Image: “I’m Asking Them [Republicans] to Stand Up for the Constitution and to Stand Against These People Who… Are Pulling Ballots Out from Under the Desk” – Rudy Giuliani Election Fraud Update

Related: Sidney Powell: I Have a Huge Bag of Shredded Ballots in My Office — Raffensperger and Gabriel Sterling Should Be Investigated

The Supreme Court and the Electoral Coup

By Joe Hoft – The Gateway Pundit

There is easily enough identifiable fraud in this year’s election to have it overturned in Pennsylvania, Michigan, Wisconsin, Georgia, Arizona, Nevada and probably many other states.

Despite Big Media promoting a group of ‘experts’ claiming this was ‘the most secure election ever‘, the real evidence indicates a totally different story. The fraud in this year’s election is cause to overturn the currently reported election results.

Required Evidence in the Courts

The Trump team doesn’t have to produce evidence “beyond a reasonable doubt” concerning unprecedented fraud in this year’s campaign. Complaints such as those filed by the President and his team, only need to show a “preponderance of the evidence”. This is the absolute LOWEST burden of proof, sometimes called the 51-49 standard, or the “balance of probabilities” standard.

The Three Burdens of Proof, (or standards as they can be referred to) are as follows:

The Trump team only has to prove a preponderance of evidence to win his cases.

According to our records President Trump entertained 1.1 Million supporters at events from Labor Day till the election. Joe Biden entertained less than 2,000! Trump’s events this year were even bigger than 2016 and he contracted COVID which kept him home for a couple weeks. Trump absolutely crushed Biden in rallies – it was as if Biden knew he didn’t need to campaign because he didn’t and if he did no one would have shown anyways.  Biden didn’t campaign in part because every time he did it showed the complete joke he and his campaign were.

President Trump had boat parades, car parades, horse parades, truck parades and more – these random events were not sanctioned by the campaign – they just happened: 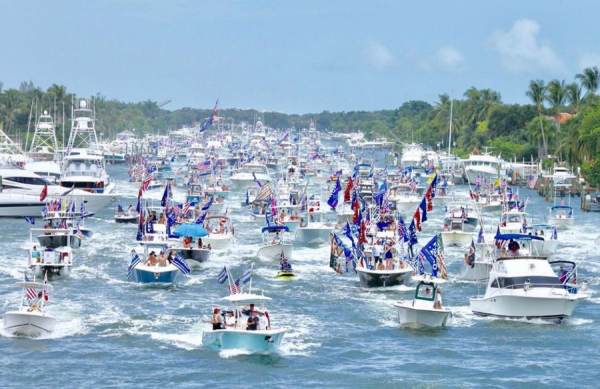 Biden tried a car parade and it failed – there was absolutely no enthusiasm behind Biden: 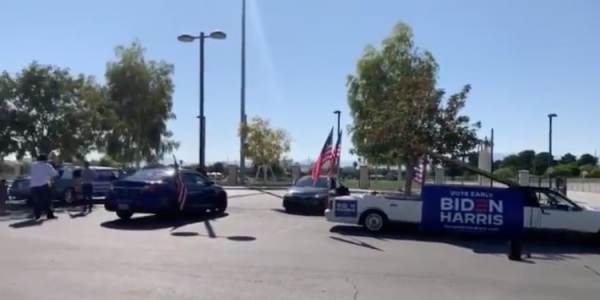 President Trump had a litany of accomplishments under his belt as well. He was the first politician in our lifetimes to do what he said he would do and then some. He created the greatest economy in the world ever with the highest stock market (up more than 60% since he won the 2016 election), highest national GDP (well over 20 Trillion) and some of the lowest unemployment numbers in history. Now President Trump oversees the greatest recovery ever with a GDP increase in Q3 of more than 30%. This record will likely never be broken.

Biden is attached to higher taxes and corrupt actions with China, Ukraine and other countries. Biden also permitted Black Lives Matter and Antifa riots in Democrat cities and oversees a very sick family as well. No one was excited about Biden and every honest American knows he stole the election.

Based on policies alone, it is difficult to believe Biden won the election over President Trump’s record setting numbers.

The Fraud is Real with a Preponderance of Evidence

Within the first 24 hours after the election we knew it was stolen. President Trump sets the record for the most votes ever and somehow the guy in the basement overcomes Trump’s record setting night and the next day Biden takes the lead in states he didn’t campaign in where he was behind by hundreds of thousands of votes on election night.  The election was stolen.

Within the first few days we saw ample evidence of fraud:

Within a week we uncovered the massive fraud and now today there are literally hundreds of affidavits filed, under penalty of perjury, discussing the numerous voter fraud incidents around the country:

And this is BEFORE we even get to the evidence of the means, motive, and opportunity for Dominion Voting Systems and their owners, administrators, and advocates to tamper with the vote counts!

We identified glitches noticeable to Americans watching the election results on TV. What started as a glitch we soon identified as a pattern because they all somehow went against President Trump

Full story at the Gateway Pundit