The truth is out there…

The UFO phenomenon never ceases to fascinate people. The most recent incident involved a collection of pictures and films of “unexplained aerial phenomena” that were exhibited in the US Congress of all places.

On May 17, 2022, at the first public hearing on UFO encounters held in the United States in more than 50 years, a number of still images and videos that had previously been classified were presented in the US Congress. The Washington Post called it a “historic testimony.”

Images that have no logical explanation

In order to dispel any remaining questions about the UFO phenomenon, Scott W. Bray, the deputy director of naval intelligence for the US, presented the US Congress with a series of photographs. I don’t have an explanation regarding what this thing is, Bray said in regards to one of the photographs during his presentation.

A triangular object that flashes and disappears

One of the photos that Scott W. Bray displayed was of a triangular object that briefly stopped moving above the American sky and was taken by a night vision camera of the US Naval Air Systems Command. According to Bray, the object did not appear to have a propulsion system and finally flashed before dissipating. 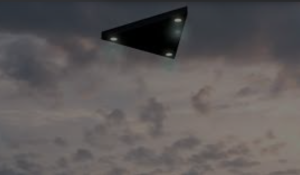 Another object intersects with a military plane

In a second illustration, Scott W. Bray displayed photos taken by a military plane as it was flying over a practice field. The Deputy Director of Naval Intelligence stated that the pilots noticed a round object that swiftly traversed the aircraft and passed past the cabin. 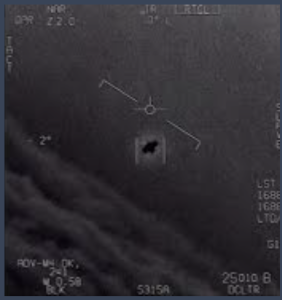 Scott W. Bray stressed that US intelligence teams have yet to discover anything of “non-terrestrial origin” in any of these incidents, as no organic or inorganic material, or unexplained debris has ever been recovered. And no attempts have been made to communicate with the objects nor have they received any communication attempts from them.

A threat to national security?

Congressmen in the US were concerned that these instances might have been international threats involving unidentified technologies. However, everyone in the crowd was speculating that the occurrences might have had an extraterrestrial origin.

In interviews with BBC News, Ronald Moultrie, the Under Secretary of Defense for Intelligence and Security (pictured), acknowledged that they haven’t been able to provide a plausible justification for all of the occurrences listed in their database.

A small number of unexplainable cases

The enigmatic incidents are a minority though, according to Moultrie. He said that most reported UFO sightings can be explained. “Any objects we find can probably be isolated, characterized, identified and, if necessary, mitigated”, he said.

“There’s a small handful (of events) where there are flight characteristics that we can’t explain with the data we have available. Those are obviously the ones we’re most interested in”, Bray said.

The UAPs (unexplained aerial phenomena) that have been featured in these cases, all of which have been registered in this database, according to the US military, appear to lack any discernible means of propulsion. 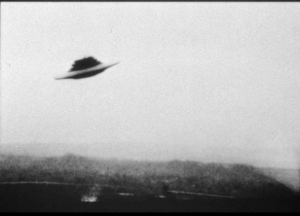 Out of 400 UFO-related occurrences documented in the US, 11 nearly resulted in collisions with US aircraft, according to data from BBC News. In Canada, similar occurrences have also taken place. 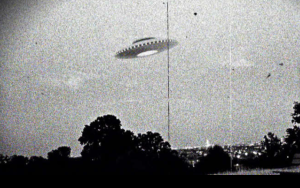 Pop culture has throughout the years created a mythology around the idea that Area 51 is a military station used as a cover for alien research. It is rumored that the US government maintains and researches captured UFOs and probably even aliens themselves in a secure subterranean facility hidden someplace in the Nevada desert. 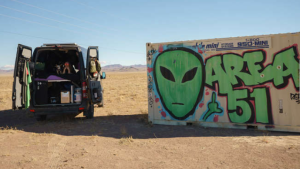 A news release from Roswell Army Air Field in 1947 claimed they had found a “flying disc,” but they rapidly changed their minds and said the object was actually a regular weather balloon. Then ufologists started spreading conspiracy theories, saying that one or more alien ships had crashed and that the military had collected aliens and covered them up. This helped to create the story of Area 51. 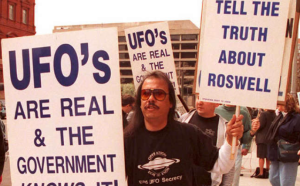 A man by the name of Bob Lazar testified in 1989 that he had worked at Area 51 and had allegedly seen images of aliens there. He confirmed that the American government made use of the facilities to look into UFOs. But he never appeared. 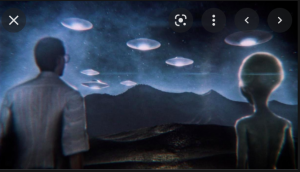 According to the BBC, Seth Shostak, an astronomer at the SETI Institute (Search for Alien Intelligence), claims that there is “weak and anecdotical” evidence of UFOs or extraterrestrial presence at Area 51. He declared in a SETI video that eyewitness testimony is the worst type of proof.

A big, unidentified object is said to have crashed on Canada’s Atlantic coast in 1967 right in front of some fishermen. Even the Royal Canadian Mint was inspired by the ‘Shag Harbor event’ to release a commemorative stamp. 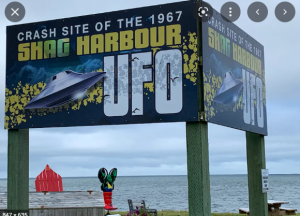 A warm welcome for aliens

A UFO landing strip has even been built in St. Paul, a small hamlet in Alberta, as a result of Canada’s ufology fever. Jules Van Brabant, the previous mayor of the city, had the concept for the elevated platform, which weighs 30 tons and was completed in 1967. Paul Hellyer, the former minister of national defense, inaugurated it. 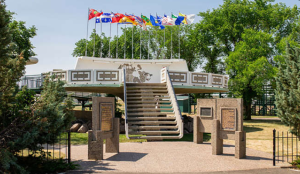 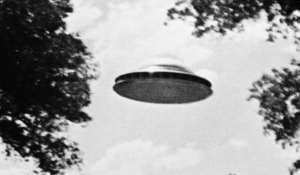 Will we ever come across aliens?

The long-serving chair of the Harvard Department of Astronomy, Avi Loeb, stated in an interview with The Independent that he is confident that humans will discover aliens and that he will be present to see it.

Avi Loeb speculates that Oumuamua, a space rock the size of a football field that was only visible from Earth for 11 days, could be some form of technology constructed by aliens and not a comet or an asteroid in his 2021 book “Extraterrestrial: The First Sign of Intelligent Life Beyond Earth.”

There has already been one confirmed sighting, according to Avi Loeb

According to Avi Loeb, who spoke to The Independent, “Oumuamua’s extreme dimensions, unsettling brightness, ship-like motions, and spectacular acceleration of 87 kilometers per second as it left the solar system” convinced him that it was the first time humans had seen intelligent extraterrestrial life because they found an object that is, presumably, made of alien technology.

The last time these concerns were debated in the US Congress before the 2022 public hearing was in 1966, during two sessions called by Gerald Ford (who years later would become president). He mentioned a UFO sighting that had occurred in Michigan and had several witnesses at the time. 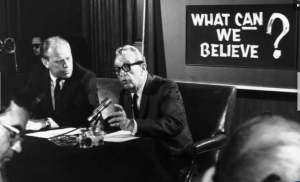 The US Air Force dubbed the study into that incident “Project Blue Book.” Swamp gas was initially blamed for what transpired, and eventually the investigation was terminated with the finding that it was impossible to identify the item that had been seen and that, in any case, it did not constitute a threat to the nation’s security. 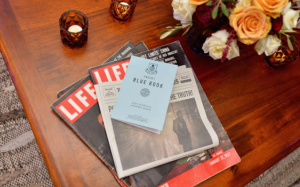 UFO sightings by army pilots who claimed to see them practically daily and that they had even interfered with nuclear weapons installations were the subject of an investigation by the Pentagon, according to multiple US media outlets in 2017, including The New York Times, CNN, and The Washington Post. 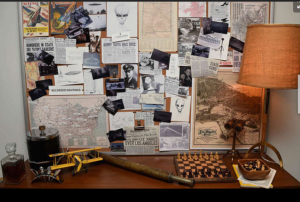 The Donald Trump administration committed to release a report on its knowledge of UFO sightings following multiple unexplained occurrences in the previous two decades, in response to a request from the US Congress in 2020. 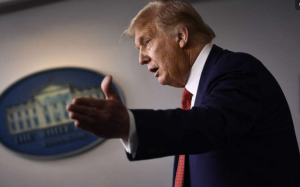 The US Director of National Intelligence stated in a report that was published just a year later, in 2021, that he had no explanation for dozens of UFO events, a number significantly lower than the 400 incidents that have been declassified this year. 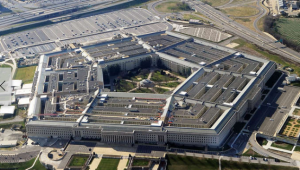 The US Director of National Intelligence stated in a report that was published just a year later, in 2021, that he had no explanation for dozens of UFO events, a number significantly lower than the 400 incidents that have been declassified this year.

Is there life on other planets?

Are UFOs displays of extraterrestrial technology or foreign powers doing infiltration work? For rational minds, the extraterrestrial explanation is hard to believe. But as the motto of the famous poster that agent Mulder in the series X-Files hung in his FBI office said: “I want to believe”.