The giant snowstorm is causing chaos across the United States

MILLIONS of people are bracing for a week of dangerous conditions and bitterly cold temperatures as a huge snowstorm closes in on major American cities.

The wave of snow has already caused travel chaos in the Midwest and storm warnings have been issued for parts of the Great Lakes and the Northeast today.

New York State, New Hampshire and Vermont can expect up to a foot of snow, while parts of Pennsylvania and Ohio could receive eight inches.

Thermometers will then to plummet 15 to 30 degrees below average as a wintery mix of rain and snow batters The Plains and even parts of the South.

Daniella Banks, a meteorologist for The Weather Channel, said: “This could wind up being a really big ice maker.”

An out-of-control plane was left skidding off an icy runway at  Detroit Metropolitan Airport over the weekend. 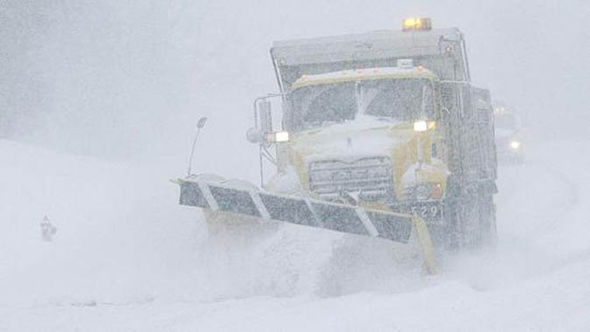 New York State can expect up to a foot of snow

In a statement, Delta said the jet had just landed and was turning from the runway onto the taxiway when it “left the pavement” and swerved onto the snowy grass.

The death toll remains zero but 92 people have been injured in over 1,300 car accidents in Minneapolis, a local NBC channel reported.

The violent snowstorm has also caused hundreds of car crashes in Minnesota and canceled more than 1,400 flights in Chicago. 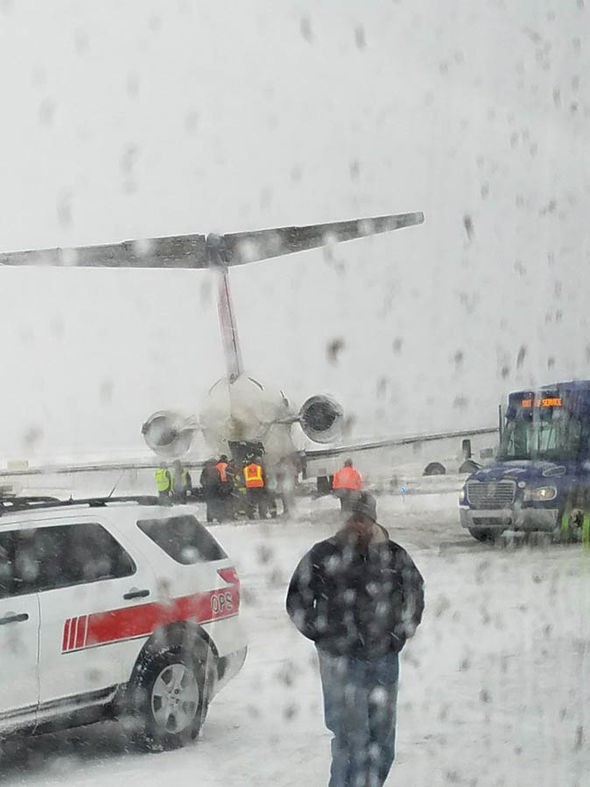 A Detroit plane skidded off the runway in the icy weather