U.S. oil production hit a historic milestone, pulling more than 10 million barrels per day out of the ground last November, according to the latest federal data.

Indeed, the Trump administration has rolled back regulations on energy production and offered up more parcels for drilling. However, almost all of the oil production gains came from hydraulic fracturing operations on private and state lands. 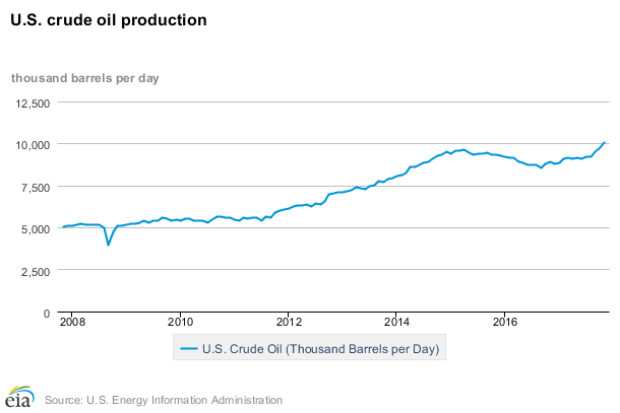 “Just a decade ago, our net imports were 60 percent of total demand. Now, they’re 20 percent,” economist Daniel Yergin told CNBC. “U.S. oil production, in fact, was half of what it is now a decade ago, during the financial crisis in 2008. But the high oil prices of 2008 were also the catalyst that propelled the U.S. shale industry, which has used evolving new technologies to extract oil from places once thought impossible.”

“The U.S. could add upwards of 2 million barrels a day from where we are today by the end of 2019,” Yergin said.