Above is a photo taken from the Microsoft Picture library of a scene in the San Juan National Forest in Colorado, USA. What do you see?

An early Spring scene with patches of snow covering hollow parts of the mountain in shade from the Sun. We can discern the Sun is behind the mountains at a low angle to the ground surface and thus at lower intensity than say at noon, when it would reach its highest in the sky.

As a consequence of weak sunlight being partially blocked we see snow remains in the distant hollows. This is because the Sun’s rays cannot reach into the hollows to melt the snow.

However, there is clear sky above the scene so any Greenhouse Effect radiating down from the sky should have melted the snow (and do so evenly) according to the standard definition of the greenhouse gas theory which states that ‘heat trapping/back radiation/delayed cooling’ by the atmosphere should make the earth’s surface warmer than can be achieved by solar radiation alone. 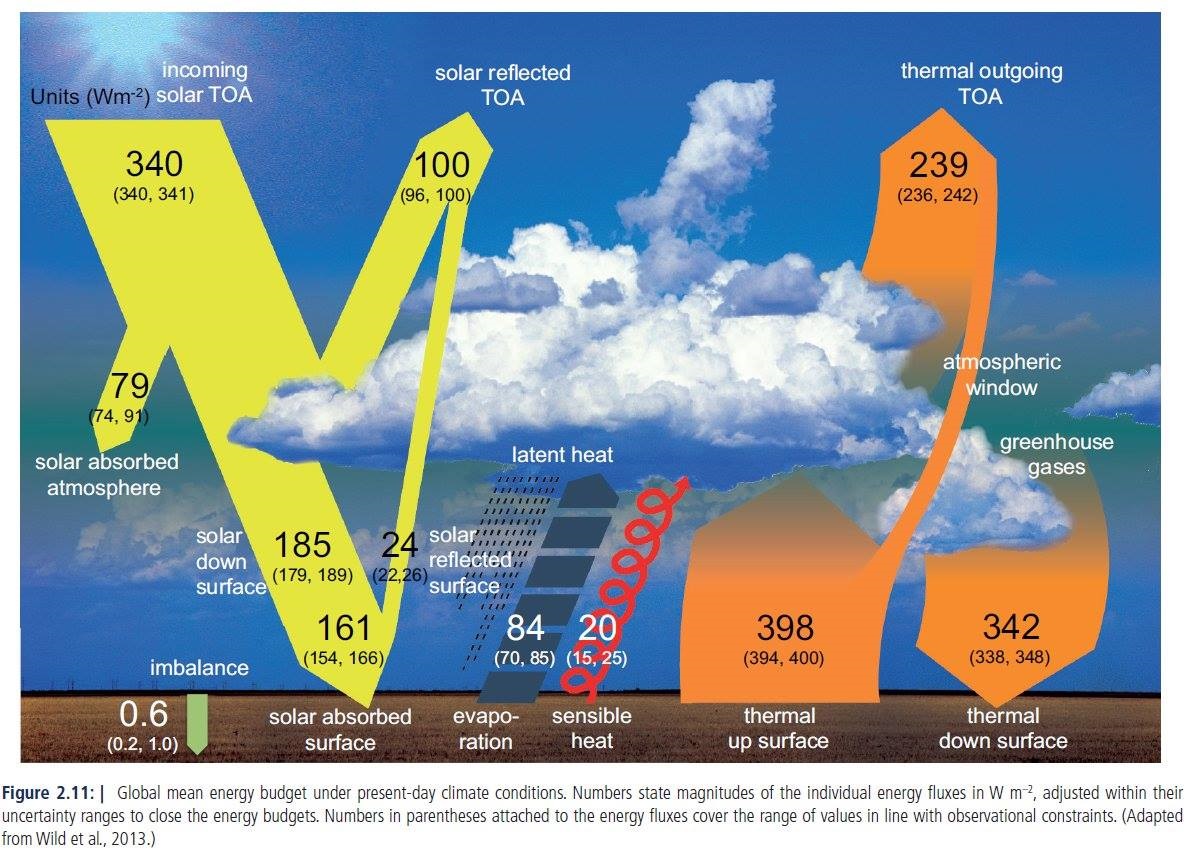 If we look at the UN IPCC diagram of the Greenhouse Effect from their 5th Assessment Report ‘Summary for Policy Makers, Figure 2.11 (above), it show that the atmosphere is claimed to possess twice the energy as that of the incoming Sun’s rays and thus more able to melt snow than the sun alone.

The above is verifiable, observable evidence from Nature that ought to be persuasive even to non-scientists that carbon dioxide is not trapping heat or delaying cooling.

Direct sunlight has the power, all by itself, to melt the snow.

This simple proof should be sufficiently convincing to bring the majority of the public onside and stop the stupid waste of time, effort and money supposed to combat anthropogenic climate change.

Related: On Global Warming Effects On Race And Migration