The “green” socialist madness is complete. Remember, she has an actual education from Boston University, majoring in economics and international relations … Her disconnect from reality strongly suggests – that education was a complete waste of time and money.

AOC: “As we battled the floods fires and droughts we knew how lucky we were to have started acting when we did and we didn’t just change the infrastructure we changed how we did things we became a society that was not only modern and wealthy but dignified and humane too by committing to universal rights like health care and meaningful work for all.”

“It turns out caring for others is valuable low-carbon work and we started paying real money to folks like teachers domestic workers and home health aides.”

Alexandria Ocasio-Cortez has produced a video that reveals her ego may be even grander than her Green New Deal ambitions. AOC envisions her election to Congress as the catalyst that saved America and the climate! AOC believes her Green New Deal will alter the future climate and save the planet.

The AOC video appeared on the website of The Intercept and was featured in an article by climate activist Naomi Klein . Klein has long called for choosing between capitalism or a livable climate. See: Author Naomi Klein: We Must We Choose Between Capitalism and Climate

Others greens have also take on capitalism to save the earth. See:Warmist George Monbiot explains how to prevent ‘climate breakdown’: ‘We’ve got to go straight to the heart of capitalism and overthrow it’ 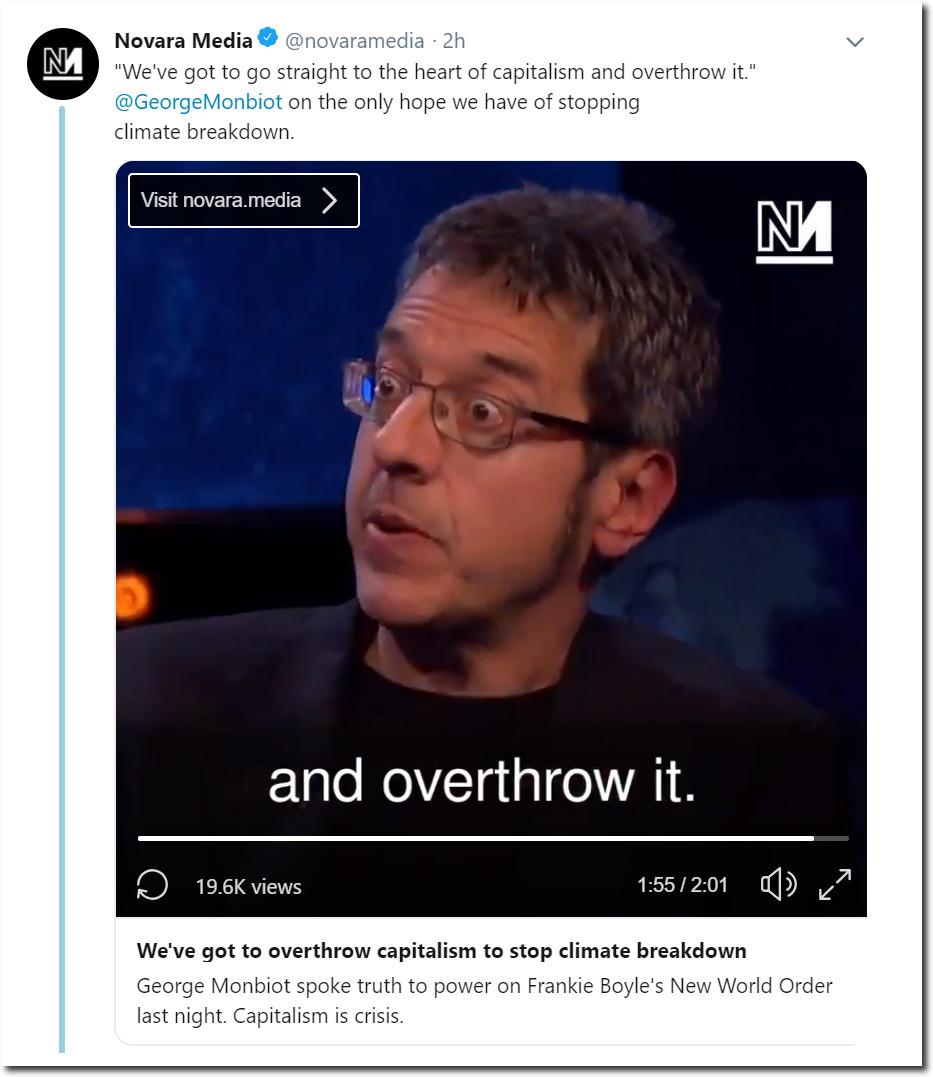