School strikers across the world are demanding urgent action on climate change in the movement’s first global action since the coronavirus pandemic struck. 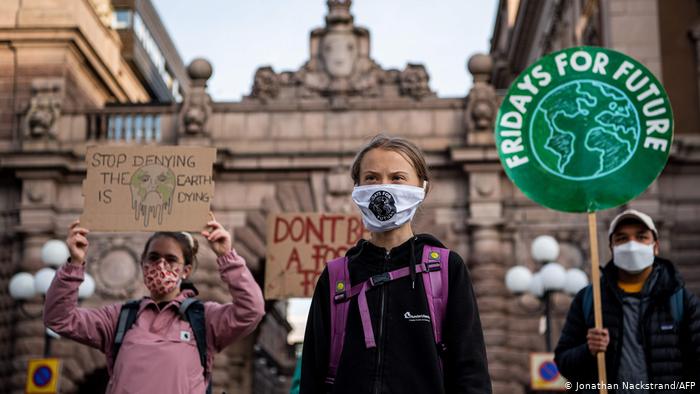 Today they are taking to the streets once more.

The Fridays for Futures movement, which started with activist Greta Thunberg skipping school to sit alone outside the Swedish Parliament in 2018, has become a global youth force calling for climate justice. But a surge in support last year was hobbled after coronavirus lockdowns closed schools and kept children at home.

The protest on Friday is the group’s first global action since the pandemic struck and follows meetings between prominent activists and world leaders. Last month, Thunberg and three other climate activists presented German Chancellor Angela Merkel with a letter signed by nearly 125,000 people demanding EU leaders “stop pretending that we can solve the climate and ecological crisis without treating it as a crisis.”

They have called for an immediate halt to investments and subsidies in fossil fuels and, in Germany, pressured the government to bring forward its deadline to phase out coal from  2038 to 2030,  and to go carbon-neutral by 2035 instead of 2050.

In cause you don’t open this link, the activist, M. Mann is lying!

Michael Mann: “A second Trump term is game over for the climate – really!”