Forget the Paris Agreement, says William Kininmonth, former  supervisor of climate services in the Bureau of Meteorology and a consultant to the World Meteorological Organization:

It is time to re-evaluate our national commitment to the Paris Agreement and its requirement for emissions reduction. As a nation, are we pauperising ourselves in a cause that is now demonstrably false?…

It is also worth noting that the observed 1.2oC per century rate of global warming of the lower troposphere is less than the lowest model projections. A continuation of this rate of warming would not exceed the 1.5oC aspiration of the Paris Agreement until the 22nd century.

The observations point to recent warming being a result of internal variability of the climate system and not anthropogenic emissions of carbon dioxide. A reversal of the cyclic warming trend that has been evident since the early 17th century would mean that investment in emissions reduction has been and will continue to be a wasted effort. The nation would be left with an expensive but fraught energy infrastructure based on wind and solar, and with social infrastructure for education, health, etc. continuing to be substandard because of a misallocation of resources.

The government must recast its energy policy and focus on availability and low cost. This is the only way to redress the ongoing misallocation of resources that is depriving infrastructure and social services. A key factor underpinning national prosperity must be relatively cheap and reliable energy.

Just occasionally, though, a more balanced study does slip through the net — like the one just published by a team from Oxford University. The study by Nathan Cofnas et al — Does Activism in the Social Sciences Explain Conservatives’ Distrust of Scientists? — pours scorn on the idea that conservatives are any more anti-science than lefties. It’s not science they distrust so much as scientists — especially ones in more nebulous, activism-driven fields like ecology or sociology. As Cofnas told Campus Reform, a site that exposes left-wing bias at universities: ‘Conservatives are right to be sceptical. Take any politicised issue that is connected to some disagreement about scientific fact. I do not believe there is a single case in the last couple of decades where a major scientific organisation took a position that went against the platform of the Democratic party.’ He added: ‘What an odd coincidence that “science” always, without exception, supports the liberal worldview.’

The Commission’s climate change chief, Miguel Arias Canete, said last month he was considering increasing from 40 to 45 percent the size of cuts to harmful carbon dioxide emissions that EU countries should target by 2030 in response to evidence that climate change was gathering pace.

“I’m not particularly happy about these new proposals,” Merkel told ARD public television. “I think we should first stick to the goals we have already set ourselves. I don’t think permanently setting ourselves new goals makes any sense.”

And the reason is very easy to see, as Bloomberg report: 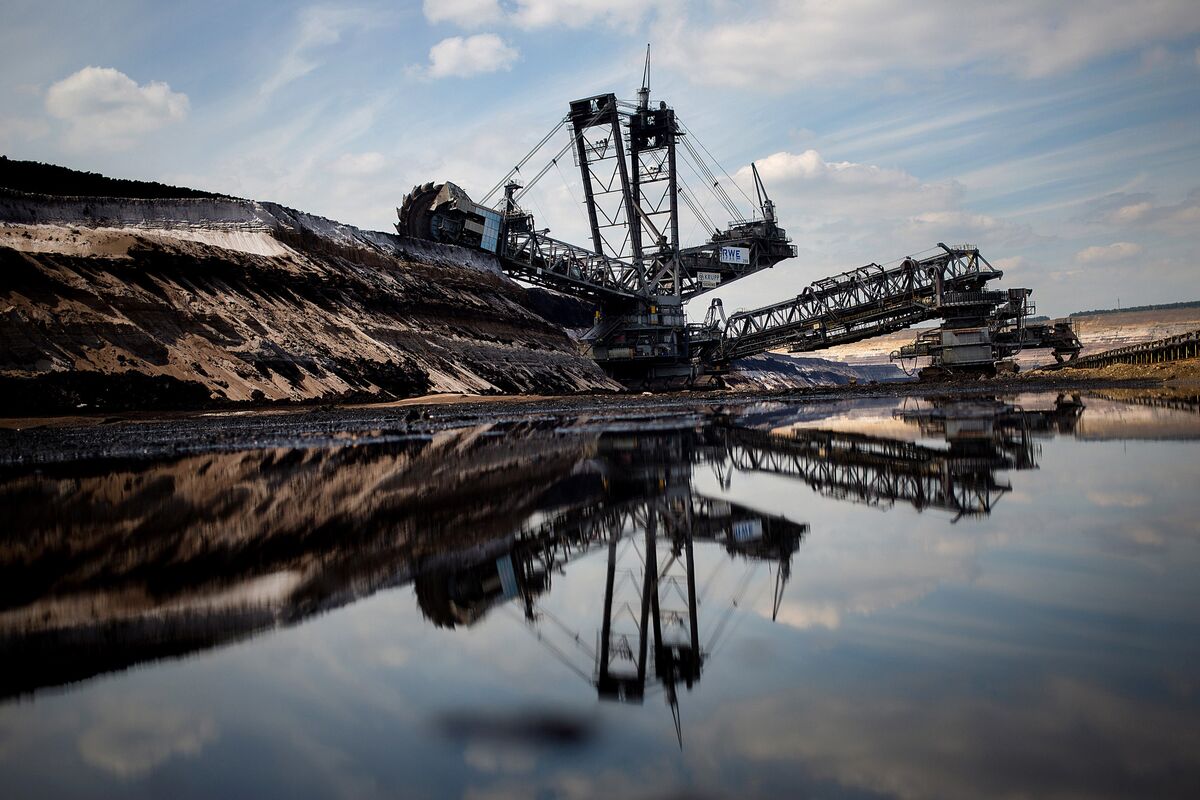 Germany’s states are upping pressure on Chancellor Angela Merkel to keep coal-fired power for as long as 30 years as the nation approaches a deadline for setting an exit date from the fossil fuel.

Merkel’s administration is committed to shuttering about 120 lignite and hard-coal plants to cut emissions and plans to set a final exit point in October. As the deadline nears, six states where coal power is concentrated have banded together to keep an extended lifeline for the stations.

“A 25- to 30-year time frame to close the chapter on coal power is realistic,” said Saxony’s Prime Minister Michael Kretschmer in an interview in Leipzig on Tuesday. “We need time to reset regional economies now dependent on coal.”

Merkel faces tough choices. Coal states run by the same parties that make up her federal coalition fret that a rapid reduction of fossil-fuel plants will leave a huge economic hole in their regions and threaten the security of power supplies. But hard coal and lignite push out about a third of the nation’s carbon dioxide emissions, which Merkel is committed to cutting.

The six states, which includes North-Rhine Westphalia, home to utilities RWE AG, Uniper SE and STEAG GmbH, this week petitioned a group set up by Merkel to plot a coal exit, demanding that it strikes a balance between climate goals, energy security and power prices.

The 28-member “coal commission” of government aides, labor unions, utilities and environmentalists tasked with setting a coal power exit date, mapping out closures and spelling out how to substitute coal power.

State premiers such as Kretschmer and the leaders of North-Rhine Westphalia, Saxony-Anhalt, Saarland, Brandenburg and Lower Saxony are concerned that Germany’s lackluster record in cutting emissions may tempt Merkel to seek a quick fix by closing some of the oldest coal plants.

“The temptation is there,” said Kretschmer. “That would be premature indeed.”

As many as 65,000 direct and indirect jobs hang on coal power generation and lignite mining, according to Psephos GmbH, a think tank. Saxony, Brandenburg and Saxony-Anhalt — all signatories of this week’s letter to the commission — face regional elections next year, which will be fought by the populist Alternative for Germany party.

“The crux is we have to get it right,” said Brandenburg Prime Minister Dietmar Woidke in Leipzig. “There are 40 coal regions in the EU and they’re all watching what Germany does. Get it wrong and we’ll be a role model for none.”

Needless to say, for Germany to keep coal alive up to 2050 would drive a coach and horses through EU climate targets, and will certainly make it nigh impossible to force eastern countries such as Poland to give up coal power.