On June 9, with only a few hours’ notice, NASA held a press conference to announce a study it was commissioning on unidentified aerial phenomena (UAPs). The acronym is a rebranding of what are more popularly known as unidentified flying objects, or UFOs, a topic usually associated with purported extraterrestrial visitations and government conspiracy theories. The question on the public’s mind was why one of the U.S.’s premier scientific agencies was getting involved in something often considered to be at the farthest fringes of respectability.

Yet the pronouncement also fit in with the suddenly more open-minded zeitgeist regarding UAPs. Last year saw the publication of a much-anticipated report on the Department of Defense’s own investigations into the subject, following the release of first-person accounts and video from U.S. fighter pilots claiming to show encounters with strange objects in the skies. High-profile coverage in mainstream media and open congressional hearings about UAPs have kept the matter circulating in the public realm. A month after the Pentagon’s report came out, theoretical astrophysicist Avi Loeb, former chair of Harvard University’s astronomy department, announced a private initiative called the Galileo Project, which is aimed at searching for potential evidence of alien technology here on Earth. 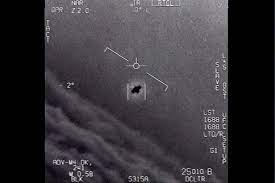 What NASA can bring to this discussion is as yet unclear. The agency has set aside a slim $100,000 for the nine-month study—less than the typical funding it provides for exploratory studies of unconventional technologies such as space telescopes with kilometer-scale mirrors or interstellar probes propelled by giant laser beams. Helmed by the well-respected Princeton University astrophysicist David Spergel, the investigation intends to identify existing and future data sets scientists could use to advance their understanding of UAPs. Even if it uncovers little of interest, the study’s existence suggests that something the agency once avoided talking about at all costs is on the cusp of becoming an appropriate topic of inquiry.

“There’s no question you have a lot more voices in scientific and academic circles who are willing to be public and say this is a legitimate enterprise,” says Greg Eghigian, a historian at Pennsylvania State University, who is writing a book about UFO sightings.

NASA’s unexpected UAP announcement is perhaps a bit less surprising in hindsight. The agency’s current administrator, former astronaut and senator Bill Nelson, told reporters last year that he was sure U.S. pilots who reported mysterious encounters “saw something, and their radars locked onto it.” The Office of the Director of National Intelligence and the Office of Naval Intelligence officials behind the Pentagon’s UAP task force had previously spoken about involving multiple branches of government in their investigations, Eghigian says. “NASA was one of the agencies mentioned,” he adds.