Camper was ‘feeding the beasts through cage bars’ when they attacked, say reports.

Surgeons were unable to save her left arm which was amputated by doctors due to the severe damage caused by the wild bears.

Igor Borodin, head of Traumatology department at Amur regional hospital, said her left arm was impossible to save due to ‘severe fragmentation’.

He said: ‘The left arm was amputated above the elbow.

Surgeons managed to save this arm, he said.

The ‘zoo’ at Zelenaya camp site has an outer fence which is supposed to prevent tourists coming within touching distance of the predators in their cage. 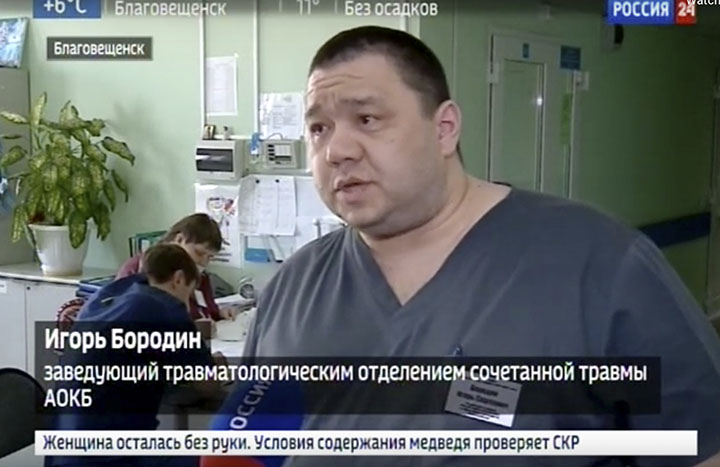 Investigators are now checking the circumstances of the attack by the two bears to understand if a criminal offence was committed. A similar tragedy occurred at the same camp site in 2016 when another female victim climbed over the fence to feed the bear.

A woman who filmed the victim claimed that  ‘she wasn’t even close to their cage’. Another camper called Natalia  said she saw the victim and her group before the attack.