The new, “Green” Klondike Gold Rush – Where only crooks get to be rich

If massive subsidies tacked onto your power bill and directed to wind and solar generators wasn’t enough, there’s a government backed slush fund channelling hundreds of $millions into the wind and solar scam, as well.

In Australia the Clean Energy Finance Corporation is a Federal government backed outfit that has been doling out soft money to large-scale solar and wind projects that otherwise struggle to raise the capital needed to get off the ground.

But most operations run by bureaucrats, the CEFC is long on spin and waffle and short on hard numbers and accountability.

A couple of weeks back, One Nation Senator, Malcolm Roberts set out to get behind the bureau-speak and uncover precisely how much taxpayers’ money is being squandered by the CEFC. 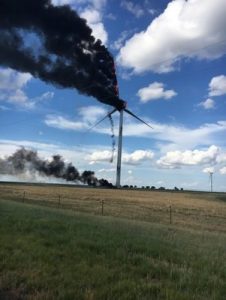 The CEFC holds $10 billion of taxpayer money to be used on wasteful green projects. They are meant to get a healthy return for splashing your cash at renewable pipe dreams, but their profit has gone down by 30% in a year.

All of this is to supposedly cut down on harmless CO2, which you and I breathe in and out all day. The fact that the CEFC exists is just another example of how green-left this apparently conservative government has gone.

Senator Roberts: Thank you chair. Could you tell me what is clean energy? Just a quick preliminary question before we get into it.

CEFC: Well, ideally Senator clean energy is one that is doesn’t produce emissions.

Senator Roberts: Emissions of what?

CEFC: Emissions of carbon dioxide or their equivalent is how we would, I guess broadly considered technically. I mean, it’s not a technical term, but in the, in the general parlance.

CEFC: Yeah. I mean, it’s omnipresent around us. I appreciate that, Senator. But what we’re about is is trying to decarbonize the Australian economy in the electricity sector and the ag sector and infrastructure and property and so on. So that’s, that’s what we’re about. And part of that is investing in renewables which are of course, clean energy.

Senator Roberts: So there are a few leaps there we’ll, we’ll ignore the leaps. But if we look around inside this building and outside. Everything that we see in here has come from the use of energy and human progress over the last 170 years has been due entirely to the ever decreasing cost in real terms of energy except for the last 25 years, since 1996 where the costs have doubled and in fact more than doubled. So we’re reversing human progress on the basis that carbon dioxide is a dirty gas, correct?

CEFC: In fact, power prices during the day in many states of Australia are extremely low today, and in some cases have been negative. So I don’t know if that is always the case.

Senator Roberts: Wholesale prices and consumer prices, especially for families have increased dramatically in the last 25 years. So let’s get onto the clean energy finances claim. This is quote, we invest to lead the market operating with commercial rigor to address some of Australia’s toughest emissions challenges in agriculture, energy generation and storage infrastructure, property, transport and waste with $10 billion to invest on behalf of the Australian government. We work to hope that’s the people we work to deliver a positive return for taxpayers across our portfolio. So the clean energy finance corporation is normalised surplus. What some people might argue is akin to a profit from operations. Excluding extenuating circumstances in 2019-20 was $100.5 million compared with $143.6 million the year before. Isn’t that a disappointing decline? And do you expect a recovery?

CEFC: We’re very proud of our economic record, Senator and the you know, the operating surplus that we produced last year we think is, we think is a significant achievement. In fact, when you take away from that operating surplus net operating circles the cost of government funding we still produce a profit for the Australian taxpayers. So we, you know I think what we’ve done investing successfully across all those sectors that you mentioned it has been a terrific achievement.

Senator Roberts: So what does it return? I would calculate it as about 1%.

CEFC: Well, it depends how you, how you look at it. Senator we, we’ve directed by the government to try and achieve a portfolio benchmark return across across the whole portfolio. And if you look at our sort of cumulative return through to 31 March of this year our return is approximately 4.63%. So I, you know, I think that’s a that’s a very positive return.

Senator Roberts: Okay. Secondly, the clean energy finance corporation impairment provision at 30th of June, 2020 was $121.1 million compared with 59.7 million in the previous year. So that’s a 100% increase and it represented 5.1% of loans and advances at amortised cost compared with 2.3% in 2018, 19. So it’s more than doubled.