One of the main forces behind Socialism (or Communism, Fascism, Nazism, Marxism, Leninism and Islam – all totalitarian systems of the evil left) has always been envy (documented by their desperation of equal outcome – that is, for everybody else, of course ..!!), the kind that gleefully accept personal hardship, agony and destruction if the person, or people you envy also get affected, and even more so if they get more affected than you, or worse ..

Of course you can’t say that businesses and other people’s wealth should just be given to you, so who should it be given to in order for you to, at least get a part of it?

Yeah, to the society, the state ..

That is the reason they shield the “rich” (including companies) they think are helping them, and that is why many of the “rich” (and companies) are supporting socialism, for protection.

Given enough leash – and time, there will not be wokeness enough to save even the last “rich”!

As we saw for example in China and the Soviet Union, it doesn’t stop with the rich, – that is when Gulags and mass graves starts to appear.

As it turns out, you can envy most everybody!

Did U.S. soldiers die so Marxism could rise in the military?

The communist takeover of America happening in real time

Video: Bill Whittle
The super-rich true believers in climate causes, racial justice causes, and other virtue signals, find ways to use their fabulous wealth in ways that make them appear down with the struggle. Mansions and yachts can be acquired in ways that show how much you really care about the planet — and incidentally, some of the people on it. Have you tasted the new Diet Woke?

Has socialism harmed no one? 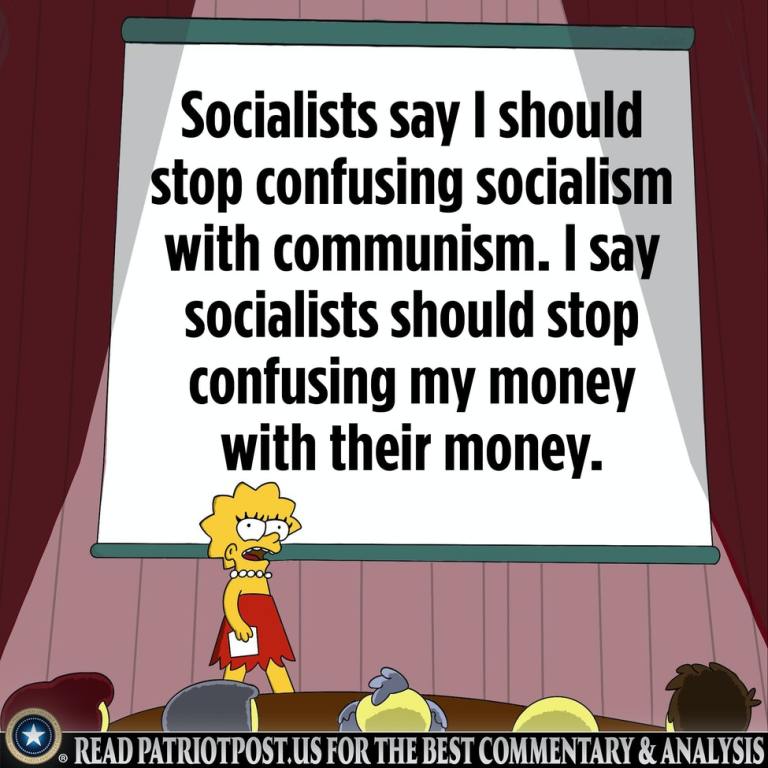