Video: Anything Goes
France to be the first euro example of a failed state?

‘History is going backwards’ as violence against European women rises

Video: Sky News Australia
Author and human rights activist Ayaan Hirsi Ali has criticised European governments for not cracking down on violence against women from the high volume of men migrating from “Muslim-majority countries.”

“European women who we thought they were emancipated, public spaces were safe for women, we’re seeing them adapt in the way that Muslim women and immigrant women have adapted,” she told Sky News host Andrew Bolt.

“This is history going backward.”

Death toll during the holy month of Ramadan 2021

For 30 Days, I will report daily the terrorist attacks, the crimes, the butcheries of Ramadan Bombathon 2021

MUSLIMS say: “France is a Muslim country now; France used to colonize us, now we colonize them”

Paul Joseph Watson breaks down how the violent replacement migration by Muslim populations in France is being emboldened by virtue signaling leftists. And America is not far behind now. 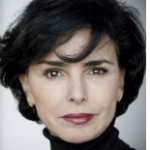 A Paris Mayor who was raised in a Muslim household by Algerian immigrant parents threw her support behind a controversial letter by current and former military chiefs who said that if nothing is done about the ineffective policies on  Islamic extremism, it would require “the intervention of our comrades on active duty in a perilous mission of protection of our civilizational values.”

GETTING WORSE! In Europe, the Muslim invaders are preying on girls and women in record numbers, as rape and sexual assault crimes continue to skyrocket

As Geert Wilders, leader of the Dutch Freedom Party said in 2016:, “It is sexual terrorism, a sexual jihad, and it happens everywhere in Europe, everywhere where the red carpet is laid out for these testosterone bombs.” Now, five years later, the problem has gotten worse and much more widespread since the arrival of more than 1.5 million mostly military-aged male Muslim “rapefugees.”

In Spain, saying migrants get more money than retirees is now a ‘hate crime’

The former generals say that a military coup might be necessary to stop a potential ‘civil war’ in France. The open letter was signed by 20  generals and 80 other former military officers who have pledged to support Marine Le Pen, head of the National Rally Party, long dedicated to eliminating the Islamic terror threat and the Muslim strain on the economy, by stopping or severely reducing mass Muslim immigration.

An Egyptian terror group linked to ISIS has executed three men including a Coptic Christian as a warning for supporting the country’s armed forces. Nabil Habashi Salama, 62, a member of Egypt‘s minority Coptic Orthodox Church, was shown being shot in the back of the head in a video released Saturday.

Looks like the Islamic State (ISIS) is back in business, posting their favorite videos of people being beheaded by the terror group. Love the ‘catchy’ music.

How long before they will be among the tens of thousands of illegal aliens being welcomed at our Southern border by the Biden regime? (Viewer Discretion Advised)

This happened in 2015. When word gets out that she has destroyed a quran, an angry mob of foaming-at-the-mouth Afghan men start beating her until her face is covered in blood. Two police officers tried to help her but the growing crowd overwhelmed them as they continued beating the life out of her while shouting “defend Islam,” until she was dead.

Her limp body was then placed in front of a car that runs her over and drags her 300 feet. The mob decides to throw her dead body into a river bed after which they started pelting her with rocks. They then set her body on fire, while joyously shouting “Allah Akbar.” Police don’t arrest anyone, they just tell the crowd to disperse.