FAKE News getting paid for its part in the election rigging and theft of 2020: 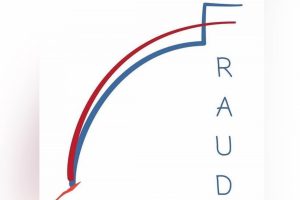 January 6 was a deep state operation, an operation to cover up for the coup on November 3. The left is too stupid to succeed the narrative of leftist criminals and mafia aunts like Pelosi and lying Coward’ like Liz Cheney:

Video: Dinesh D’Souza
In this special episode, Dinesh has an in-depth conversation with Julie Kelly, the only investigative journalist genuinely covering the January 6 trials and aftermath. Slowly but inexorably, the Left’s entire narrative surrounding those events is unraveling, and Dinesh and Julie will explore all the dimensions of this collapse. What really happened? What were the motives of those who did it? Is justice being served or abused by the powers of the state? Why does the GOP refuse to intervene or at least speak up? Dinesh will conduct an honest, fact-based inquiry focused on specific actions and specific cases with the woman who has doggedly pursued the truth in the face of obfuscation, procrastination and lies

In the era of selective enforcement of laws the chances of unbiased rulings is rather slim given the fact that the people doing the selecting is also the same who is doing the rulings ..:

She’s saying President Trump is a leftist?? Why would the left attack, lie and smear their own? Clearly, this is something she didn’t think through, just another example of low IQ Alinsky-style projection, typical for the dishonest left ..:

HUGE WIN For Arizona Senate: CyberNinjas WILL Access The Routers As Requested – Questions WILL Be Answered

Now that audits have become a reality and more states are lining up ..

The Supreme Court members recent public statements seems to be an admission of guilt. The country has been taken over by criminals, the Supreme Court could have stopped it but did nothing. Now that everything is turning to shit and more audits are coming they worry people will be looking for who’s responsible. Even traitors in the Supreme Court should hang!

Clarence Thomas: Supreme Court could be ‘most dangerous’ branch of government

Half of America Says Jan 6 Protesters are ‘Persecuted, Political Prisoners’

18 states passed election reforms this year. Here’s what they did

LOST BALLOTS in Arizona, Wisconsin And Nevada Exceed Biden’s Victory Margins: “MARICOPA COUNTY Alone Has Admitted That They Sent 110,000 Mail-In Or Absentee Ballots To What Turned Out To Be The WRONG Addresses,”

An important American demographic has been silent about election fraud

The correlation between Afghan bombings and … election audits

How the 2020 election was stolen from Donald Trump

15 million votes in 2020 election not accounted for, report finds

Can Americans Trust Their Elections Anymore?

AZ State Senate Launches Arizonans for Voter ID Act – VOTER ID REQUIRED No Matter How, When, Where Ballot Is Cast

Leftists caring about the rule of law after rigging and stealing an election, after open borders, after rioting for months, after millions of abortions ..

Yeah right, good luck with that, you hypocrites!!

It’s all about optics for the left.

There’s no real, organic, popular support for anyone or anything on the left. All activists and actors we see are paid, everything they do is directed, planned and coordinated by deep state operatives and financed by leftists billionaires ..:

It will be a sad day when the dictator discover his tea is again floating in the Boston harbor ..:

Conservative Protests in the USA 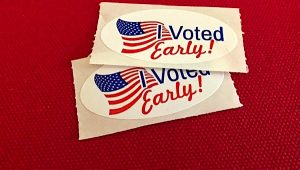 The rash of election-system scandals across America, already evident in multiple states where results proved pivotal during the 2020 election, has now spread to Colorado.

A “serious breach” of one county’s voting operations has been reported, and is being investigated, according to a report from Colorado Newsline.

A statement from Secretary of State Jena Griswold, part of a one-party rule in the state run by a Democrat governor and Democrat majorities in both state legislative houses, said the events developed in Mesa County’s voting system.

Griswold said she has requested an inspection of “election equipment and other relevant materials” to find out how voting-system passwords came to be posted online.

Griswold claimed the event was not during an election so it did not create “an imminent direct security risk to Colorado elections.”

But the appearance of passwords online certainly contributes to concerns that the state’s operations lack a required level of security to give voters a confidence in future events.

The events developed in Mesa County, where Clerk and Recorder Tina Peters, a Republican, survived a 2020 election to recall her. Full article ..

Trump: Where Are The Routers?!?!

The simple fact that they don’t want an audit is a good enough reason for a full forensic audit. Imagine if the shoe was on the other foot ..: Former Milwaukee County Sheriff David Clarke lead thousands of protestors to the Wisconsin state capitol in Madison on Friday to call on Republican lawmakers to order a forensic audit of the 2020 election. The move follows Arizona’s effort to audit the highly contentious election, contested by former President Donald Trump, who continues to dispute the results of the election.

Following efforts in Arizona, former President Trump has called for forensic audits all across the country and has continued to push his claims of electoral fraud and malfeasance, prompting a group headed by conservative pundit and former Milwaukee Sheriff David Clarke, a staunch Trump supporter, to answer his rallying call and organize the event.

Speaking at the rally on Friday, which saw a turnout numbering in the thousands, Clarke described Wisconsin’s election processes as resembling “that in a banana republic.”

Impressing!! He even fail FAKE polls ..:

Biden’s Polls Are In A Free Fall

Criminals in the deep state:

WOW! After 7 Months FBI Dirtbags Stalk and Arrest Trump Supporter and “Insurrectionist” Dressed as George Washington for Walking into US Capitol on Jan. 6 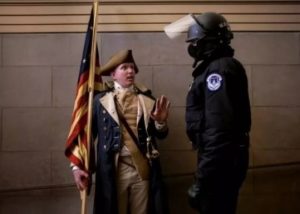 Dangerous villain dressed as Founding Father apprehended by astute patriots at the FBI.

Your tax dollars at work–
Dirtbags at the FBI stalked and arrested a small-town locksmith from Nevada, Missouri this week after months of investigating him and tracking him down in rural Missouri.

Isaac Yoder dressed as Founding Father George Washington and walked into the US Capitol where he was seen talking with police before he exited the building.

The court costs and attorney fees will likely destroy the small-town locksmith.

Not one single FBI agent has the balls to say “Enough!” to this abuse… And, of course, the GOP is silent.

Looks like “Hilloccio let Pelosi borrow her murderers, the criminals from the deep state to cover up her crimes before, during and after January 6. Isn’t that nice, criminals do like to share:

Brave AZ Senators Wendy, Kelly and Borrelli Are Ready to “ACTIVATE” and “RELEASE THE KRAKEN” after Maricopa Officials Defy Subpoena

They have no choice now, they have to retain power – or hang for treason, a fact that should make the path rather clear for the Patriots, start arresting criminals!:

Sen. John Barrasso: Democrats’ No. 1 Goal Is Passing S1 where You Don’t Need to Have a Voter ID Anymore – Making It Easier for Democrats to Cheat

Gen. Flynn Exclusive: 10 Indisputable Facts on the 2020 Election That Argue for Audits

Bannons War Room The Marxist Assault on The American Family