From the pretentious, self hating left ..

Wokeness: An Evil Of Our Age 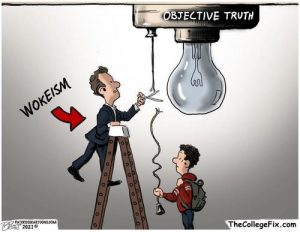 History is replete with examples of nations, successful and not-so-successful alike, that abruptly committed suicide.

The ancient polis of Corcyra devoured itself in a bloody conflict as a collective madness took hold of the island city-state during the Peloponnesian War.

The Jacobins in 1793 hijacked the French Revolution and turned a movement toward a constitutional republic into a totalitarian, year-zero effort to destroy the past and ensure equity for all—or else. The Reign of Terror—and eventually Napoleon—followed.

The effort to force war-weary Czarist Russia to reform into a constitutional monarchy ended up being kidnapped by a small but lethal clique of Leninist Bolsheviks. What ensued was the destruction of Russian life—and millions of corpses—over the next 70 years. Ditto Mao Zedong’s various murderous resets culminating in the cannibalistic “Cultural Revolution.” Mao’s final tab was 60-70 million deaths of his fellow Chinese.

French, Russian, and Chinese wokists all toppled statues, canceled out the nonbelievers, wiped away history, tore down monuments, and declared themselves the purest of all generations in their year zero—before getting down to the business of dividing up the spoils and settling scores.

Most of these bloodbaths started out with the supposedly noble idea of delivering social justice, equity, and fairness before they inevitably went deadly and feral. We should be just as worried about our own woke pandemic.

Start with the idea that “wokeness” is an ideology divorced from reality. Nearly all of its premises are complete distortions.

Between 2017 and 2020, minorities had made the greatest gains in employment in U.S. history. Women currently represent about 60 percent of all college students.

Recent wage gains for minority middle-class Americans outpaced those of the white working- and middle class. The latter were underrepresented in college enrollments and as graduates—but vastly overrepresented (at twice their percentage of the general population) in the toll of combat dead in Afghanistan and Iraq. Asian-Americans and a dozen other ethnic groups outpace so-called whites in per capita and household income. “White privilege” is usually a sloppy term that applies mostly to the white elites who use it to smear others.

America was in our sixth decade of “affirmative action,” the euphemism of ensuring equity of result by calibrating race and gender—but not class—in hiring and admissions. Proportional representation and disparate impact continued or were even enhanced. But they became increasingly selective as entire fields from the Postal Service to professional sports were somehow exempt from racial set-asides applied to others. Quotas disappeared when the marginalized were “overrepresented” in a field.

The historical reparatory effort of the massive programs born out of the Great Society continued to address the baleful legacy of slavery that had ended over 150 years ago, as well as Southern Jim Crow laws that had largely disappeared 40-50 years ago, and the fumes of such racial toxicity. So, Martin Luther King’s “content of our character” rather than the “color of our skin” was still embraced as the melting-pot ideal of the Civil Rights movement that had fought for integration and full assimilation into American society. Meanwhile, intermarriage has never been more common.

The desperate Left had therefore been forced to invent adjectives and phraseology like “systemic racism” and “microaggression” and “whiteness” given the vast majority of Americans did not feel or express or act out on “racism.”

In other words, wokeness created the mythology that the nonwhite were worse off than ever before—a typical revolutionary fabrication to evoke the sort of hysteria necessary for an otherwise unpopular agenda. But then again, we live in an age where we were assured Hunter Biden’s lost laptop was “Russian disinformation”, the Steele dossier was iron-clad proof of something, and a pangolin or a bat birthed COVID-19.

The wrongful death of George Floyd in police custody—despite his later angelic deification, Floyd was in fact a felon with a history of violence toward women, arrested in the act of passing counterfeit U.S. currency—was the work of a cruel rogue cop and his incompetent enablers. Otherwise, data and statistics did not show that African American males were dying while in police custody in numbers greater than their proportions of those yearly arrested. Nor were they the victims of some pandemic of interracial hate crimes. Indeed, blacks statistically were more likely to commit rare violent interracial crimes than were others, including targeted hate crimes against other ethnic and racial groups.

Another great lie was the propaganda that the woke movement was a grass-roots movement. Yet statue-toppling, vandalism, Trotskyism, and cancel culture remain largely the work of college students, upper-middle class white coastal elites, celebrities, and privileged minorities in the media, academia, law, the corporate world, entertainment, and professional sports. Full article .. 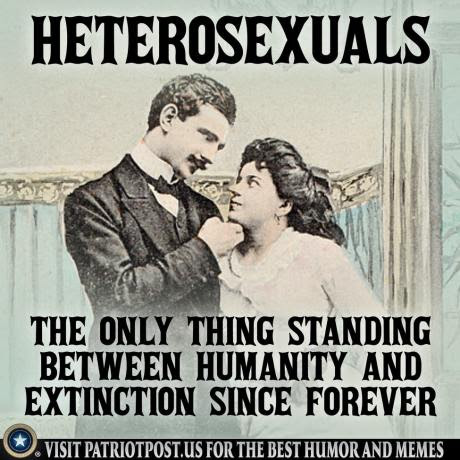 When Will Liberals Wake Up to Wokery?

Woke is the Religion of the Ugly, the Bad, and the Stupid

Dear wokes: What flag are they waving in Cuba?

When the Woke Eat Each Other Alive: ESPN Edition

DANGER! The Military Has Gone Woke!

‘Woke’ medicine is coming to a hospital near you

The woke purge is coming for the military

Another teacher stands up against wokeness, this time in Louisiana

Gutfeld: Will the Dems go broke for being too woke?

The woke team introduce third world tactics into US politics

Why We Should Defund The Police

Only the woke need apply

How White Leftist Politicians and Hipsters Have Already Killed Wokeness

How ‘Woke’ May Be Leading Us To Civil War