“.. A new Scandinavian temperature reconstruction (Seftigen et al., 2020) that’s “skillfull in characterizing past temperature changes over the past one to two millennia” finds there’s been no net warming in Greta’s home country (Sweden) in the last 212 years ..”

Update May 28th. 2020: The State of the Climate 2019 Ole Humlum Report 42, The Global Warming Policy Foundation

When it comes to temperature, CO2 is totally irrelevant because of convection alone!

Over 99,9% of all energy (i.e. heat) in the atmosphere comes from the sun. Carbon Dioxide (CO2) doesn’t produce any heat (energy), nor does it prevent or delay convection.

The temperature at the surface of the earth is the result of energy input, pressure, gravity and mass. 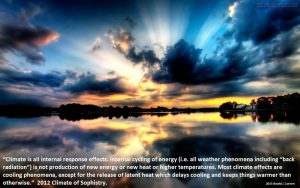 More of how CO2 doesn’t radiate in the lower troposphere. Email exchange between William Happer and David Burton

1. The way I see it, science is pretty clear: There’s no “Greenhouse Gases” and even less “Greenhouse Effect” – regardless of CO2 (Are you kidding? No – CO2 is still irrelevant!)

2. Will The “War” On Carbon Dioxide (CO2) End Birds, Tourism And Commerce Through Air As The Atmosphere Continue To Shrink And Thin? And – No CO2 – No Oxygen And No Oxygen = No Ozone = End Of Life

3. If (Man Made) Global Warming (“climate change”) is Real, why are Activists and Criminals Manufacturing FAKE Evidence?

CO2 level in the atmosphere is the result of temperature and ougassing from the oceans. Today’s level is about 410 ppmv.

CO2 level at the start of the 1940’s was measured up to 130 ppmv. over today’s level at the surface, strongly documenting that the 30’s must have been warmer than today.

In this video I make a detailed examination of the quality of the global temperature record, which all of climate science is dependent on. It is a long video, with lots of important historical information. Video: Tony Heller

So, that’s that, no more global warming bullshit! 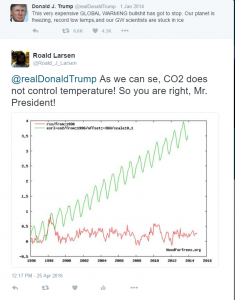