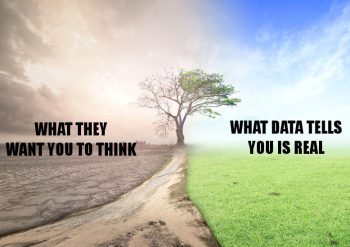 The Associated Press recently celebrated an $8 million cash infusion from left-wing mega-donors to fund a small army of eco-journalists.

The Associated Press (AP) declared on Feb. 15 that “it is assigning more than two dozen journalists across the world to cover climate issues.”

The announcement of the $8 million in funding marked the “largest single expansion paid for through philanthropic grants” in AP history.

“The AP will now have zero ‘obligation to serve as watchdogs over public affairs and government’ and instead be approved messaging lapdogs to their paymasters. Will the AP ever offend [its] donors and look critically at the UN IPCC climate panel? Or NASA? It’s a laughable thought.”

AP referenced an earlier time when it suggested news agencies were more independent:

“For many years, Journalists and philanthropists were warier of each other. News organizations were concerned about maintaining independence and, until the past two decades, financially secure enough not to need help,” [emphasis added].

So what changed? AP explained the journalism industry’s need for “philanthropy” since its “financial outlook has been otherwise bleak.”

But this flies in the face of independent journalism. The Society of Professional Journalists Code of Ethics states journalists should “[a]void conflicts of interest, real or perceived.”

The Hewlett Foundation gave at least $583,165,182 in grants to the ClimateWorks Foundation from 2008 to 2020, according to Foundation Directory Online.

ClimateWorks has been linked to the “‘greening of the Belt and Road Initiative,’ global trade infrastructure project pushed by Chinese President Xi Jinping to link the communist country with the rest of Eurasia,” according to investigative think tank the Capital Research Center.

The Rockefeller Foundation has a sordid history of extremism. The Rockefeller Archive Center, a research center and grantmaking organization documented the group’s funding of population control research in the past.

Additionally, “Dean Rusk, who served as Rockefeller Foundation president in the 1950s, led an effort to dramatically expand federal population control funds when he served as Secretary of State in the Kennedy and Johnson administrations,” Influence Watch reported.

The Walton Family Foundation of Walmart fame also got in on the climate action. It awarded at least $64,597,090 in grants to the Environmental Defense Fund (EDF) …

More than two dozen electric Proterra buses first unveiled by the city of Philadelphia in 2016 are already out of operation, according to a WHYY investigation.

The entire fleet of Proterra buses was removed from the roads by SEPTA, the city’s transit authority, in February 2020 due to both structural and logistical problems—the weight of the powerful battery was cracking the vehicles’ chassis, and the battery life was insufficient for the city’s bus routes. The city raised the issues with Proterra, which failed to adequately address the city’s concerns.

The city paid $24 million for the 25 new Proterra buses, subsidized in part by a $2.6 million federal grant. Philadelphia defended the investment with claims that the electric buses would require less maintenance than standard combustion engine counterparts.

“There’s a lot less moving parts on an electric bus than there is on an internal combustion engine,” SEPTA chief Jeffrey Knueppel said in June 2019. Knueppel retired from the post just months later.

Proterra, which had Energy Secretary Jennifer Granholm on its board of directors when Philadelphia pulled the buses off the streets last year, has been highlighted by the Biden administration as a business of the future. President Joe Biden visited the company’s factory in April and pledged in his initial infrastructure package proposal to include federal money for the electric vehicle market. The company has since been touted by top officials including White House climate adviser Gina McCarthy, who in a public meeting asked Proterra’s CEO how the federal government could spur demand for Proterra buses.

The cost of Proterra’s electric buses has gained attention in recent weeks. On a recent trip by Biden to La Crosse, Wis., it was revealed that two buses the city ordered from Proterra for $1.5 million in 2018 have still not been delivered. Over the past five days, Proterra’s stock price has fallen over 25 percent. Full article ..

Most Of Scotland’s Wind Farms Owned By Foreign Companies