WASHINGTON – A study of how Google and Facebook are manipulating the political views of their users shows the internet tech giants have the power to shift “upwards of 12 million votes” in November’s midterm elections, psychologist Robert Epstein told Fox News anchor Tucker Carlson.

“We should be extremely concerned,” said Epstein. “Content no longer matters. All that matters is the filtering and ordering of content.”

He says Google and Facebook are manipulating American views all the time by suppressing some material in search results while favoring other kinds of material. They do this in several ways that can result in millions of votes being shifted in the upcoming election without users even realizing what is happening. He said he expects “upwards of 12 million votes” to be shifted this November.

“Democracy has been subverted,” Epstein says. “There are no specific rules and regulations to stop these companies from exercising the power they have. There are not even any monitoring systems in place. Until there are, you can’t even show people what they are doing.”

Carlson said the will to impose restrictions and oversight in Congress is not there because Republicans are free-market capitalists, while Democrats derive the benefits of the manipulation of content by the left-wing tech giants.

He asked the question: “If a few Russians buying Facebook ads threatens our democracy, how about Facebook itself or other tech giants? Could it be these companies through their manipulation are imperiling our democracy?”

“It’s very easy to shift lots of votes without people even knowing what’s going on,” he said.

Epstein earned his Ph.D. in psychology at Harvard University and is a professor, author and journalist and formerly served as editor in chief of Psychology Today.

In comments elsewhere, he said: “As it happens, 90 percent of search around the world is conducted on just one search engine. There’s never been a precedent for anything like this, ever. You’ve got one company that’s controlling search around the world. That’s a power to shift opinions that’s in the hands of a handful of people in one particular town in Northern California, affecting people around the world, with no way to counteract what they’re doing, with no competitors out there.”

“Is democracy dead?” he asked. “Because if it’s true that they have this power, then democracy really is an illusion.”

Epstein speculates Google and Facebook actually held back their manipulation of content to an extent during the 2016 presidential election, but are no longer timid about doing so.

“They held back on their power to shift votes,” he said. “I don’t think they’re going to hold back now. I calculate that these companies will be able to shift upwards of 12 million votes in November with no one knowing that they’re doing so … and without leaving a paper trail for authorities to trace.”

Epstein, who says he is not a “conservative,” found that conservative content is singled out by Google and Facebook for restrictive dissemination.

“More conservative material is being suppressed than other material, but believe it or not, there are all kinds of suppression occurring.”

Every minute you don’t spend on Facebook, YouTube, Spotify and the other fascist social media platforms are minutes they can’t indoctrinate and control you and your speech 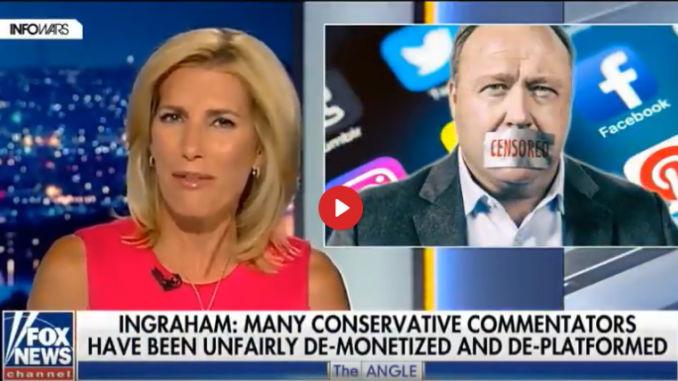 There’s no excuse for you to continue to fill up the bank accounts, financing the corrupt social media’s abuse of you, ironically with the very same money you generate for them when using their services. More …