This is the latest Energy Related newsletter from John Droz.

The Costs of Decarbonization…

The Green Ethical Supply Chain is not yet Transparent

How did  Rick Perry and DOE get into the Ditch???

Excellent Video: Why Renewables Can’t Save the Planet

Report: Will Batteries be the Savior of Big Wind? NO — and they’re NOT Green!

Lawsuit Alleges Wind Turbines Near Residential Communities are a ‘Nuisance’

An Unsurprising Wind Energy Fail: It Can’t Handle the Weather!

With Ethanol And Biomass No Longer Viewed As “Green,” Will Other Renewables Soon Follow?

Should Renewable Energy Be An Adirondack Park Priority? No!

New York, A State of Unreality, Where the Truth Dare Not Be Uttered

The Folly of Solar Energy

The American way of life will be on the 2020 ballot

Carlson video: Dems Say The End of the World in 12 Years!

The Green New Deal Is Unserious and Juvenile

The Physical Impossibilities of the Green New Deal

In the US, Socialism is no longer a Dirty Word

Short video: President Trump (at CPAC) re the GND

Debate Green New Deal to Put Its Nonsense to Rest

Short video: The GND is Not About Energy

The ‘Green New Deal’ Ignores the Wonders of Fossil Fuels

The Chaos and Calamities the Green New Deal Promises

Dr. Happer will set them free

Time for a Full and Independent Review of Climate Science

Joint letter to President Trump in support of proposed PCCS

Frigid Global Warming and the Presidential Commission on Climate Science

A Presidential Committee on Climate Security (PCCS) is needed now

It’s time for a “Presidential Committee on Climate Security” (PCCS)

Who Needs a Presidential Committee on Climate Security?

Dr. Happer is the Right Person to Lead an Objective Federal Climate Commission

Manmade CO2 Does Not Cause Measurable Warming

Time for a Full and Independent Review of Climate Science

It’s Not about the Climate—It Never Was

Revealing Worldwide Poll as to What Our Priorities Should Be

The Garbage Science Behind The AP’s Latest Global Warming Report

Ten Years after Climategate, the Global Warming Fraud Is on Life Support

Study: Solar influence on climate is much larger than is generally recognized

The Lack of Pirates Is Causing Global Warming

No, climate change is not reducing global fish catch

US Dems divisions deepen over approach to climate change

CFACT corrects the AP on climate

Marxism, the Frankfurt School, and the Leftist Takeover of the College Campus

Sorry kids — The next energy alternative is not here, yet

Open letter to students marching for ‘the climate’

Brainwashed at the Blackboard

The Rise of Unfreedom in the West

By Charles the moderator 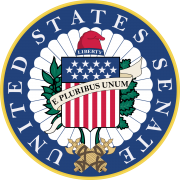 Senate Majority Leader Mitch McConnell (R-KY) has scheduled a floor vote on the Green New Deal resolution for the week of March 24th. Democrats were caught off guard when Senator McConnell said in February that he wanted to have a vote on the resolution and have been trying to figure out what to do ever since. It appears that they have now settled on a strategy: they or nearly all of them will vote “present.” This includes the sponsor of  Senate Resolution 59, Sen. Ed Markey (D-MA), and its eleven co-sponsors. Six of the co-sponsors are running for president.

Sen. Markey called the vote “nothing but an attempt to sabotage the movement we are building” in a tweet immediately after McConnell first said he wanted to have a vote. A March 22nd Washington Post story by Dino Grandoni quotes Markey’s reasoning at length: “Democrats will not allow Leader McConnell and Republicans to make a mockery of the debate in the Senate on climate change. This vote is a sham and little more than a political ploy to protect vulnerable Republicans from having to defend their climate science denial.”

As Grandoni notes, it is not unprecedented for senators to be unwilling to vote for legislation that they are sponsoring. But it is odd. And it’s not exactly heroic to be unwilling to stand up and vote for what you claim to believe in. What’s the worst that could happen? Being defeated for re-election? Nor is it clear why allowing an open floor debate in the “world’s greatest deliberative body” on the most ambitious energy-rationing legislation ever introduced is sabotage, or a mockery, or a sham. On the other hand, having a vote is indeed a political ploy. Another undoubted political ploy was introducing the Green New Deal. It should be fun watching to find out whose political ploy turns out to be more effective.