Why would scientists and a science that is so clear and so “settle” have to rely on FAKE peer-review (PAL-review) and counterfeited data?? The “green” blob’s infiltration and corruption is extensive. It’s never been about the environment or the climate. 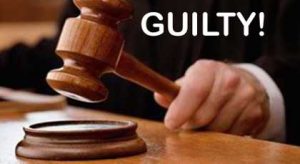 Appearing yesterday in Science magazine online is the news that “A U.S. federal judge has ordered the OMICS Internationalpublishing group to pay $50.1 million in damages for deceiving thousands of authors who published in its journals and attended its conferences. It’s one of the first rulings of its kind against one of the largest publishers accused of so-called predatory tactics.” [source: all italicized quoted text from Science mag ]

“Judge Gloria Navarro of the U.S. District Court in Las Vegas, Nevada, granted summary judgment without a trial, accepting as uncontroverted a set of allegations made in 2016 by the U.S. Federal Trade Commission (FTC) in Washington, D.C., in its capacity as a consumer watchdog. The ruling also bars OMICS from similar future conduct.”

OMICS and the many sub-groups of its 700 or so online journals, was found guilty of:

The depth of this fake journal problem is hard to convey — but the amount of the fine ought to give you some idea.

This ought to be Good News for the Berkeley Earth project, best known for its BEST surface temperature products and its now famous first paper “A New Estimate of the Average Earth Surface Land Temperature Spanning 1753 to 2011” which was published as the first ever paper in the first ever edition of the fake OMICS / SCITECHNOL e-journal Geoinformatics & Geostatistics: An Overview.

“FTC has a database of authors who submitted manuscripts to journal articles whom it will contact if it recovers funds to share”, Ashe said [Gregory Ashe, FTC staff attorney on the case]. “Scholars who want to ensure that FTC knows of their claims can file a complaint through the agency’s website. Anyone worldwide can submit a claim.”

[It has been reported to this author, in blog comments long since buried, that OMICS/Scitechnol did not charge BerkeleyEarth for publishing their paper. Too bad, maybe they could have gotten their money back. I’m not a lawyer, but I think they might still be able to apply for monetary damages, it does say that “Anyone worldwide can submit a claim.”.]

I really dug into this topic back in 2013, following on to Jeff Beall’s work and an article in Science. The “pay-to-publish” scam is very successful in that it fills the need of so many scientists and academics that must Publish or Perish. Paying a predatory journal to publish one’s work, with little or no real peer-review, can jump-start a career. Most of these journals offer opportunities to deliver their “important work in the field” at conferences that just happen to focus on the topic of one’s paper — attending conferences is a career boosting activity as well.

If I had the extra money to waste, I bet even I could get a paper published in Geoinformatics & Geostatistics: An Overview . Problem is, I’d know it was a fake.

I’d like to read any experiences readers have had with these types of journals — if your story is too embarrassing, you could use a new, one-time screen name like “FakeJournalVictim”. (You do have to use a real email address — your email will not be visible to the public.)

The “green” blob’s corrupt (money) schemes of “Sue and Settle”

Regulation Through Sham Litigation: The Sue and Settle Phenomenon

So long to ‘sue and settle’ at the EPA