Trump has the momentum as we head into the final days of the 2016 election.

Hilary Clinton’s campaign is a disaster – even after being rescued yet again by the FBI – Hillary still is plagued by scandal, lies, and another FBI criminal investigation, that has “an avalanche of evidence” and an indictment looming.

The good news is, Comey is not overseeing this one.

The investigation into the Clinton Foundation is happening via local New York FBI agents and other states.

Donald Trump is on the campaign trail talking about the issues that matter to America – jobs, economy, and security.

Meanwhile, Hillary and her army of globalists are talking about Russia and FBI criminal investigations.

Trump’s momentum is on the ground and in the cyber world. 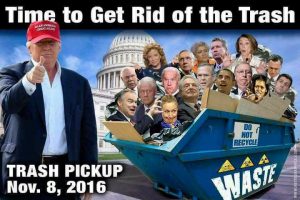