Back in 2012, Peter Stott said cold, wet summers in Britain were due to climate change!

Now he reckons heatwaves will be the new norm.

I wonder what he’ll blame average summers on? 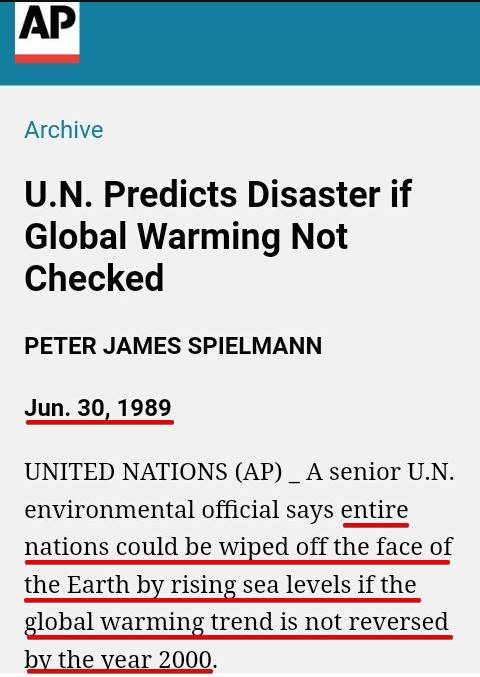 Dad, Is Climate Getting Worse in the United States?

New eBook – Kindle Edition: Dad, Is Climate Getting Worse in the United States?

And the subtitle is, Book 2 in the DAD, WHY ARE YOU A GLOBAL WARMING DENIER?Series

Dad, Is Climate Getting Worse in the United States? is presently available only in Kindle reader format, here. The price is $4.51 USD.  I have no plans for a paperback edition.

Anna and her dad are back in the second installment in this series of short stories. Joining them is Anna’s mother. In this episode, they’re examining graphs of data from NOAA, USGS, EPA, and NIFC that do not support common views about human-induced climate change in the United States. Specifically, it’s typically believed by naïve and gullible propaganda-programmed persons that mankind’s release of greenhouse gases, primarily carbon dioxide, into Earth’s atmosphere has caused and is causing climate to change for the worse in the United States. In reality, however, if long-term datasets from U.S. government agencies (and fire agencies supported by government agencies) for the entire country are considered, the data show no increase in frequency, and no strengthening, of numerous types of weather events.

An important initial note: While the characters, settings and dialogue in this short story are fictional, the graphs are of real data from U.S. government agency sources, and some of them also include the outputs of climate models that are used to make crystal-ball-like divinations about future climate on an unrealistic planet that bears little relationship to Earth. Data are also included from the two wildfire agencies that are supported by U.S. government agencies. [End note.]

In Dad, Is Climate Getting Worse in the United States? the climate-related datasets that are examined include (data source in parentheses):

When long-term data for the entire country are viewed as a whole, only one of those variables shows worsening climatic conditions in the United States, only one. And that metric is Stream and River Floods from 1950 to 2014, where, based on the linear trend, the annual percentage of U.S. stream gages above full-bank streamflow has risen from about 42% to roughly 46% over those 65 years. The other weather-related events aren’t increasing in frequency or strength. In fact, those other indices show noticeably improving climate conditions, contrary to what alarmists claim. And consider this, even the full-bank streamflow data show decreasing flood conditions since about 1970.

These facts confirm what many people understand: (1) that unscrupulous, dishonest, deceitful, and devious eco-profiteers, politicians, activists, lobbyists, mainstream media, and funding-hungry scientists are exploiting the misfortune and misery of our families, our friends, our neighbors, our fellow U.S. citizens each time a weather-related natural disaster strikes, and (2) that, over the past decades, the constant bombardment of climate change propaganda has, sadly, been very effective at manufacturing brainwashed adherents with unquestioning religious-like beliefs in human-induced climate change.

Important note: All illustrations are in black and white, so you don’t have any concerns if you have a non-color reader, like Kindle Paperwhite. FYI, I was the first person to buy the book.   I downloaded it to my Kindle Paperwhite and the graphs show perfectly.

In total, there are more than 80 illustrations, mostly graphs of data and model-data comparisons, in Dad, Is Climate Getting Worse in the United States?

As also noted in the introduction:

I suspect some readers will scroll through the short story to look at the graphs, without reading the text. If you do, you’ll miss some fun. I’ve added some side discussions to lighten and brighten things from time to time.

Like Dad, Why Are You a Global Warming Denier? I had a lot of fun writing it and preparing all of those graphs, so, hopefully, you’ll have as much fun reading it and learning from it.