By Tom Pearce – The Daily Caller

The Rockefeller Foundation is planning to pull the plug on its 100 Resilient Cities initiative as early as the summer of 2019, Bloomberg reports.

The 100 Resilient Cities program is the largest privately funded climate change resiliency program in the United States. The Rockefeller Foundation began the program in 2013 with the goal of funneling money into the infrastructure of 100 cities across the world, preparing them to endure the effects of climate change.

The project is shutting down and the Rockefeller Foundation will lay off about 100 people working on the initiative as soon as the summer, sources told Bloomberg.

The 100 Resilient Cities program received $164 million from the Rockefeller Foundation. It gave grants to 24 American cities to hire “chief resilience officers” to create and implement plans to increase the cities’ resistance to the alleged effects of climate change, such as more severe storms and rising sea levels. 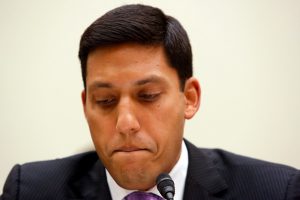 In January, the children’s lawsuit suffered a defeat in the Ninth Circuit Court of Appeals when the court sided with the Justice department, granting the federal government’s request for an interlocutory appeal. The appeal significantly decreases the chances the lawsuit will come to trial soon.

The network of Rockefeller charities are also largely bankrolling a similar lawsuit effort of cities and municipalities suing the federal government over climate change.