The precious find, this foal lived more than 42,000 years ago. Picture: Semyon Grigoryev/NEFU

A Russian and South Korean team is selecting a horse to become ‘mother’ to bring prehistoric species back to life.

The light ginger-coloured foal from 42,170 years ago died when it was just one or two weeks old but it could lead to a giant leap for ‘Jurassic Park’ technology. The baby horse was preserved in near perfect condition. The cell-extracting work is being undertaken by scientists who also have the goal of one day restoring the extinct woolly mammoth.

After several months of intense work on the foal in Yakutsk, researchers are growing optimistic that they will obtain the cells needed to clone the long-gone cold-resistant Lenskaya horse. ‘Researchers are confident of success of the project,’ said a source at the North East Federal University which is hosting the work.

‘The attempts will continue until the end of April this year.’ 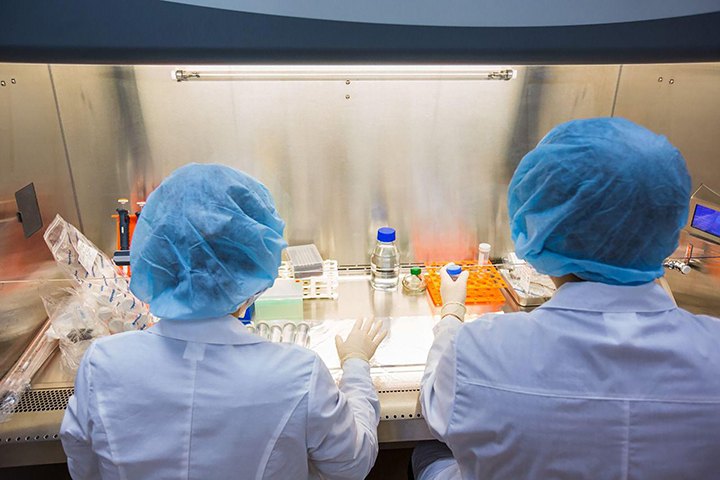 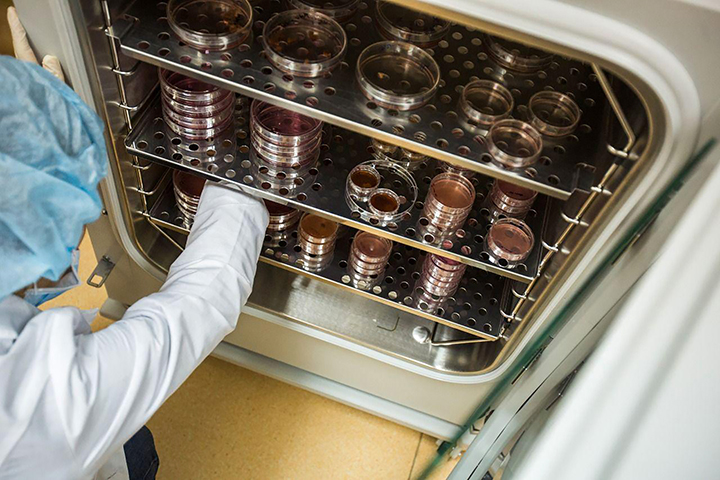 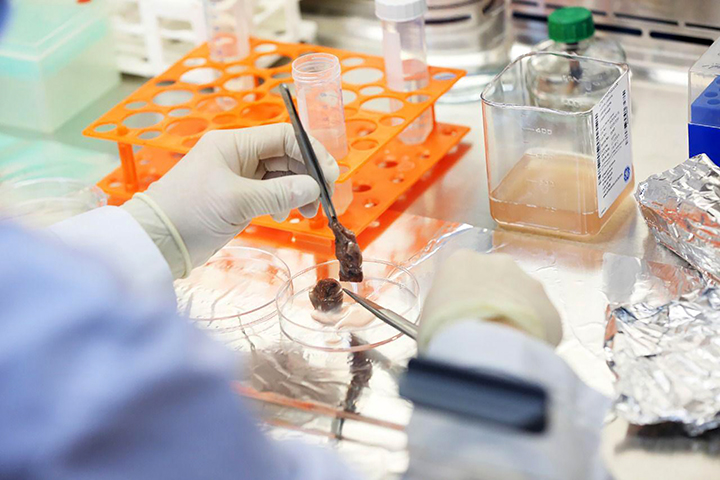 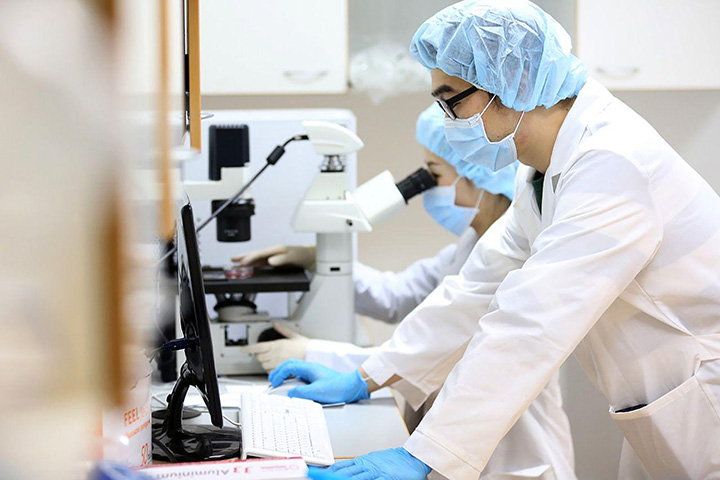 The international Russian-Korean team is pictured working in a laboratory in Yakutia on cell extraction. Pictures: Michil Yakovlev/NEFU

The international research team is led by South Korean cloning expert Professor Hwang Woo-suk and the project is seen as paving the way for an eventual attempt to bring back the woolly mammoth. Pictures here show the pioneering work to extract cells to be used in the foal cloning attempt.

‘The first month of work in Yakutia was not a success,’ admitted a university publication. ‘However, scientists are making more attempts to grow a cell that will be the key  to clone the foal.’ And in this they are now ‘confident of success’.

Dr Lena Grigoryeva, a leading Russian researcher, said: ‘Cells are grown in a special nutrient medium. At first the material is milled and put in a CO2 incubator for a few days. ‘Three to four days later the cells are checked and the nutrient medium is replaced.’ This happens every time [researchers make another attempt]. There have been more than 20 attempts over the last month.

‘There are seven researchers involved in the project on the Korean side and everyone is positive about the outcome,’ Grigoryeva revealed. 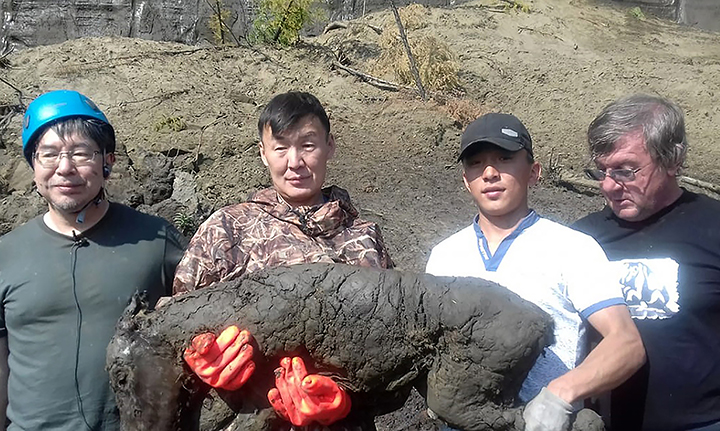 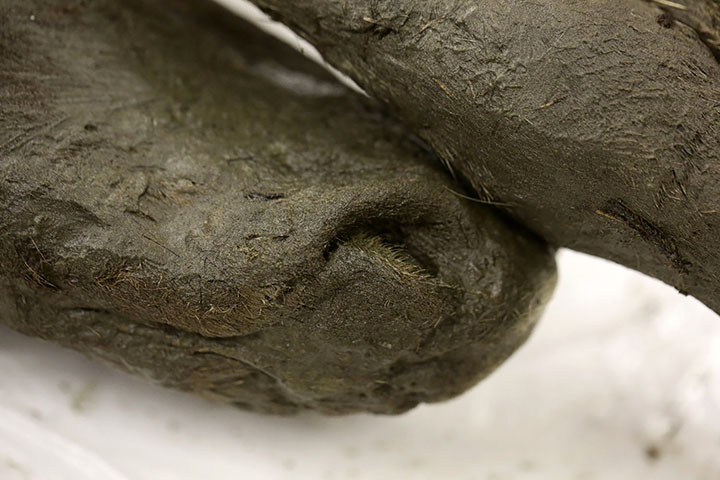 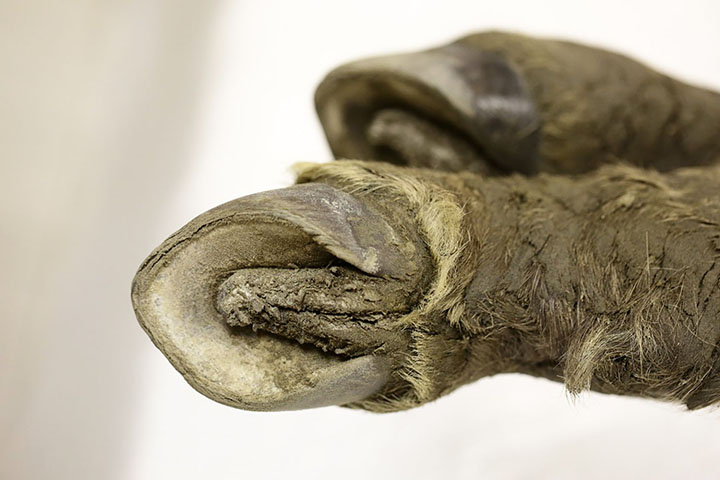 The Batagai foal minutes after it was found and later in the laboratory. Pictures: Semyon Grigoryev, Michil Yakovlev/NEFU

Scientists are already discussing the type of horse to use for cloning a species that has not walked the climate for thousands of years. A key is to use a horse that has already been deployed in successful cloning, Lena Grigoryeva said. ‘The Korean horse will fit in perfectly,’ she explained. ‘They have been used in cloning for a while and the technology is mastered to perfection. ‘Besides, the Korean horse is quite ancient too. It is a successor of Mongolian horse.’

Earlier it was suggested a Yakut horse mare would be used. 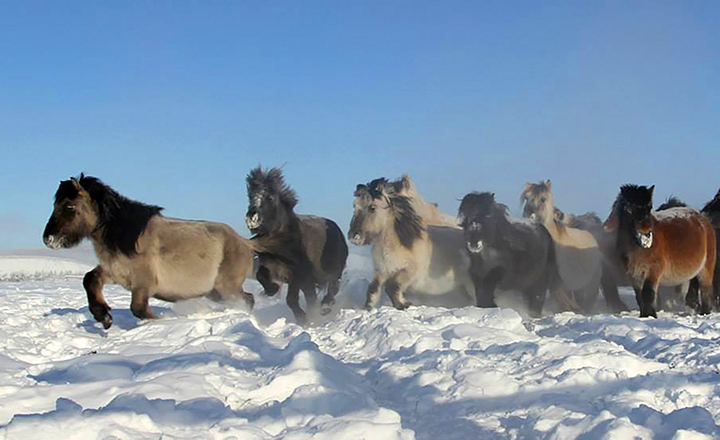 Yakut horses can live unsheltered at temperatures up to -70C. Picture: The Siberian Times

Michil Yakovlev, editor of the university’s corporate media, said: ‘Hopefully, the world will soon meet the clone of the ancient foal who lived 42,000 years ago.’

The foal was found in the Batagai depression in Yakutia.

Dr Semyon Grigoryev, leading researcher at the Mammoth Museum in Yakutsk, previously said: ‘Fortunately, the animal’s muscle tissues were undamaged and well preserved, so we managed to get samples of this unique find for biotechnology research.’

The foal ‘has no damage to its carcass, even its hair is preserved – which is incredibly rare for such ancient finds’, he said.

The Batagai depression in Yakutia, picture: The Siberian Times

Other stories by The Siberian Times

Excavating the thick ice under a whole ship at bone-chilling minus 50C?