We know there is simply no basis for climate alarm. All “scientific” predictions have failed, life has survived happily with much higher CO2 in the past, the medieval warming period a thousand years ago was much warmer than today, the small temperature variations of the 20th century are easily explained by natural causes, and the IPCC reports confirm that there is no increase in extreme weather events and no economic harm from CO2.

And yet the hysteria is increasing by the day. The “remedies” being suggested are becoming more extreme: it is no longer just about making energy so expensive that the poor can’t afford it, it is now about removing meat from their diet as well.

So how is such an irrational project going so strong? Because it is a clever way to disguise the deep hatred so many of the elites have of the poor. After the Hitler debacle talking about eugenics is no longer welcome in polite company. Climate alarm provides a perfect cloak. It achieves the same goal while signalling virtue. Climate hysteria is driven by an amalgamation of the ideologies of Malthus, Marx, Hitler and social Darwinism.

That this is not about the environment becomes clear when we note that these people do not care about market-based remedies to save wildlife, remove waste and reduce chemical pollution. These people also viciously attack nuclear energy. If they cared about CO2 they would be desperate for nuclear energy, but their goals are obviously quite different.

Stephen Schneider, a key “scientist” in the climate alarm bandwagon explained how their “goals” are to be achieved. In a 1989 interview he said that “to reduce the risk of potentially disastrous climatic change” scientists “need to … capture the public’s imagination” by “getting loads of media coverage. So we have to offer up scary scenarios, make simplified, dramatic statements, and make little mention of any doubts we might have”. Straight from the Goebbels copybook.

Malthus is the father of this anti-poor ideology. Over 200 years ago he attacked the poor even though the world’s population was a tiny fraction of what it is today. After Hitler’s eugenic project left a permanent stink, the Club of Rome revived the idea under the guise of “optimal population”. Its goal: to cut the world’s population at least by two-third. A related 1980 “Global 2000 Report” wanted US population to be reduced by 100 million by 2050.

This has never been about reducing just any population. It has a specific goal to protect first the “white” rich and then a few of the other rich, while eliminating the poor, blacks and Indians.

Margaret Sanger’s goal was to “stop the multiplication of the unfit … the most important … step towards race betterment” (note the focus on “race”). She wanted the “bloodstream of the (white) race” to be as pure as possible. She was involved in a ‘Negro Project’ to limit, if not eliminate, black births. She also detested Indians, considering India’s population (then only 300 million) a “curse”.

Nothing would have pleased her more than the total wipe-out of all Indians. When she learnt that Nehru had agreed to her persistent proposal to start a birth control program in India, she was delighted: “I cannot imagine anything more blessed happening on earth”. In the minds of such monsters, it will be truly “blessed” when all of us Indians are wiped out.

Rachel Carson was the next prominent Malthusian. Her book, Silent Spring (1962) actively fought technologies that could improve the lives of the poor. She lied through her teeth about DDT and tried to stop it from being used to fight malaria which kills millions of poor Indians and Africans.

Next came Paul Ehrlich with his 1968 book, The Population Bomb. His hatred for humanity was revealed in the title itself. Not chastened by the total failure of all his predictions, he gloated in an interview in 2014 about the prospect that things could go so bad that humans will become cannibals. Nothing would please him more than the poor eating each other.

The specific issue of climate alarm originated as part of the Club of Rome of 1968 and its 1973 Limits of Growth report. One of the Club of Rome associates was a wealthy businessman, Maurice Strong who played a particularly insidious role in drumming up a range of anti-poor hysterias.

The Club of Rome’s influence led to the establishment of the United Nations Environment Program which elected Michael Strong as its head. Even though major climate scientists of the time were squealing about an impending Ice Age, he picked CO2 warming as his vehicle. After all, the best way to crush the poor is to choke their fossil fuel use.

He therefore drove the Action Plan for the Human Environment at Stockholm and Agenda 21 at Rio. This included the infamous Rio precautionary principle which underpins all anti-poor policy.

He had a revulsion for people. In his 2000 autobiography he dreamt of the day when two-thirds of the world’s population might be wiped out. A committed socialist, he outlined the plot for novel in a 1992 interview in which: “Isn’t the only hope for the planet that the industrialized civilizations collapse? Isn’t it our responsibility to bring that about?”.

Strong was widely supported by thousands of influential like-minded people, many of whom are extremely powerful today: for instance, William Nordhaus, who received the Nobel prize in economics last year. In a major 1974 article Nordhaus cited the Club of Rome and said its concerns about “the carrying capacity of the environment” are legitimate and the concept of economic growth itself needs to be reviewed. He then started a life-long focus on CO2 and has long recommended a carbon tax without ever bothering to check whether CO2 is actually a pollutant.

The Club of Rome and its associate organisations remain active and operate behind the scenes. There is a powerful network of people determined to use climate alarm and anti-GM propaganda as instruments to curb agricultural productivity and choke energy use by the poor. Al Gore is perhaps the most well-known but the group includes innumerable “scientists” who are happy to fudge data. The Climategate emails demonstrate how these “scientists” operate in the shadows to distort facts and mislead the public.

Our party is keenly aware of the intense hatred these “white” elites have towards India’s poor. We won’t let them get the upper hand. Scientific debate won’t work with them. So we call upon the Modi government shut down the IPCC. 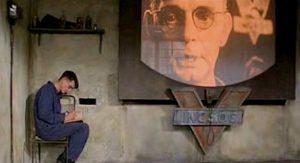 Jacques Ellul’s Propaganda: The Formation of Men’s Attitudes (1965) has been called “a far more frightening work than any of the nightmare novels of George Orwell.” In it, the French philosopher and sociologist dispels some of the popular notions about propaganda and exposes how it really operates in the modern world.

In the first chapter of the book, Ellul describes some of the characteristics of modern propaganda. Eight of them appear below:

“To be effective, propaganda cannot be concerned with detail… Propaganda ceases where simple dialogue begins… it does not tolerate discussion; by its very nature, it excludes contradiction and discussion.”

2) It Focuses on the Mass

“For propaganda to address itself to the individual, in his isolation, apart from the crowd, is impossible. The individual is of no interest to the propagandist; as an isolated unit he presents too much resistance to external action… The most favorable moment to seize a man and influence him is when he is alone in the mass: it is at this point that propaganda can be most effective.”

“Propaganda must be total. The propagandist must utilize all of the technical means at his disposal – the press, radio, TV, movies, posters, meetings, door-to-door canvassing. Modern propaganda must utilize all of these media. There is no propaganda as long as one makes use, in sporadic fashion and at random, of a newspaper article here, a poster or a radio program there, organizes a few meetings and lectures, writes a few slogans on walls; that is not propaganda.”

4) It Takes Over Education

“Education and training are inevitably taken over, as the Napoleonic Empire demonstrated for the first time. No contrast can be tolerated between teaching and propaganda, between the critical spirit formed by higher education and the exclusion of independent thought. One must utilize the education of the young to condition them to what comes later.”

5) It Takes Over Literature and History

“Propaganda will take over literature (present and past) and history, which must be rewritten according to propaganda’s needs.”

6) It Must be Subtle at First

“Direct propaganda, aimed at modifying opinions and attitudes, must be preceded by propaganda that is sociological in character, slow, general, seeking to create a climate, an atmosphere of favorable preliminary attitudes… The ground must be sociologically prepared before one can proceed to direct prompting.”

7) It Must be Nonstop

“[Propaganda] must fill the citizen’s whole day and all his days… Propaganda tends to make the individual live in a separate world; he must not have outside points of reference… successful propaganda will occupy every moment of the individual’s life: through posters and loudspeakers when he is out walking, through radio and newspapers at home, through meetings and movies in the evening. The individual must not be allowed to recover, to collect himself, to remain untouched by propaganda during any relatively long period… It is based on slow, constant impregnation.”

8) It Aims at Irrational Action