(Natural News) For more than 60 years, the National Aeronautics and Space Administration (NASA) has known that the changes occurring to planetary weather patterns are completely natural and normal. But the space agency, for whatever reason, has chosen to let the man-made global warming hoax persist and spread, to the detriment of human freedom.

It was the year 1958, to be precise, when NASA first observed that changes in the solar orbit of the earth, along with alterations to the earth’s axial tilt, are both responsible for what climate scientists today have dubbed as “warming” (or “cooling,” depending on their agenda). In no way, shape, or form are humans warming or cooling the planet by driving SUVs or eating beef, in other words.

But NASA has thus far failed to set the record straight, and has instead chosen to sit silently back and watch as liberals freak out about the world supposedly ending in 12 years because of too much livestock, or too many plastic straws.

In the year 2000, NASA did publish information on its Earth Observatory website about the Milankovitch Climate Theory, revealing that the planet is, in fact, changing due to extraneous factors that have absolutely nothing to do with human activity. But, again, this information has yet to go mainstream, some 19 years later, which is why deranged, climate-obsessed leftists have now begun to claim that we really only have 18 months left before the planet dies from an excess of carbon dioxide (CO2).

The truth, however, is much more along the lines of what Serbian astrophysicist Milutin Milankovitch, after whom the Milankovitch Climate Theory is named, proposed about how the seasonal and latitudinal variations of solar radiation that hit the earth in different ways, and at different times, have the greatest impact on earth’s changing climate patterns.

The below two images (by Robert Simmon, NASA GSFC) help to illustrate this, with the first showing earth at a nearly zero orbit, and the second showing earth at a 0.07 orbit. This orbital change is depicted by the eccentric, oval shape in the second image, which has been intentionally exaggerated for the purpose of showing the massive change in distance that occurs between the earth and the sun, depending on whether it is at perihelion or aphelion. 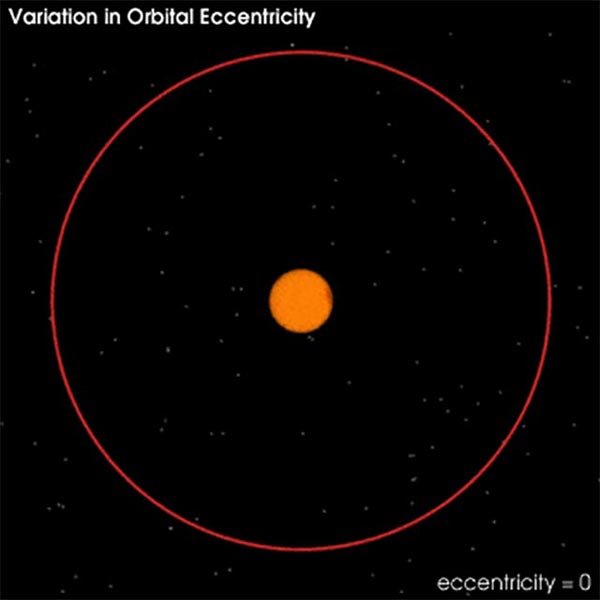 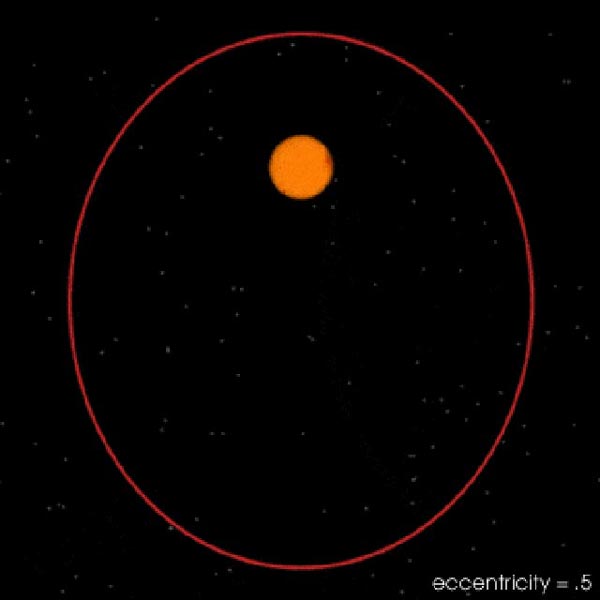 “Even the maximum eccentricity of the Earth’s orbit – 0.07 – it would be impossible to show at the resolution of a web page,” notes the Hal Turner Radio Show. “Even so, at the current eccentricity of .017, the Earth is 5 million kilometers closer to Sun at perihelion than at aphelion.”

For more related news about climate change and global warming from an independent, non-establishment perspective, be sure to check out ClimateScienceNews.com.

The biggest factor affecting earth’s climate is the SUN

As for earth’s obliquity, or its change in axial tilt, the below two images (Robert Simmon, NASA GSFC) show the degree to which the earth can shift on both its axis and its rotational orientation. At the higher tilts, earth’s seasons become much more extreme, while at lower tilts they become much more mild. A similar situation exists for earth’s rotational axis, which depending on which hemisphere is pointed at the sun during perihelion, can greatly impact the seasonal extremes between the two hemispheres. 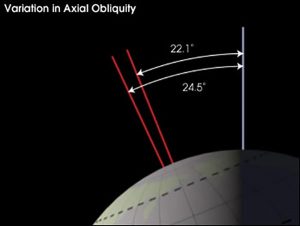 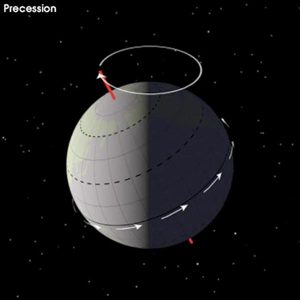 Based on these different variables, Milankovitch was able to come up with a comprehensive mathematical model that is able to compute surface temperatures on earth going way back in time, and the conclusion is simple: Earth’s climate has alwaysbeen changing, and is in a constant state of flux due to no fault of our own as human beings.

When Milankovitch first put forward his model, it went ignored for nearly half a century. Then, in 1976, a study published in the journal Science confirmed that Milankovitch’s theory is, in fact, accurate, and that it does correspond to various periods of climate change that have occurred throughout history.

In 1982, six years after this study was published, the National Research Council of the U.S. National Academy of Sciences adopted Milankovitch’s theory as truth, declaring that:

“… orbital variations remain the most thoroughly examined mechanism of climatic change on time scales of tens of thousands of years and are by far the clearest case of a direct effect of changing insolation on the lower atmosphere of Earth.”

If we had to sum the whole thing up in one simple phrase, it would be this: The biggest factor influencing weather and climate patterns on earth is the sun, period. Depending on the earth’s position to the sun at any given time, climate conditions are going to vary dramatically, and even create drastic abnormalities that defy everything that humans thought they knew about how the earth worked.

But rather than embrace this truth, today’s climate “scientists,” joined by leftist politicians and a complicit mainstream media, insist that not using reusable grocery bags at the supermarket and not having an electric vehicle are destroying the planet so quickly that we absolutely must implement global climate taxes as the solution.

“The climate change debate is not about science. It is an effort to impose political and economic controls on the population by the elite,” wrote one commenter at the Hal Turner Radio Show.

“And it’s another way to divide the population against itself, with some who believe in man-made global warming and some who don’t, i.e. divide and conquer.”

You can read the full Hal Turner Radio Show report at this link.

Sources for this article include: