North America is bracing for its THIRD truly historic early-season snowstorm is as many weeks. The storm is on course to roll-in over the weekend, and will likely pack an even bigger punch than either of the previous two.

Starting in Western & Central Canada on Thursday, October 17, a mass of brutal Arctic air will gradually sink southwards engulfing ALL of the Western U.S. by Sunday, October 20.

Temperature departures are expected to hold as much as 16+C below the seasonal average across the Canadian Provinces of Yukon, NWT, British Columbia, Alberta and Saskatchewan; as well as across ALL Western U.S. states, with the worst hit appearing to be Idaho, Wyoming, Utah, and Colorado: 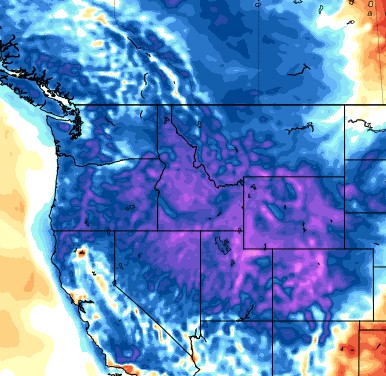 Very cold, for sure, though it’ll likely be the snow that once again steals the show — for the THIRD time in as many weeks, North America’s snow line will encroach historically-far south for the time of year.

According to latest GFS runs, a staggering 30+ inches (2.5+ feet) will fall in parts of Washington, Oregon, Idaho, Montana, Wyoming, Utah, and Colorado over the weekend. While Canada’s British Columbia is forecast to receive a jaw-dropping 60+ inches (5+ feet) from Thur, Oct 17 thru Sun, Oct 20: 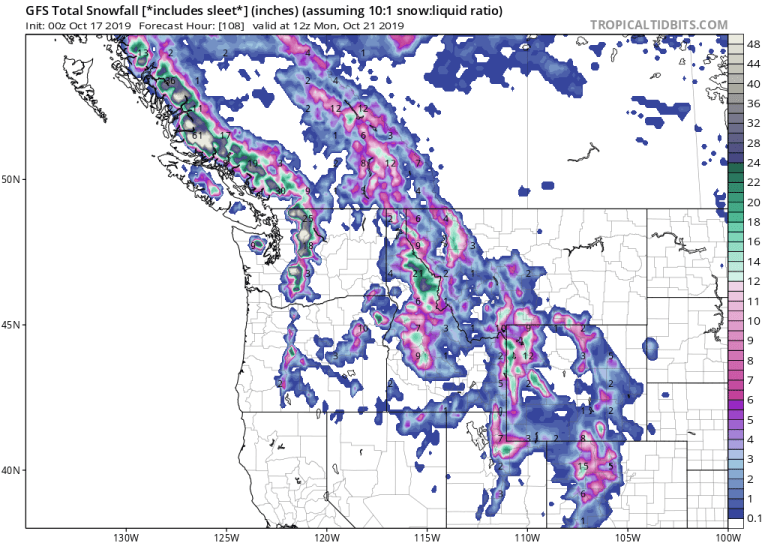 And it doesn’t stop there.

Next week will see the Polar Invasion expand to the SE (primarily) seizing practically ALL of the United States (a long with ALL of central & southern Canada) by Friday, October 25: 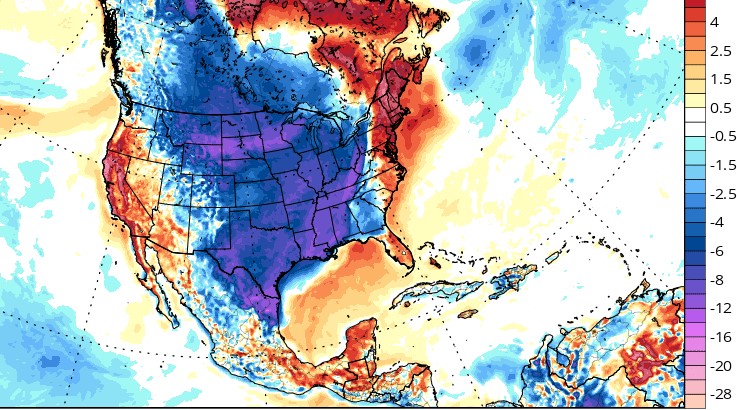 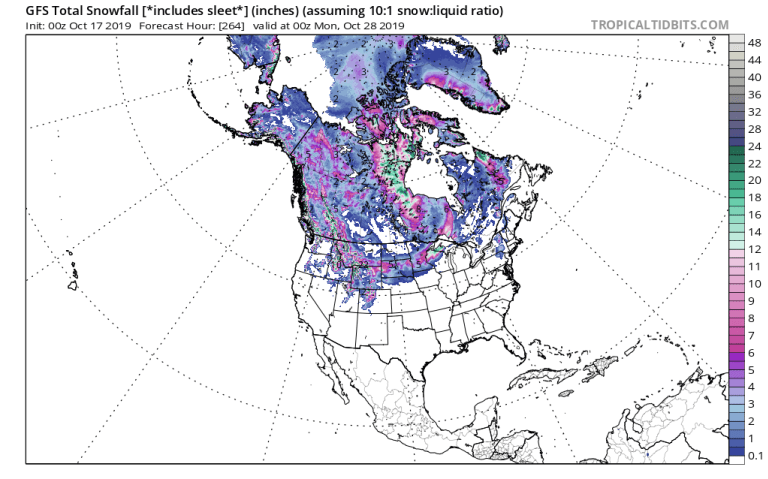 The pattern keeps repeating itself.

This is now the THIRD truly historic early-season snowstorm to batter North America in as many weeks, with the previous two responsible for felling THOUSANDS upon THOUSANDS of cold records, as well as burying Midwest and Canadian growing regions.

Grain futures have been driven higher as a result, to levels not seen since July; soon after the USDA released their bogus “can-kicking” report (for more on that debacle from IAF, click here).

Well, this is as far as the “can” got USDA — record cold is STILL negatively impacting crops, only now it’s delaying the harvest instead of the planting season, and food prices are again on the climb.

Low solar activity is disrupting the jet stream, reverting its usual tight Zonal flow to a weak Meridional one. This wavy flow diverts Arctic air to the lower latitudes —where us humans reside— and for time-immemorial has heaped untold miseries on the established civilization of the day, rendering growing regions useless, leading to famine, unrest, war, and ultimately the society’s collapse.

Overlaying the peak of past civilizations atop the GISP2 Ice Core data clearly illustrates the pattern: 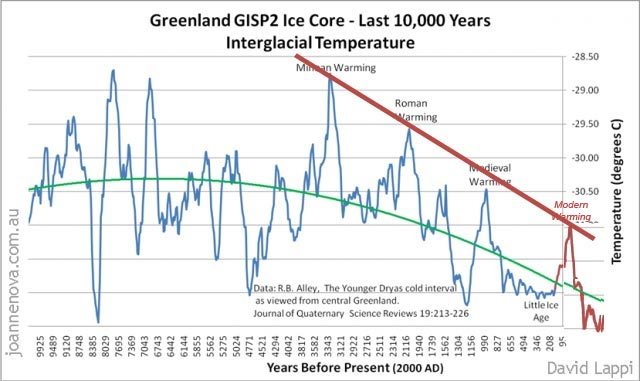 And these cold times are returning, in line with historically low solar activity. 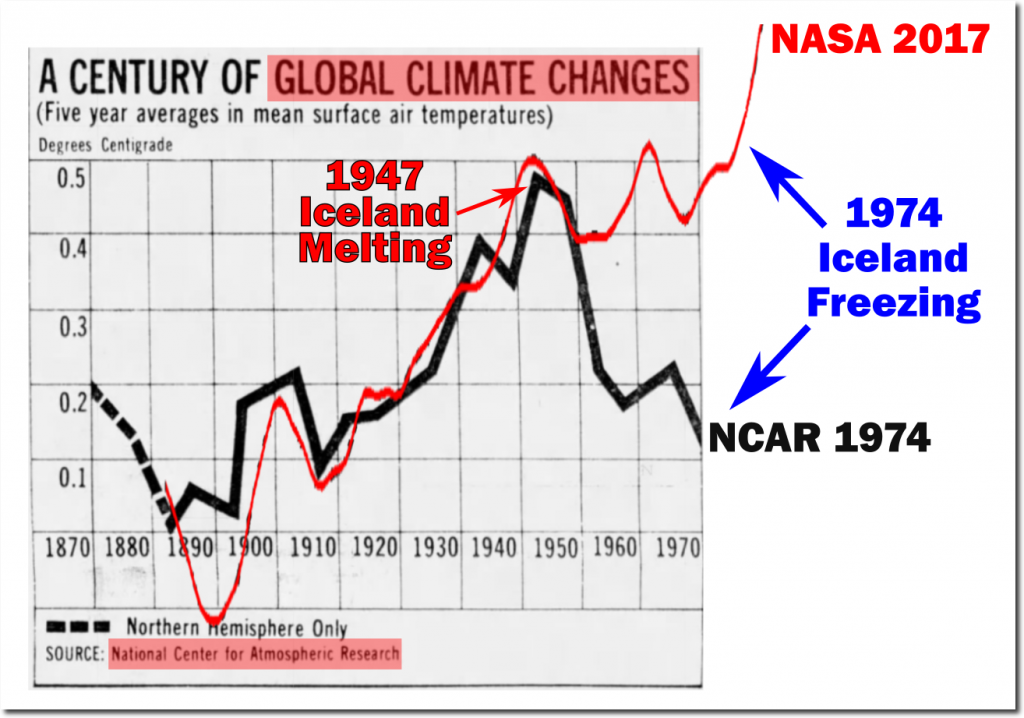