My job as an exploration geophysicist primarily entails acquiring processing and interpreting seismic data on the basis of which I recommend action to be taken such as where to drill how deep to drill as well as whether or not the there is a viable enough drilling target to warrant the drilling of the well.

After 50 years of doing this I have become very good at both fixing data problems in the acquisition and processing stages and extracting all of the information contained in the data to achieve the level of success that I have achieved.

Unlike ‘academics’ who look for ‘trends’ in the data to support their hypotheses I mostly ignore trends and instead focus on any deviations from the trend because these deviations from regional trend is what traps oil and gas.

The critical part of my analysis of these anomalies is the measurement of size and other attributes that will determine whether or not the anomaly represents an economically viable drilling target. 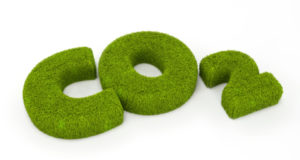 The Earth’s surface temperature (Ts)  measured from space as “colour temperature” is 13°C or 286.15 K

CO2 in the atmosphere only has an effect on a narrow wavelength band of the thermal radiation from the Earth’s surface centred on 14.77µ between the limits of 13µ and 17µ, bringing to question how much of the energy in this 13µ to 17µ was ‘used up’ in producing the 3.323°C portion of the greenhouse effect attributable to CO2 and how much remains to be affected by further increases in CO2.

This was the question that I asked in my 2009 “Asking One Simple Question” posted on Jim Peden’s website http://jimpeden.blogspot.com/2009/11/norm-kalmanovich-on-global-warming-hoax.html “Norm Kalmanovitch on the Global Warming Hoax”

In the introduction Jim Peden stated:

“Whiling away some idle minutes a while back I conjured up a small graphic extolling the fact that the 14.77 micron band of CO2 is near saturation, AGW was a hoax, and we all have to live with it. Norm claims that little note spurred him to sit down and write the following. I’m pleased to have been the spark that lit this nice little tome on the obvious outcome of the nonlinear nature of the so-called “global warming” effect. I’m hoping even my non-scientist friends will be able to grasp the gist of Norm’s semi-technical explanation of how CO2 is pretty much “all used up” and additional serious warming due to CO2 is simply not possible. You can’t change the laws of physics, as Norm so skillfully demonstrates. Enjoy!”

This Nimbus Satellite measurement of the Earth’s thermal radiation spectrum replicated by a MODTRAN model http://climatemodels.uchicago.edu/modtran/modtran.doc.html for an atmospheric CO2 content of 325ppmv shows the deep notch cut into the spectrum by CO2 between the limits of 13µ and 17µ beyond which CO2 has no effect.

This graph from David Archibald’s 2010 article “The Logarithmic Effect of Carbon Dioxide” https://wattsupwiththat.com/2010/03/08/the-logarithmic-effect-of-carbon-dioxide/ shows the rapid exponential decline in effect from increases in CO2 demonstrating that only 0.1°C of observed warming since 1900 could possibly be attributed to all the CO2 emissions that resulted from the burning of fossil fuels in the past 119 years.

This is the official UK Met Office HadCRUT4 dataset over the period from 1850 to 2015 demonstrating total observed net warming of just 0.78°C over the 165 year period.

Based on MODTRAN model demonstrating just 0.1°C of possible warming from CO2 emissions since 1900 and the UK Met Office HadCRUT4 global temperature dataset demonstrating just 0.78°C of net warming since 1850 the natural warming of just 0.68°C in 165 years does not constitute any sort of “global warming threat” caused by CO2 emissions resulting from the Burning of Fossil fuels.

This graph of total solar irradiance (TSI) data from the World Radiation Centre in Davos Switzerland https://www.pmodwrc.ch/en/research-development/solar-physics/tsi-composite/ shows that TSI decreased by roughly 0.6W/m2 between the peaks of solar cycle 23 in 2002 and solar cycle 24 in 2015 confirming that the sun has now gone into a state of solar hibernation and fully explaining the 2002 reversal from warming to cooling demonstrated by all five global temperature datasets.

The 2002 reversal from warming to cooling took place as atmospheric CO2 content continued to increase, which combined with the continued increase in CO2 during the 1975 reversal from cooling to warming; proves beyond any question that increasing CO2 has no detectable effect on global temperature (increasing CO2 cannot cause both warming and cooling).

https://skepticalscience.com/consensus-consensus-messaging.html being a measure of how successful the original 97% consensus was in convincing the world of a “climate emergency” that never existed!

This claim of a 97% consensus of believers in climate change nonsense was so successful in elevating this to a “religious” belief that scientists presenting empirical evidence to “believers” that no climate emergency exists is now equivalent to atheists trying to tell believers that God does not exist!

Atheists and devout religious practitioners are entitled to believe whatever they wish without one side imposing its beliefs on the other  but science is not an issue of belief and no one should ever be made to believe in what empirical evidence clearly demonstrates to be false (actually fraudulent) as the case here:

European Parliament Told ‘There is No Climate Emergency!’ Nov 23, 2019

GWPF An MEP becomes emotional as she refuses to accept the basic fact that there is no climate emergency. https://www.thegwpf.com/european-parl…

Ask your detractor to watch this YouTube Video https://www.youtube.com/watch?v=4U8kgiiVj5Q 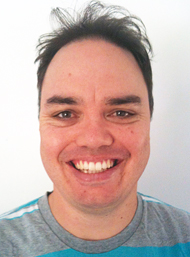 “Mr. 97% consensus” John Cook (pictured, right) runs the Skeptical Science blog in which he attempts to refute facts with consensus based on the number of publications supporting the opposite views.

The most critical issue regarding claims of CO2 emissions causing the catastrophic global warming predicted by IPCC computer models is the actual effect from increasing CO2.

Since the effect of increasing CO2 is logarithmic there are no peer reviewed studies that refute this claim so when John Cook limited the articles to only peer reviewed articles he came up with this:

Links for ‘CO2 effect is logarithmic’

There are no peer-reviewed papers. !!!!

I have always had a negative gut reaction to the concept of “consensus science.” But Michael Crichton explains it best when he said:

I regard consensus science as an extremely pernicious development that ought to be stopped cold in its tracks. Historically, the claim of consensus has been the first refuge of scoundrels; it is a way to avoid debate by claiming that the matter is already settled. Whenever you hear the consensus of scientists agrees on something or other, reach for your wallet, because you’re being had.

Let’s be clear: the work of science has nothing whatever to do with consensus. Consensus is the business of politics. Science, on the contrary, requires only one investigator who happens to be right, which means that he or she has results that are verifiable by reference to the real world. In science consensus is irrelevant. What are relevant are reproducible results. The greatest scientists in history are great precisely because they broke with the consensus. There is no such thing as consensus science. If it’s consensus, it isn’t science. If it’s science, it isn’t consensus. Period.

Send this to your detractor with the comment that you will not debate an issue on the basis of consensus when it has already been settled by empirical evidence!

This is the listing from John Cook on Increasing CO2 has little or no effect. If you check out the articles supporting his position you won’t find any that actually refute this fact.

CO2 is irrelevant for many reasons, one of the main reasons the earth can’t be warmed by CO2 is because of convection. If there’s 400 or 500 ppmv. of CO2 in a hurricane would make no difference.

.. and rising air is cooling no matter the level of CO2!