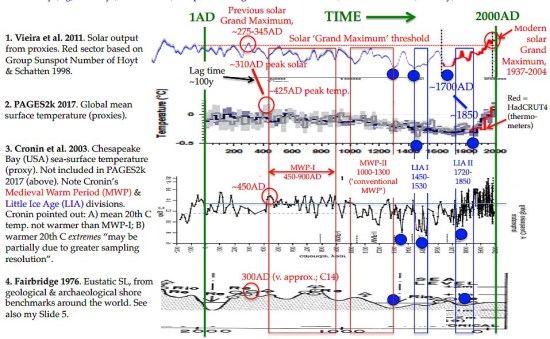 Only key citations are given; please email for others. A cross-match between graphs of the Sun’s output and Earth’s mean surface temperature is obvious at two scales: (1) the last 2,000 years (2ky), represented by proxies (PAGES2k 2017 temperatures; Vieira et al. 2011 cosmogenic isotopes), both graphs being ‘hockey sticks’ with decadal ‘sawteeth’; and (2) the last 250y (Berkeley temperature compilation; Chatzistergos et al. 2017 sunspotgroup numbers). 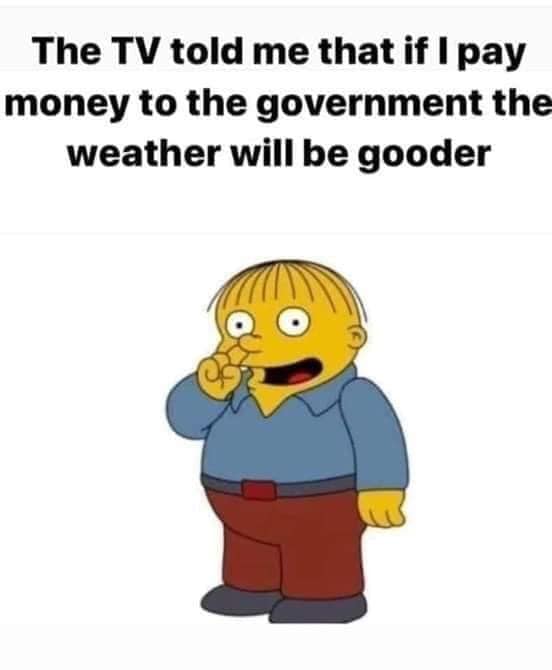