Image: Andrew Torba of Gab gave an exclusive 30 minute interview to @RickWiles of @TRUNEWS about Gab’s story and his own personal testimony.

“I hope you find some time during the holiday weekend to check it out. You’ll learn about the history of Gab, why we started Gab, how we overcame the attacks and blacklisting we’ve experienced, and more.”

Related: Social Credit Score Is In America: Visa Blacklisted My Business and My Family for Building Gab

Change is always coming, some slow, others fast. I do not know if I am as pessimistic as Claudio Grass, on the other hand, it might be worse, it might also be different. Who knows how much of what we are seeing are just red flags for something completely different?

How much is controlled by the criminals in CCP (in China)?

Via HAF – Humans Are Free

In a recent interview with Claudio Grass on the X22 spotlight YouTube channel, Grass says change is coming whether we like it or not.

Not only is the Great Awakening here, but the financial reset to usher in the New World Order is also here.

Grass breaks down the current event of the plandemic and how this event was used to control the people, remove their rights, and to push a new world order using military might.

However, Grass also believes a great awakening is happening now and people are starting to see what is really happening, and change is coming. 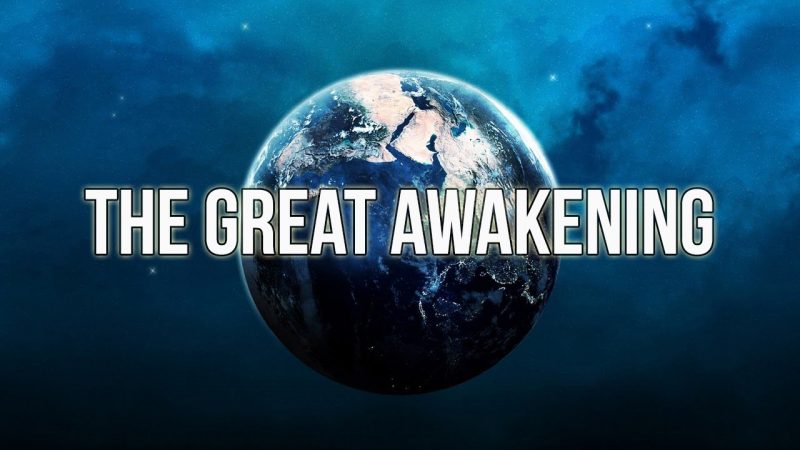 Whether we like it or not, the United States as we knew it in January is dead.

But that’s a good thing because people are beginning to see the two choices before them: freedom or slavery, and enough are waking up that slavery looks like it could be a thing of the past.

Change is coming. It’s up to us which way this ends.

Governments all over the world are losing control of the narrative. That means they will all eventually fall under their own weight as more and more humans wake up from the slumber they’ve been put in.

“The micromanagement done by those central planners is just ridiculous,” Grass says. But it’s having the opposite effect. More people than ever are turning away from government in favor of liberty, justice, and freedom.

“All these restrictions, social distancing and tracing apps… it could be possible that we are going to see a next wave of infections, you know… when they can abuse the flu based on… huge sociological experiment on a global scale. At the end of the day, what we are witnessing is a full nationalization of the economy.”

Based on the data, the coronavirus panic was a joke. People still don’t realize this was a huge hoax regardless of the data and evidence that shows it as such. After the second wave, or possibly at the same time, Grass believes the famines will begin.

This will be another attempt by the government to get people under control. Because of the centralization of industries, its ability to cause crisis after crisis in within the government’s hands.

“We are in the quiet before the storm,” he says.

“You have to destroy the old system to create a new one,” says Grass. But this change is permanent. The old system is gone. How we handle the next few months or year will dictate whether we have a free society or a New World Order. Grass has faith that the Great Awakening is happening and that we will all be free.

“People have to lose faith in the old systems, that’s when the system goes down.”

We just need to make sure that once this system goes down, we don’t put another one in its place by consenting to be controlled, ruled, and governed once again.

“Decentralization is always more resilient for everything,” says Grass.

“I have always been a fan of decentralization… certain companies can only become as big as they are because they received support from government. Decentralized structures prove this is a huge problem… we will see a reset. We are seeing a centralized system, centralized even further.”

This is why Grass suggests breaking free of the system, not using their money (gold, silver, bitcoin), and educating yourself on how to localize and work together free from the chains of the ruling class.

“I think a lot of people are waking up…there is really an awakening ongoing… I truly think people should think about how to opt-out of the system… the people who remain in the system are going to be even more enslaved.”

At the end of the day, opting out means you go away from all of the control structures, including government. You need to stop allowing other people to rule you and control your life.

The main problem in our society today is that people want to rule over others. But people are waking up to the fact that that’s not going to work. They are tired of being slaves. Sadly, many will not wake up until it directly impacts them.

As a KGB defector said, “Americans will not understand until the military boot crushes them.”

Grass is “positive” that we will come out on top and be able to topple the New World Order and the control structures that have been in place for centuries.

At that point, it will be up to us to decide if we want no system anymore, one of complete freedom, or the New World Order and enslavement.

There won’t be a middle point. This is an opportunity. We all need to figure out if we want in the new system or to not participate at all.

“People are capable to think, at the end of the day.”

The whole story incl. a video

Independence Day In The Midst Of Dictatorship

George Soros In Davos: 2020 Election Will Determine ‘Fate Of The World’