President Trump should dump the politically contrived and scientifically corrupt 2015 Paris climate agreement as the right decision for the U.S. and the world.

Those arguing that the U.S. should continue to support the Paris process but negotiate new and different provisions are naïve and fail to appreciate that the Paris process of political and scientific corruption disqualifies it serving as a credible vehicle for advancing legitimate future climate policy proposals.

The 2001 UN IPCC AR3 report established that it is impossible to create climate models which accurately represent global climate when it concluded that “In climate research and modeling, we should recognize that we are dealing with a coupled non-linear chaotic system, and therefore that the long term prediction of future climate states is not possible.”

The most recent UN IPCC AR5 report relies upon these inadequate climate models and tries to hide this inadequacy by employing slight of hand “assessed likelihood” opinions, conjecture and speculation to improperly convey degrees of certainty of climate outcomes that are unsupported by scientifically established and mathematically derived probabilities.

The Paris agreements provisions which rely upon climate “models” that are clearly inadequate and where scientific conjecture is falsely disguised as certainty have also been unequivocally determined to be flawed and failed as documented in Congressional testimony by climate scientists before the House Science Committee in March 2017.

Climate scientist Dr. Judith presented testimony before the House Science Committee in March 2017 where she identified the fundamental flaws contained in climate models as follows:

scientist Dr. John Christy also presented testimony before the House Science Committee where he employed the scientific method to evaluate the credibility of climate model temperature projections against actual measured global temperatures. He concluded that:

The testimony before the House Science Committee of Dr. Curry regarding the extensive flaws contained in climate models coupled with the testimony of Dr. Christy regarding the extraordinary failed performance of these climate models in conjunction with the UN IPCC’s own acknowledgement of it’s inability to create climate models which can faithfully represent global climate clearly dictates that using such models for establishing global climate policy actions is completely inappropriate and unjustified.

The U.S. has been extremely successful in reducing greenhouse gas and CO2 emissions from its peak levels in year 2007 driven by the remarkable energy market benefits of natural gas fracking.

The 2017 EIA AEO report shows year 2016 US CO2 and future emissions are being achieved as a consequence of the increased use of energy market available low cost natural gas which is driving down the use of coal fuel with the further impacts of lowering CO2 emissions.

Thus energy market forces provided by fracking of natural gas are driving and controlling the reduction and future stable CO2 emission levels of the U.S. without government imposing unnecessary, costly and bureaucratically burdensome regulations on the public

The U.S. significant reductions in greenhouse gas and CO2 emissions have been hidden from the public by the climate alarmist main stream media and climate activist scientists.

The massive increased CO2 emissions of the developing nations including China and India are acceptable under Obama’s 2015 Paris agreement.

The longest NOAA tide gauge data coastal sea level rise measurement record is at The Battery in New York with its 160 year long data record showing a steady rate of sea level rise of about 11 inches per century.

WG1 report concludes in the Summary for Policy Makers Chapter that:

NOAA tide gauge coastal sea level rise data measurements encompassing the 46 year period from 1970 through 2016 do not support and in fact clearly contradict the UN IPCC AR5 WG1 conclusion regarding supposed man made contributions to increasing rates of sea level rise since the early 1970s.

Climate scientist Dr. Judith Curry provided Congressional testimony regarding the decades long frustration of dealing with the politicalization of climate science by both the UN IPCC and Obama Administration as follows:

Dr. Curry then clearly articulated the “war on science” that has been conducted by government climate science alarmist politics during the past decades:

The voluntary commitments made thus far from the 2015 Paris agreement will costs trillions of dollars to implement and produce little in actual global temperature reductions and related impacts.

It is absurd for global nations to commit trillions of dollars on government regulated climate actions based on flawed and failed climate model projections which are the products of conjecture and speculation coupled with a corrupt political process which invented a contrived “consensus” scheme to cover up the truth of flawed climate science capabilities.

The fact that those demanding such massive expenditures have worked so hard to hide and deny the extraordinary shortcomings of global climate model simulations demonstrates that a massive global government con game is being perpetrated by the climate alarmist community upon the public.

Climate models may serve useful purposes in academic and scientific studies but they are completely unsuited for purposes of regulatory driven commitments that require the expenditures of trillions of dollars of global capital which can be utilized for much greater benefit in dealing with known massive global problems including poverty, health care and education.

President Trump needs to make the right decision for the U.S. and the world by dumping the politically and scientifically corrupt 2015 Paris agreement and moving future climate policy endeavors to what hopefully will be a new and fresh beginning free of the monumental stigma of “climate science politicalization” that has so thoroughly contaminated the present Paris agreement and associated processes. 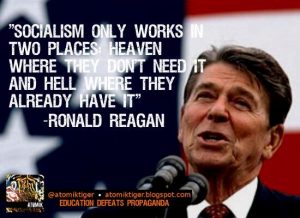 Grand Solar Minimum Volcanoes Simultaneously Collapsed, Mayan, Roman & Chinese Societies in the Late Antique Little ice 535-545 AD. It was a combination of volcanoes erupting in Mexico and New Guinea that are firmly documented. The combination of GSM cosmic ray increases that increased cloud cover, particulates and SO2 in the atmosphere change temperatures and rainfall patterns the world over. We should be preparing for the same volcanism as our Earth enters the new Grand Solar Minimum.