Google staffers are in revolt, demanding the removal of Heritage Foundation president Kay Coles James from an advisory board the company convened on artificial intelligence. A petition with more than 2,000 signatories from within the company was published on Medium on Monday, with the title “Googlers Against Transphobia and Hate.”

The petition’s signers described the appointment of Coles, a black grandmother, as a “weaponization of the language of diversity.”

The petition was promoted internally within the company by five individuals, some of whom have a history of leftist agitation. The Daily Caller obtained emails from a private listserv in which most of the petition’s sponsors made critical comments about the James appointment.

One of them, Meredith Whittaker, who leads Google’s Open Research Group, posted on a private Google listserv that, “I would disagree that their views are important to consider, when those views include erasing trans people, targeting immigrants, and denying climate change.”

Three of the other promoters of the petition are software engineers Joëlle Skaf, Nina-Marie Amadeo and Irene Knapp. The fifth is Emily Metcalfe, a privacy engineer. More …

“Googlers Against Transphobia and Hate”

(That means Googlers against the nazi-left and fascism, i.e. themselves …)

The company also seem to be lacking leadership. (We already knew their arrogance .. Try sending an email to them, you’ll understand what i mean when you get an answer ..)

“Joëlle Skaf” seems to be thinking conservatives would be interested in her – what ever issue she got with her body – when in reality it’s always been the left eager to intruce on and judge, or worse.

How the nazis managed to turn a whole country into mass hysteria, now you know.

Imagine working for a company that has gathered more information than anyone in the history of the world and at the same time being this ignorant. That got to be some kind of world record ..

It’s like starving to death beside a mountain of food. 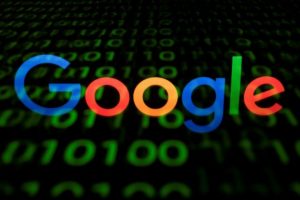 San Francisco (AFP) – Google on Thursday confirmed that it has disbanded a recently assembled artificial intelligence ethics advisory panel in the face of controversy over its membership.

The end of the Advanced Technology External Advisory Council (ATEAC) came just days after a group of Google employees launched a public campaign against having the president of conservative think-tank Heritage Foundation among its members.

Another member of the board had already resigned, and the inclusion of a drone company executive had rekindled concerns about potential military uses of artificial intelligence, according to Vox news website, which first reported on the council being disbanded.

“So we’re ending the council and going back to the drawing board.”

Google added that it would seek alternative ways to gather outside input regarding responsible use of artificial intelligence.

A petition published online called on Google to cull the Heritage Foundation’s Kay Coles James from the council formed a week ago, due to her history of being “vocally anti-trans, anti-LGBTQ and anti-immigrant.”

“In selecting James, Google is making clear that its version of ‘ethics’ values proximity to power over the wellbeing of trans people, other LGBTQ people and immigrants,” read a statement posted on Medium by a group identifying itself as Googlers Against Transphobia.

Positions expressed by James contradict Google’s stated values and, if infused into artificial intelligence, could build discrimination into super-smart machines, according to the post.

The group said that reasoning for James being added to the panel has been given as an effort to have a diversity of thought.

As of late Thursday, the online petition showed more than 2,300 signatures from academics, Google employees and others, including technology industry peers.

The controversy comes as the world grapples with balancing potential benefits of artificial intelligence with risks it could be used against people or even, if given a mind of its own, turn on its creators.

Google chief Sundar Pichai said in an interview published late last year that tech companies building AI should factor in ethics early in the process to make certain artificial intelligence with “agency of its own” doesn’t hurt people.

The California-based internet giant is a leader in the development of AI, competing in the smart software race with firms such as Amazon, Apple, Facebook, IBM and Microsoft.

Last year, Google published a set of internal AI principles, the first being that AI should be socially beneficial.

Google vowed not to design or deploy AI for use in weapons, surveillance outside of international norms or in technology aimed at violating human rights.

The company noted that it would continue to work with the military or governments in areas such as cybersecurity, training, recruitment, health care and search-and-rescue.

AI is already used to recognize people in photos, filter unwanted content from online platforms and enable cars to drive themselves.

The low IQ Nazi-Left is running the show!