Chicago may see half a foot of new snow. Storm may delay spring planting.

A near-repeat of March’s “bomb cyclone” will bring up to 30 inches of snow this week to portions of Minnesota and South Dakota, with blizzard conditions and a threat of severe thunderstorms.

Roughly the same area that experienced flooding rains in March — and still trying to dry out enough to plant corn and soybeans — will see another round of heavy rain and heavy snow. The forecast location of the intense cyclone as of Thursday morning April 11 shows it taking a similar path to the record-setting March storm: 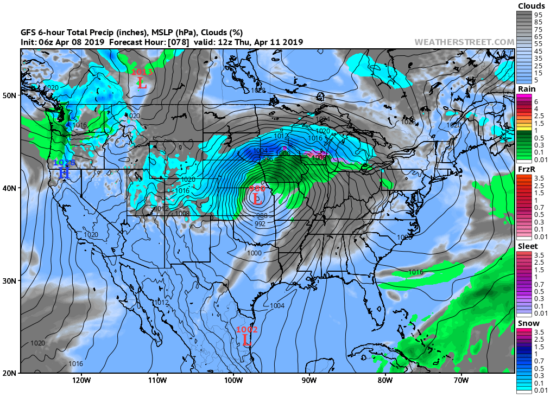 Forecast snowfall totals by midday Friday April 12 indicate the heaviest snowfall (up to 30 inches) over southern Minnesota, with 12-16 inches for Minneapolis: 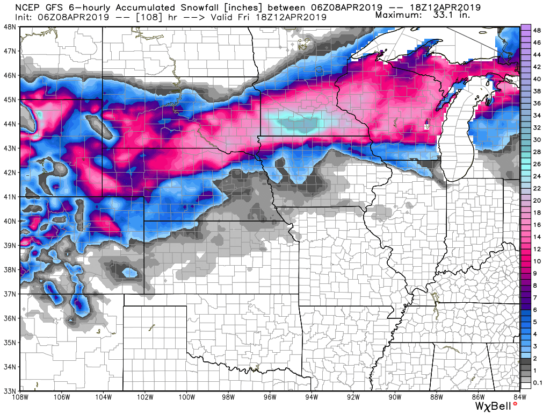 The energy for such intense cyclones comes from the strong temperature contrast between two air masses. For example, by late Wednesday the temperatures in Nebraska will range from the 70s in the southeast to the 20s in the northwest, simultaneously feeding both blizzard conditions and a severe thunderstorm threat within the state.