Image: Joe Rogan Says He May Sue CNN For “Making Sh*t Up” About Him “Taking Horse Dewormer”

Related: The media bonfire over imaginary hordes of Ivermectin casualties

The Associated Press was forced to issue a correction after it falsely claimed that 70 per cent of calls to the Mississippi Poison Control Center were about people ingesting ivermectin to treat COVID-19.

The actual number was 2 per cent. 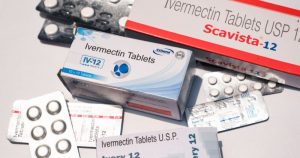 “In an article published Aug. 23, 2021, about people taking livestock medicine to try to treat coronavirus, The Associated Press erroneously reported based on information provided by the Mississippi Department of Health that 70% of recent calls to the Mississippi Poison Control Center were from people who had ingested ivermectin to try to treat COVID-19.

“State Epidemiologist Dr. Paul Byers said Wednesday the number of calls to poison control about ivermectin was about 2%. He said of the calls that were about ivermectin, 70% were by people who had ingested the veterinary version of the medicine.”

“The department said that at least 70% of recent calls to the state poison control center were related to people who ingested a version of the drug that is formulated to treat parasites in cows and horses.”

NPR has yet to issue a retraction of the fake story, which was circulated countless times, while the retraction will only be seen by a fraction of those who read the original.

The Rolling Stone article appeared to be part of an effort to smear podcast host Joe Rogan, who said he had used ivermectin as part of a cocktail of treatments to successfully fight off a COVID-19 infection.