“In this video I show how Arctic sea ice and temperature is cyclical, and tracks ocean circulation patterns rather than greenhouse gases. I also show how government agencies have been tampering with and hiding Arctic temeprature and ice data. But there is good news too …”

Briffa and Melvin Crowns 1936 as Warmest Year Ever! 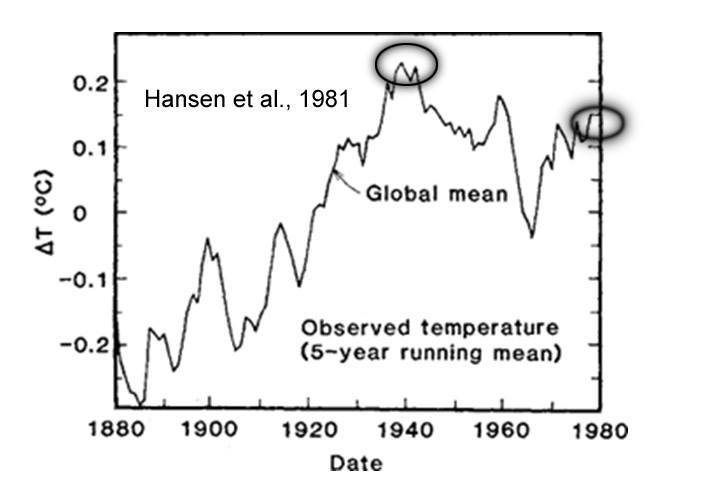 Conclusion: Despite our emission of Carbon Dioxide (CO2) of 40 Trillion kg. each year temperature shows no signs of warming.

NASA Has Known Since 1971 That CO2 Is Not Dangerous, Yet Lied To The Public Continuously

New York State is investigating Exxon for telling the truth about CO2 in 1976, but the big story is that NASA and NCAR have known since 1971 that CO2 is not dangerous – yet have lied to the public about this for over 30 years.

In 1971, the top climatologists at NCAR and NASA reported that a runaway greenhouse effect is not possible, because the CO2 absorption spectra is nearly saturated already.

But it is worse than it seems. Scientists have actually known for 115 years that CO2 is not dangerous.

Knut Ångström, asked an assistant to measure the passage of infrared radiation through a tube filled with carbon dioxide. The assistant (“Herr J. Koch,” otherwise unrecorded in history) put in rather less of the gas in total than would be found in a column of air reaching to the top of the atmosphere. The assistant reported that the amount of radiation that got through the tube scarcely changed when he cut the quantity of gas back by a third. Apparently it took only a trace of the gas to “saturate” the absorption — that is, in the bands of the spectrum where CO2 blocked radiation, it did it so thoroughly that more gas could make little difference.

The evidence of fraud is overwhelming. An essential component of greenhouse gas theory is that a hotspot will appear in the upper troposphere. It hasn’t happened.

Satellites show that there has been about 0.1C warming over the past 25 years. Even less than the sensitivity calculated by Rasool and Schneider in 1971

All of the climate models have overestimated warming, many by a large amount.

Catastrophic global warming theory has failed. But rather than tell the truth and lose their reputations and funding, NASA and NOAA scientists have chosen to tamper with the data and continue lying to the public about something they have known is not a problem – for 45 years.