Related: Cloud Feedback, if there is any, is Negative

The concentration of CO2 in the atmosphere reached 417.2 parts per million in May, 2.4ppm higher than the peak of 414.8ppm in 2019, according to readings from the Mauna Loa observatory in Hawaii.

In other words, there’s nothing we can do to stop rising CO2 levels, and we’re all doomed — I mean, what other takeaway can there be?

We’ve all just taken part in what is effectively the largest scientific experiment in history — the shutdown of the global economy. We grounded those heinous airplanes, closed them filthy factories; and locked all our gas-guzzling vehicles in the garage.

We’ve done exactly what the alarmists have been crying-out for us to do, and we did it for a quarter of a year! WE PUT INDUSTRY AND OUR MODERN WAY OF LIFE ON PAUSE and in the process slashed our daily emissions of carbon dioxide. And for what…? What was the impact…? According to the world’s official CO2 measuring station –located on top of the Hawaii’s Mauna Loa volcano (no comment)– CO2 carried on its merry-march up in the month of May, to 417.2 parts per million in May, 2.4 ppm higher than the peak of 414.8 ppm in 2019.

“People may be surprised to hear that the response to the coronavirus outbreak hasn’t done more to influence CO2 levels,” said Ralph Keeling, professor at the Scripps Institution of Oceanography. But as Keeling and his researchers tellingly point out: “the rise of CO2 levels was probably slowed by the COVID-19 economic slowdown but not to the degree that it is easily distinguished from natural variability.”

The rise of CO2 levels was probably slowed by the #COVID19 economic slowdown but not to the degree that it is easily distinguished from natural variability, say researchers. A new record monthly peak was set in May. https://t.co/zqzXOYusNR pic.twitter.com/ZlotooxYkQ

That’s not what the Guardian has been barking at me for the past 20 years.

And furthermore –and perhaps more crucially– this latest data point from Mauna Loa has inflicted some serious damage on the widely-held belief that rising CO2 levels is man’s doing and man’s doing alone.

Levels of atmospheric carbon dioxide have varied tremendously throughout the ages, from as high as 7,000 ppm to as low as 150 ppm–and not so widely-known is that it’s only at those lower levels where life struggles.

Data from ice cores and marine sediments clearly reveal that there is no correlation whatsoever between atmospheric CO2 concentrations and the temperature at the earth’s surface. 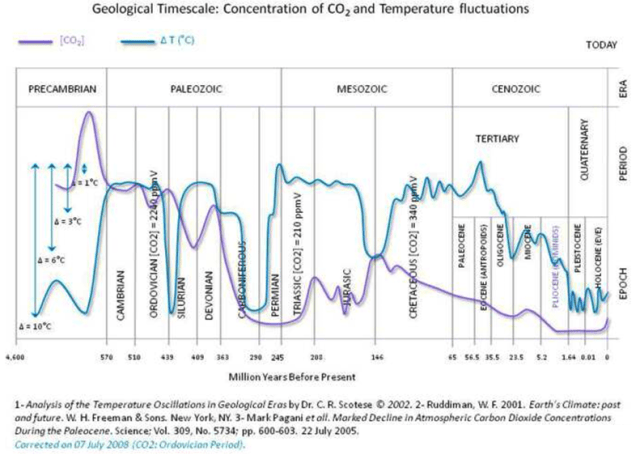 There is also evidence to suggest that even in living memory CO2 has varied far more than we’ve been led to believe, to levels above 400 ppm as recently as the 1940s:

According to ‘Direct Atmospheric Measurements,’ CO2 Levels were above 400 ppm in the 1940s…

But even as the correlation between man’s activity and atmospheric carbon dioxide levels has its feathers seriously ruffled before our very eyes, everything is of course still ALL OUR FAULT. The ability to think-critically and question reality using the information available is no longer permitted. “Stay scared” is the message from on high, and keep paying that carbon tax.

According to a recent article in king-of-the-scaremongers the Guardian, this global economic slowdown “will make no appreciable difference to the world’s ability to meet the goals of the Paris agreement, and keep global heating below the threshold of 2C that scientists say is necessary to stave off catastrophic effects.”

The ruse is clearer than ever.

Please don’t fall for bogus political agendas — instead, question them.

The COLD TIMES appear to be returning in line with forcings that can actually have an impact on the climate, such as historically low solar activity, cloud-nucleating Cosmic Rays, and a meridional jet stream flow.

Even NASA agrees, if you read between the lines, with their forecast for this upcoming solar cycle (25) seeing it as “the weakest of the past 200 years,” with the agency correlating previous solar shutdowns to prolonged periods of global cooling here. 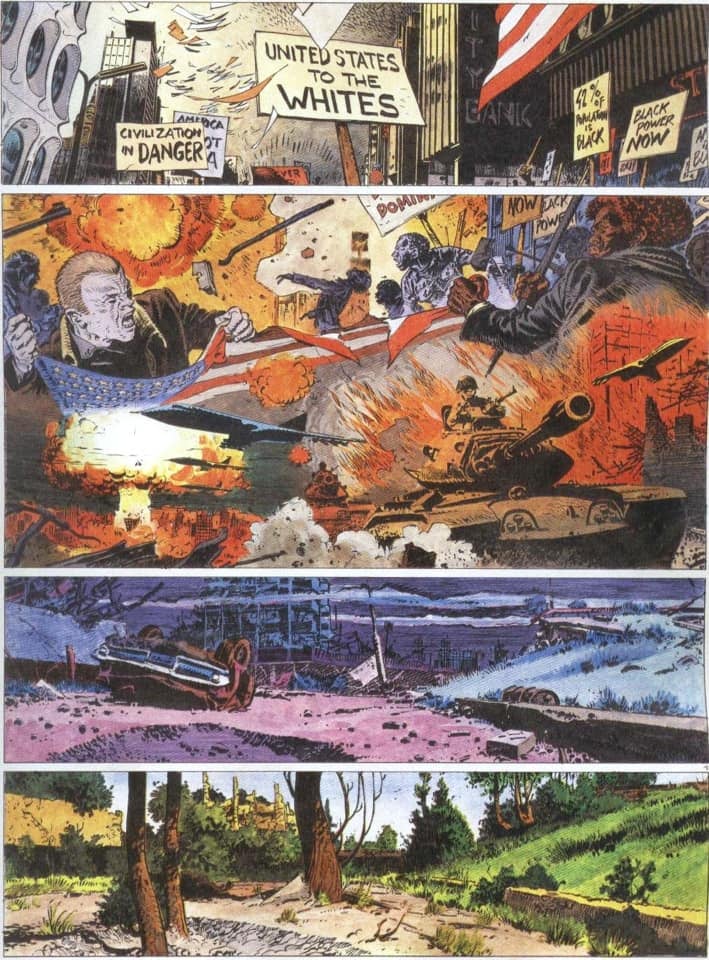