Asylum seekers who attempt to illegally enter Australia by boat will never be allowed back into the country, even if they legally apply for refugee status or come as a tourist decades later.

The tough new laws will be introduced by Immigration Minister Peter Dutton when Parliament returns, The Sydney Morning Herald reports.

Australia is currently the only country in the world to mandate the strict detention of illegal migrants and asylum seekers. Anyone entering or found to be in Australia without a valid visa is locked up on the islands of Nauru and Manus.

The new lifetime ban will apply to all adults held in detention centres from July 19, 2013, including those who have chosen to return home. Children will be exempt.

“This will send the strongest possible signal to the people smugglers”, commented Malcolm Turnbull, Australian Prime Minister and leader of the Liberal Party.

He said the government was locked in a “battle of wills” with “criminal gangs of people smugglers” and the new law reflected the governing Coalition’s “long-standing” position shared by various parties.

“It will send the strongest possible signal to those who are seeking to persuade persons currently on Nauru and in Manus that the Australian government will change its policy and allow them to settle here. It is incredibly important that we send the clearest message”, he continued. 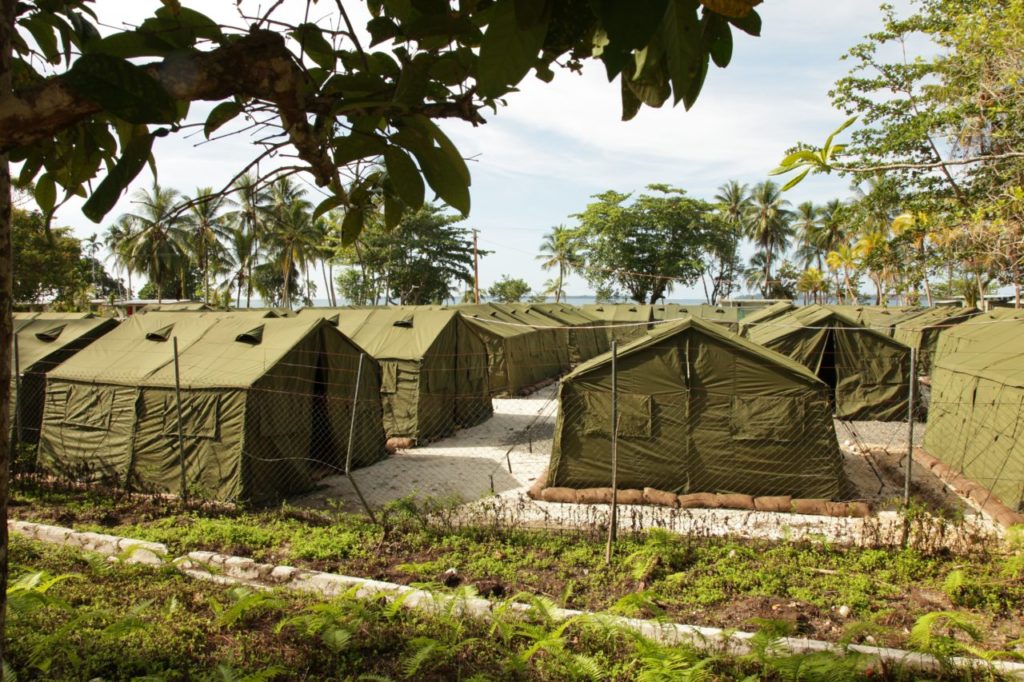 Facilities at the Manus Island Regional Processing Facility, used for the detention of asylum seekers that arrive by boat, primarily to Christmas Island off the Australian mainland, on October 16, 2012 (Australian Department of Immigration and Citizenship via Getty Images)

The Immigration minister explained that the new law was partly being implemented to stop activists and pro-mass migration campaigners from marrying failed asylum seekers just to get them into Australia.

“There is intelligence that I’ve seen about people wanting to travel to Manus lsland to marry some of the people from the regional processing centre, to try and create a process where they might come here on a spouse visa”, Mr. Dutton said.

“That is not acceptable. We are not going to allow arrangements that would subvert the program and the success we’ve had.”

Australia’s approach to immigration is vastly different from Europe’s, where migrants entering illegally are given the same chances to apply for asylum as those who pursue legal routes.

Australia sometimes turns back boats of illegal migrants, while those on vessels that make it to the mainland are detained. In Europe, the boats are often helped ashore or those aboard are given a lift to European ports. Critics say this “encourages” dangerous and illegal crossings.

He said it was “more important than ever to be brave”, and that Europe needed to consider changes to its immigration policy – including the possibility of turning back migrant boats.