BBC Radio 4’s Today programme has defended its decision to interview Lord Lawson in a segment on climate change.

The former Conservative chancellor said average global temperatures had declined over the past decade.

The Green Party said Lord Lawson had made “false claims” and prominent scientists including Professor Brian Cox criticised the interview.

But the BBC insisted it had a duty to inform listeners about all sides of a debate.

Lord Lawson, who was energy secretary in Margaret Thatcher’s government before becoming chancellor, is a critic of government policies on renewable energy.

He now chairs the Global Warming Policy Foundation, a think tank which describes itself as “open-minded on the contested science of global warming”.

He told Today that energy costs in the UK were high “because of our absurd, climate-driven energy policy”.

Lord Lawson also said that “official figures” showed that “during this past 10 years, if anything… average world temperature has slightly declined”.

However, this is contradicted by all the major global temperature datasets. The leading agencies, such as the UK Met Office and Nasa, all recognise a clear warming trend over this period, with 2016, 2015 and 2014 being the hottest years ever measured.

Lord Lawson’s comments followed an interview with former US Vice-President Al Gore, who was promoting the sequel to his hit documentary An Inconvenient Truth, which made the case for climate change caused by the burning of fossil fuels such as coal and oil. 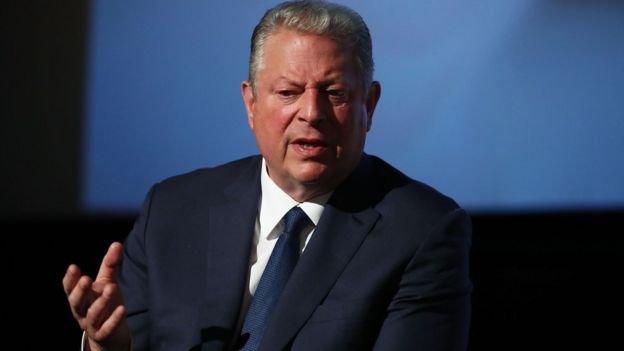 On the programme, Mr Gore made the economic case for renewable energy and said that “climate-related extreme weather events have grown far more numerous and far more destructive” in the 10 years since the first film.

It was suggested to the former Democratic presidential contender that he was going further than the scientific consensus but he said scientists around the world were “virtually unanimous on this and have been for decades”, adding that “record downpours” in the UK were a result of climate change.

Lord Lawson was asked why he thought Mr Gore was, in his words, “talking complete nonsense”.

The former cabinet minister said that “all the experts say there hasn’t been” an increase in extreme weather events, citing the Intergovernmental Panel on Climate Change (IPCC).

An IPCC working group has said: “Climate change may increase the risk of river and coastal flooding.”

Of Mr Gore, he said: “He’s like the man who goes around saying ‘the end of the world is nigh’ on a big placard.

“To begin with you might be a little bit scared but after 10 years of him doing that and the end of the world isn’t nigh then you think, well, maybe we should forget that and concentrate on real problems.”

In a letter to Today programme editor Sarah Sands, Green Party co-leader Jonathan Bartley wrote: “I was disappointed to hear the BBC give airtime to Lord Lawson during an important debate on climate change and the UK energy system.

“He made a number of points which were demonstrably untrue.”

Mr Bartley said the former chancellor had also “claimed that the UK does not subsidise fossil fuels, and implied that green energy companies receive more subsidies than fossil fuels”.

He claimed fossil fuel companies “have received £6.9bn for work overseas since 2000, while green energy companies have only received £39m since 2012 (when such subsidies began)”.

Mr Bartley also accused the programme of failing to challenge Lord Lawson’s claims. “It is false balance, and risks grossly misleading the public,” he added. 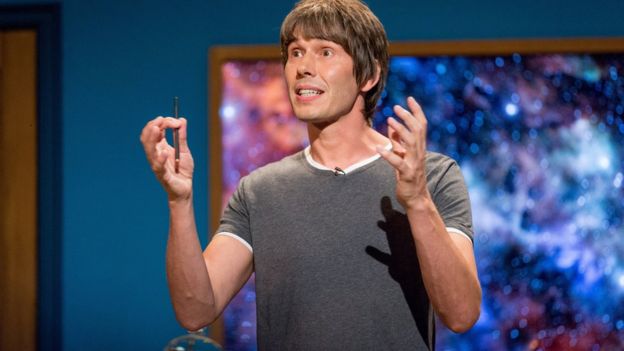 Physicist and BBC presenter Professor Brian Cox was among those who responded angrily to the interview on Twitter, saying it was “irresponsible and highly misleading to give the impression that there is a meaningful debate about the science”.

Fellow physicist and broadcaster Jim al-Khalili tweeted: “For @BBCr4today to bring on Lord Lawson ‘in the name of balance’ on climate change is both ignorant and irresponsible. Shame on you.”

He added: “There should be NO debate any more about climate change. We (the world minus Trump/Lawson et al) have moved on.”

In a statement, the BBC said: “The BBC’s role is to hear different views so listeners are informed about all sides of debate and we are required to ensure controversial subjects are treated with due impartiality.

“This split segment started with an interview with Al Gore, at 0710 and at twice the length of Lord Lawson’s interview, and concluded with Fisher Stevens responding after Lawson, who as chairman of the Global Warming Policy Foundation had set out their position on the economics of subsidising green energy.

“It was introduced by our environment analyst who will be examining some of the claims further on tomorrow’s programme.”

In this video I discuss the efforts to hide the 1970s global cooling scare, and the very disturbing history of the top people who were involved in both scams.

The ice age scare was front page news in 1970. Scientists said it was caused by burning fossil fuels, and would cause the Antarctic ice sheet to collapse – drowning coastal cities. They wanted to melt the Arctic and poison Africans to save the planet.

Front page of the Washington Post, January 11, 1970.  Colder Winters Held Dawn Of New Ice Age. “That’s the long range forecast being given out by climatologists” 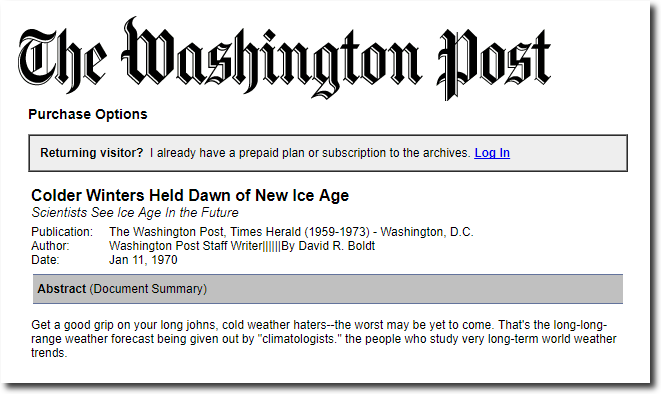