Phasing out coal, a feverish pursuit of green energy, new tax regimes — where have we heard all this before?

It is uncontroversial to call Ontario’s energy situation a disaster. As Premier Kathleen Wynne has herself conceded: Ontarians are now having to “choose between paying the electricity bill and buying food or paying rent.”

Wynne’s polling numbers suggest that most Ontarians know where to square the blame, with a pitiful 15 per cent approval rating and 58 per cent of the electorate believing she should resign.

However, Wynne alone shouldn’t bear the burden for the fact that hydro bills for the average consumer have skyrocketed over recent years; it was former premier Dalton McGuinty and his Liberal team from 2003 to 2012 — including his former principal secretary and “policy guru” Gerald Butts — who set Ontario on this financially bleak, dead-end road. And now, Butts is headed on the same path, leading not the premier, but the prime minister, on the way down.

‘The brains behind the operation’

Butts was, according to the Toronto Star, “the man they call ‘the brains behind the operation'” and the “policy architect of the Liberal government since 2003.” Butts departed from McGuinty’s government in 2008, but not before he and the Ontario Liberal team set the stage for the ill-fated Green Energy Act, in part, by signing onto dubious wind power projects and its cripplingly inefficient Renewable Energy Standard Offer Program (RESOP).

For those thinking Butts cannot be held responsible for the Ontario hydro plights of today and tomorrow, many past articles give — and Butts himself takes — credit for initially enacting and seeing through those energy policies. As the Toronto Star reported in 2012: “On his biography page at the WWF website, Butts cites how he was ‘intimately’ involved with the McGuinty government’s environmental initiatives.” Another Canadian Press article made it clear that Ontario’s energy policy was Butts’ design: “McGuinty’s plan, which called for replacing coal with a combination of conservation, renewable energy, natural gas and nuclear power, came from his senior adviser, Gerald Butts.” 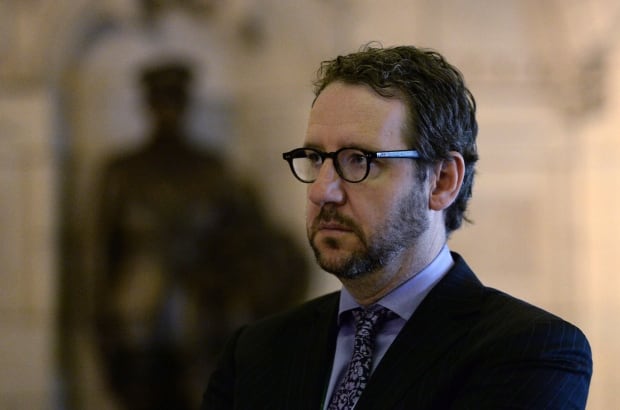 Butts has himself taken credit for McGuinty’s energy plan. (The Canadian Press)

Butts has graduated to the halls of Parliament Hill as Prime Minister Justin Trudeau’s own principal secretary, leaving behind a province still paying the price, literally, for his tenure. His promise to eliminate coal, for example — a worthy gambit, if done fiscally responsibly— cost Ontario consumers an extra $37 billion between 2006 and 2014, according to an auditor general, and is expected to cost another $133 billion from 2015 to 2032.

Now he’s doubling down, via the prime minister, on his green energy gambit by promising to enact carbon pricing regimes (read: tax) on all provinces by 2018 and phasing out coal by 2030, even as our neighbour and biggest competitor moves in the opposite direction. How team Trudeau sees a carbon-priced Canada competing against the U.S. on an off-kilter playing field confounds most people’s common sense.

The incoherence of the federal government’s energy plans is further evidenced by its approvals of the Pacific Northwest liquefied natural gas project — with a cap of 4.3 million tonnes of emissions per year — as well as Kinder Morgan’s Trans Mountain pipeline and Enbridge’s Line 3, combining to pump out about a million more barrels of cheap oil a day into the world market. Although the approval of these projects is great news for Alberta’s anaemic economy in particular (especially if they all actually come to fruition), they also create a conundrum: how can the government at once pledge to reduce Canada’s greenhouse gas emissions, while simultaneously increasing them through new pipeline infrastructure? Does it not undermine the government’s lofty goal of helping reduce overall emissions on the planet?

The federal Liberals, under the stewardship of Butts, has already run a projected $30 billion deficit in its first year in office. Phasing out all coal by 2030 will have a cost that will add to that deficit. (This sounds awfully familiar, no?) Forcing carbon taxes on all Canadians by 2018 will, in theory, be a revenue generator for Canada, yet it also promises to eat up more of Canadians’ paycheques, and potentially trigger businesses to flee to greener (and cheaper) pastures down south — a phenomenon that is of real and pressing concern for Ontario’s government.

The architects of Ontario’s energy fiasco are now stationed in the PMO. The whole country should be wary of the financial disaster of that province being replicated nationwide.