According to official NWS observations, snow was measured in Central Park early Saturday morning, tying the all-time record for the latest May snowfall set back in 1977 (solar minimum of cycle 20):

❄❄❄Snow in Central Park! In May! The Central Park Automated Surface Observing System (ASOS) recorded snow. This ties the record latest snow set on this day in 1977. pic.twitter.com/RBOHenr3ZG

CBS meteorologist Jeff Berardelli confirmed the event: “In New York City at Central Park this morning, it tied for the latest snowfall we’ve ever seen.”

A “significant” accumulation left Upstate New York looking like a winter wonderland, in the middle of spring — welcome NYC, to the next Grand Solar Minimum.

Whiteout conditions under this very heavy band of snow in Margaretville, New York. Almost 1in per hour rates! Can’t believe this is may 9th! pic.twitter.com/XwbIIdZpnb

The MSM often refers to this phenomenon as the “polar vortex”, and its latest play is to blame a warming Arctic. However, for decades prior to the inception of the global warming scam, scientists were confidently linking an increase in both the intensity and regularity of these events to sharp reductions in the Sun’s output.

“It is very strange because typically the polar vortex may visit a few times during the wintertime,” said Berardelli. “It almost never comes down here in May. As a result, we have dozens and dozens of records being shattered in the eastern part of the country.”

More like hundreds of records Berardelli — this is an incredibly rare event:

Freeze watches are in place from the Midwest to the Northeast, and many more records will likely be shattered next week, with temperatures plummeting again Tuesday morning.

“This cold front is forecast to reinforce the abnormally cold air-mass in the eastern U.S. to kick-off the upcoming week,” reads the National Weather Service website. And over the weekend, “well below average temperatures with widespread record lows are likely across the Eastern, Central and Southern U.S.” with “freeze watches and warnings along with frost advisories are in effect,” across the eastern two-thirds of the U.S., it said…

…more worrying news for growers up and down the continent.

The COLD TIMES are returning, the lower latitudes are REFREEZING; in line with historically low solar activity, cloud-nucleating Cosmic Rays, and a meridional jet stream flow.

The MSM needs to wake to these facts and warn the population of what’s really coming. There is no such threat as a CO2-induced heating apocalypse, the opposite is actually closer to the truth — the COLD TIMES are returning, and the crop loss, civil unrest and famines these periods bring are all-but upon us.

Prepare accordingly — learn the facts, relocate if need be, and grow your own.

What does the “Green” Rent & Grant Seeking Activists and Criminals (mostly Criminals) say about that?:

New Scientist: Global Warming has Already Made Parts of the World Unsurvivably Hot

Snowfall a month early in Argentina

Global Mean Temperature Flattens the Past 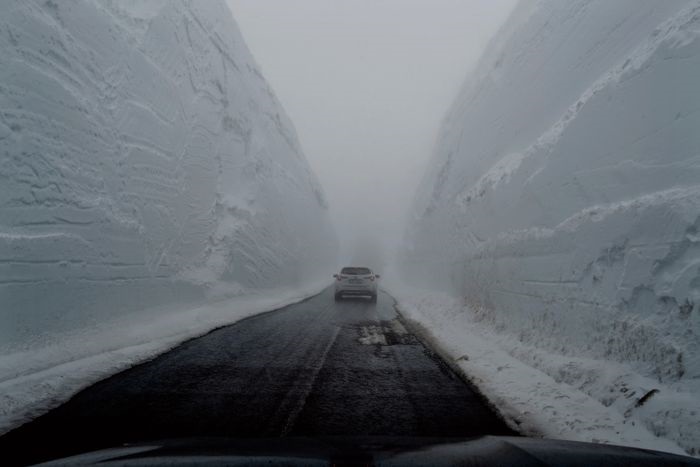