There’s at least one thing China does right. A worldwide ban of the ideology is the only cure.

China sees Islam as a growing problem and has increased its actions against Uighur Muslims in the country. According to UN and U.S. officials, around one million Muslims have been put in Chinese internment camps until now.

Inmates told that in the camps Muslims are forced to reject Islam and learn Communist Party songs every day. Other reports say that inmates are forced to eat pork and drink alcohol.

While the camps were at first created to battle extremism of Uighur Muslims, now even a long beard – as part of a Muslim identity – can result in being sent to a re-education camp. The consequence is that almost every Uighur Muslim risks to be sent away for ‘re-education’.

“Members of the public who have been chosen for re-education have been infected by an ideological illness. They have been infected with religious extremism and violent terrorist ideology, and therefore they must seek treatment from a hospital as an inpatient.”

“The religious extremist ideology is a type of poisonous medicine, which confuses the mind of the people. … If we do not eradicate religious extremism at its roots, the violent terrorist incidents will grow and spread all over like an incurable malignant tumour,” the radio statement broadcast via WeChat to Uighurs last year, said.

After being confronted by a UN panel a Chinese official says there are “no such things as re-education centres”.

According to James Millward, a professor of Chinese history at Georgetown University, “Religious belief is seen as pathology”.

“So now they’re calling re-education camps ‘hospitals’ meant to cure thinking. It’s like an inoculation, a search-and-destroy medical procedure that they want to apply to the whole Uighur population, to kill the germs of extremism,” Millward adds.

The professor could be right as a later excerpt of the audio broadcast shows that it’s not necessary to commit a crime, but the Islamic ideology itself is already considered extremist:

“Although a certain number of people who have been indoctrinated with extremist ideology have not committed any crimes, they are already infected by the disease. There is always a risk that the illness will manifest itself at any moment, which would cause serious harm to the public.

That is why they must be admitted to a re-education hospital in time to treat and cleanse the virus from their brain and restore their normal mind.”

Dalai Lama causes controversy by telling Muslim migrants that Europe is for Europeans, and they need to go back home to the Middle East 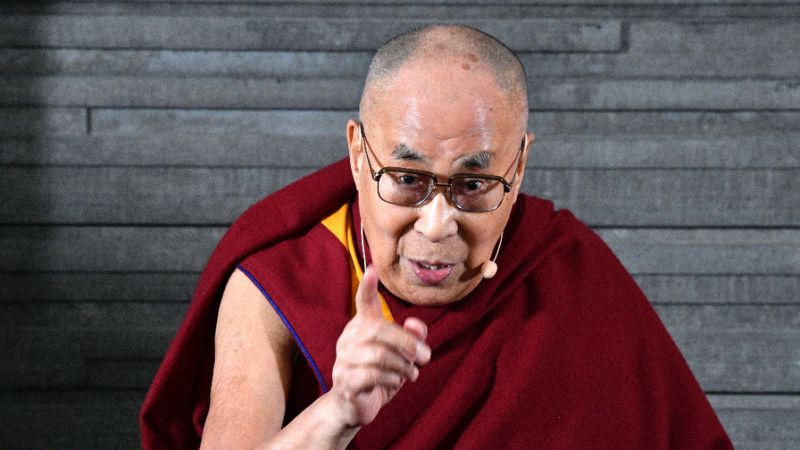 The exiled spiritual leader of Tibet said Wednesday that, while Europe can help refugees, “Europe belongs to the Europeans” and migrants should rebuild their homelands.

The Dalai Lama made the comments at a conference in Malmo, Sweden, which has struggled with an increase in rape and violent crimes correlating to an increase in refugees from Syria and other predominantly Muslim countries. The Dalai Lama argued that European countries were “morally responsible” for assisting “a refugee really facing danger against their life,” but that refugees should ultimately go back and rebuild their home countries. (Pope’s ‘Don’t Close Your Doors’ Refugee Initiative Begins On The 445th Anniversary Of Papal Army Driving Out Islamic Invaders)

“Receive them, help them, educate them … but ultimately they should develop their own country,” the Dalai Lama said, according to AFP.

“I think Europe belongs to the Europeans,” he added, saying “they ultimately should rebuild their own country.”

The spiritual leader’s comments likely struck a chord with locals, as Sweden has experienced an explosion in violent migrant gang-related incidents, many of which involved military-grade explosive devices, since 2014 when over 100,000 asylum seekers from predominantly Muslim countries settled in the area.

The Dalai Lama also made similar comments concerning refugees in Germany in 2016, saying that “Europe, for example Germany, cannot become an Arab country.”

“Germany is Germany. There are so many that in practice it becomes difficult,” he said, according to Independent.

“From a moral point of view, too, I think that the refugees should only be admitted temporarily,” he added.

The Dalai Lama clarified at the time that he had compassion for refugees, especially those fleeing from war, but said now the goal of aid should be their return to their homelands.

“When we look into the face of every single refugee, especially the children and women, we can feel their suffering,” he said. “The goal should be that they return and help rebuild their countries.”

The Dalai Lama has remained in exile since 1959, when he escaped Tibet and settled in India with tens of thousands of followers after Chinese communist troops took over the region. The Indian government agreed to grant asylum to him and his followers and also granted voting rights to Tibetans born in India. The Indian government also bore all expenses related to establishing schools for Tibetan children in the country.