‘The Hundred-Year Marathon’ author Michael Pillsbury on the Trump administration’s efforts to reach a trade deal with China. 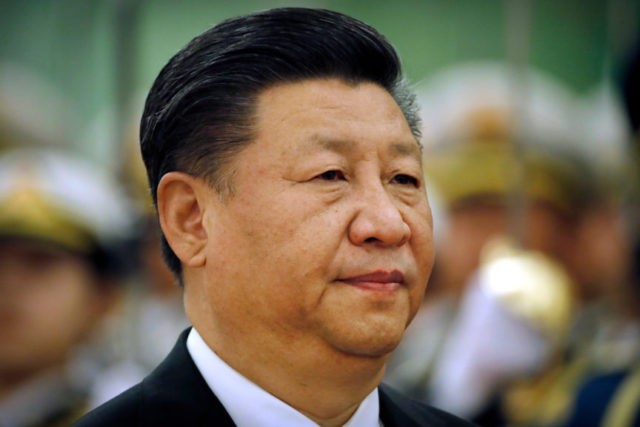 Trump asked Kudlow in the Cabinet meeting how the U.S. economy was doing compared to China’s economy.

“The latest batch of numbers from China,” Kudlow said, “their economy is just heading South.” He continued, “Right now, their economy looks terrible.”

Kudlow commented that retail sales were down and business investment was “collapsing.”

“Mostly, I think investors are moving out of China because they don’t like the economy and they’re moving to the USA because they like our economy,” he told the room. “I would just say right now, their economy looks terrible.”

“The single biggest story this year is an economic boom that is durable and lasting that most people thought was impossible, and they were wrong,” he said in closing.

A few months back the U.S. and China were sending trade delegations back and forth between China and the U.S. to negotiate trade agreements between the two nations. That appeared to break down to some extent as the two nations began trading tariffs warnings to one another. The U.S. has imposed tariffs on tens of millions in Chinese imports with President Trump’s warning of tariffs on hundreds of millions more in Chinese imports to the United States. China has issued retaliatory tariffs on U.S. exports that have appeared to be aimed at U.S. industries that could have a political effect on the U.S. president.

Thursday morning, news broke that China will send an envoy of lower level trade officials to the U.S. for meetings with U.S. officials. Meetings have been set for late August and will center around “issues of mutual concern,” according to China’s Commerce Ministry.