1. The pictures are not the same, during Obama’s speech and before Trump’s speech .. Really, is it really this hard?

2. What it means to give the government back to the people is to take away the power of the lobbyists and special interests. Yes, he still need the Congress and the house, some of them might still be working for others than the American people. 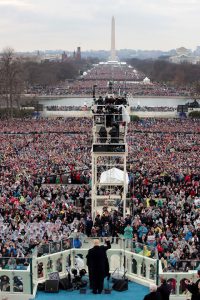 Priebus to Wallace: “It’s really not about crowd size, what it’s about is honesty in the media”

Honesty in the media is absolutely worth fighting for. For example, if the media was honest the Man Made Global Warming swindle wouldn’t be possible. That swindle alone has cost trillions and caused millions to die.