As a massive iceberg broke away from western Antarctica sometime between Monday, July 10th and Wednesday, July 12th many climate change activists quickly used the phenomenon to support their case for global warming. Contrary to what climate activists promulgated, a UK-based research team, who have been observing the iceberg for years, say this event is what they’ve been expecting all along and is in no way linked to global warming.

It is the largest iceberg ever recorded to have broken off the Larsen C ice shelf in Antarctica in a process known as calving. The massive iceberg weighs 1.12 trillion tons and measures 5,800 square kilometers (2,239 square miles) with a volume twice the size of that of Lake Erie, according to the MIDAS Project.

Dr. Martin O’Leary, a Swansea University glaciologist and a member of the MIDAS project team said in a statement on the project’s website that: “Although this is a natural event, and we’re not aware of any link to human-induced climate change, this puts the ice shelf in a very vulnerable position. This is the furthest back that the ice front has been in recorded history. We’re going to be watching very carefully for signs that the rest of the shelf is becoming unstable.”

Scientists continue to say that there will be no immediate impact to sea levels nor repercussions and will continue to monitor its impact for years to come.

“We have been anticipating this event for months, and have been surprised how long it took for the rift to break through the final few kilometers of ice,” Professor Adrian Luckman of Swansea University, lead investigator of the MIDAS project said in a statement.

Scientists say this is normal and don’t expect much to change in the coming years.

Today on “Pat & Stu” the guys poked fun at the left’s inability to process the information provided by scientists which debunk their dire claims of climate disaster and invalidates their accusatory rhetoric toward conservatives who they say “deny” science.

1956 Iceberg Was The Size Of Massachusetts and Connecticut Combined

Climate fraudsters are busy today touting an Antarctic iceberg the size of Delaware. In 1956, an iceberg five times as large broke off, and it was the second one that year.

Massachusetts + Connecticut is much larger than Delaware. 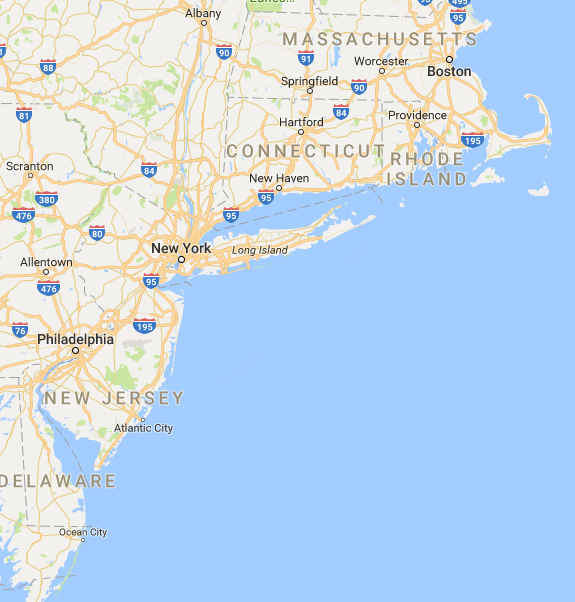 With climate alarmists, it is all misinformation, all the time.

Fake News From Antarctica About Icebergs

The press is reporting that the largest iceberg ever broke off from Antarctica, and that is due to your SUV.
As with essentially everything the press reports, the story was just fake news.

Happening now. Ice berg broke out in Antarctica. Watch out