According to BuzzFeed News, CNN may skip the White House Correspondents’ Association dinner in April.

Two sources familiar with the matter told BuzzFeed the network is still “discussing internally” if staffers will be sent to the April 29 event at the Washington Hilton.

“We haven’t made a decision,” Matt Dornic, CNN’s vice president of communications, told The Hill on Friday.

MSNBC has also not decided whether to attend the event, a source familiar with the situation told The Hill.

In recent years, CNN has covered the event extensively, with reporters on the red carpet interviewing the celebrities and media stars in attendance. CNN anchors Don Lemon, Wolf Blitzer and Jake Tapper, among others, were on hand for last year’s event with former President Obama. 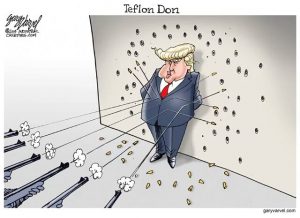 President Trump announced on Twitter he will not attend the media’s annual White House Correspondent’s dinner. This move makes sense since there is truly no point in spending a night pretending to be chummy with a bunch of liberal propagandists.

I will not be attending the White House Correspondents' Association Dinner this year. Please wish everyone well and have a great evening!