According to Avlon, if the United States continues to ignore climate science, “the cost of lives and dollars will escalate.”

“On the same day Trump was discussing [Hurricane] Florence, his EPA proposed rolling back restrictions on emissions of methane. That’s just the latest environmental policy targeted by the Trump administration,” Avlon stated.

He went on to note how two Harvard scientists claimed Trump’s policies and getting the country out of the Paris Climate Agreement could lead to 80,000 deaths every decade.

“It is so bad according to two Harvard scientists said it could lead to 80,000 unnecessary deaths every decade,” said Avlon. “Warmer water means more intense storms. When President Trump called Hurricane Florence tremendously wet, he was actually on to something.”

He later concluded, “This isn’t rocket science, folks, it’s climate science. And as long as we continue to aggressively ignore it, the cost in lives and dollars will escalate. That’s your reality check.”

Nolte: From Terrorist to Hurricane Creator; WaPo Ramps Up Hate Campaign Against Trump 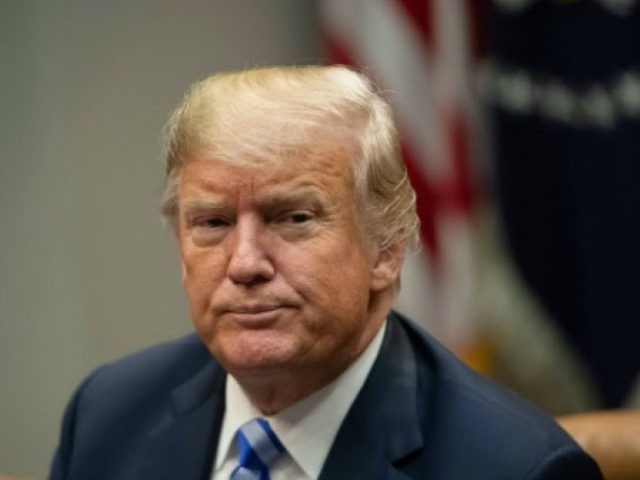 Within hours of telling the American people President Trump is worse than the 9/11 terrorists, the Washington Post blamed him for Hurricane Florence.

Despite the documented escalation of political violence against the political right over the past couple of weeks, on Tuesday, the 17th anniversary of the September 11 terror attacks, the far-left Washington Post published a column by MSNBC’s left-wing Joe Scarborough where the Morning Joe co-host argues Trump is more dangerous to America than the Islamic terrorists who hit the Pentagon and World Trade Center 17 years ago.

Not to be outdone, later that same day, the Post’s left-wing editorial board blamed Trump for Florence, a Category 4 hurricane threatening the coasts of North and South Carolina.

Although he has only been president for some 20 months, the editorial headline declares Trump “complicit” for a hurricane that “is about to batter our coast.”

After warning readers that Florence “has the potential” to “menac[e] millions of people,” the fear-mongering editorial lays the blame for a perfectly normal weather phenomenon at Trump’s feet, as though those millions menaced by Florence should blame the president for their potential troubles.

“Yet when it comes to extreme weather, Mr. Trump is complicit. He plays down humans’ role in increasing the risks, and he continues to dismantle efforts to address those risks,” the irresponsible editorial screams.

Nowhere does the Post point out America has suffered hurricanes, including catastrophic ones, going all the way back to our founding. Hurricanes hitting the American coast are not a new phenomenon — are not something brand new that arrived with the Trump presidency.

The Post editorial board also spreads the fake news that Florence “will be the strongest storm on record to land so far north.”

This is simply not true.

The truth is that Hurricane Hazel, also a Category 4, hit North Carolina and South Carolina all the way back in 1954.

What’s more, Trump was only eight years old in 1954, so he could not have been “complicit.”

Although there has been a wave of unprecedented violence and threats of violence against Trump and his supporters over the last 36 months, in the space of only 24 hours, the Washington Post still chose to launch this irresponsible and inflammatory ad hominem against a sitting president.

To declare a president, any president, worse than the 9/11 terrorists and to blame him for a potentially deadly hurricane, is the kind of language that will only incite more violence and inflame more hatred and division.

This kind of hate-rhetoric is not only dangerous; it makes no sense against an objectively successful president whose policies have brought the American economy roaring back to life.

Currently, and thanks primarily to Trump’s policies at home and abroad, America is enjoying a long-overdue era of peace and prosperity.

Apparently, with nothing of substance for which to criticize the president, and with the Russian Collusion Hoax collapsing, all the extremists at the Post can do is hope to distract from Trump’s success by hurling hate — even if the consequences of that hatred means increasing this epidemic of left-wing political violence against the president and his supporters.