788 out of 822 companies stopped advertising at Huffingtonpost.com after being urged by Florida Family Association readers to pull off the website because of the objectionable content continuously posted at the website including:

The publishing of numerous articles that promote Islamic extremist propaganda

Blaming Christian ‘Islamophobia’ for the worldwide conflicts with Muslims

Targeting the American military as “racists” 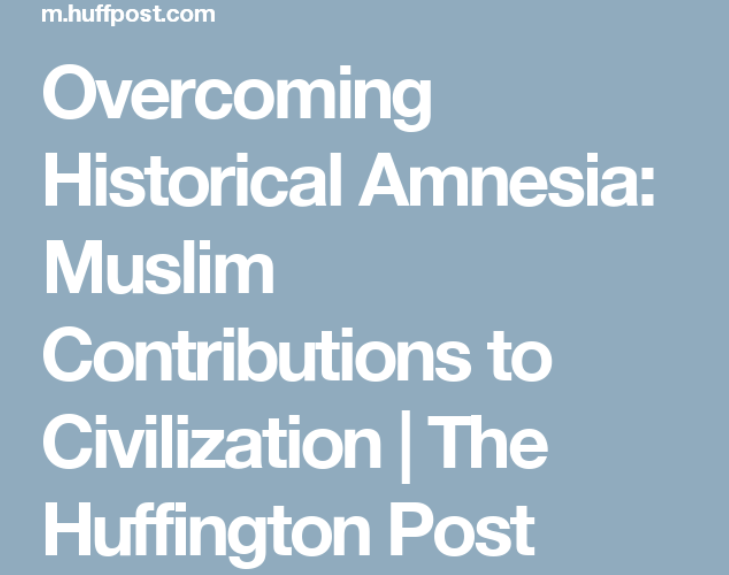 Why is it important to urge companies to stop advertising at Huffingtonpost.com?

•    The Huffington Post’s large number of readers and high volume of pro-Islamic extremism reports makes it a leading proliferator of Islamist propaganda in the United States.

•    Islamophobia propaganda is the top tool Islamists use to influence Americans to ignore advancement of Sharia doctrine in the United States. Unfortunately, it intimidates people to the point of stifling free speech in a manner that hurts public safety and allows Sharia to thrive. 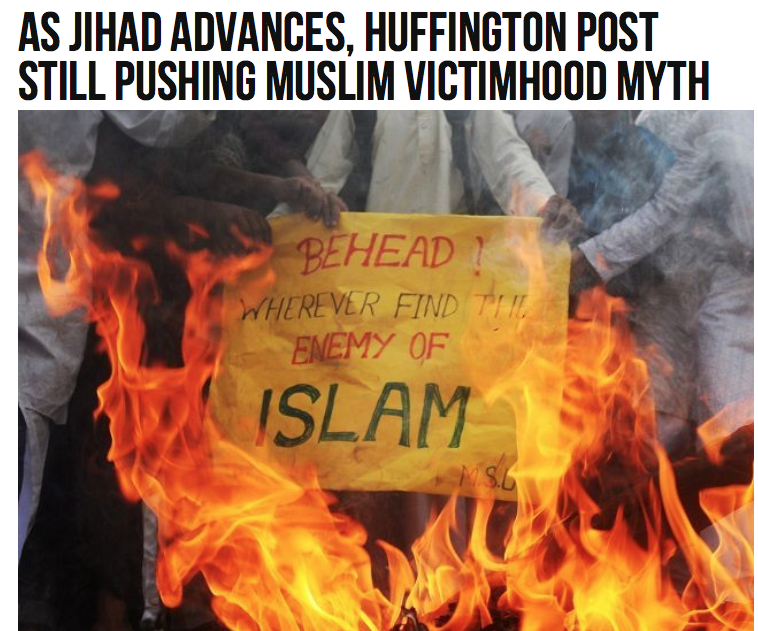 •    The  Huffington Post’s  frequent  pro-Islamist reporting feeds the Hate America crowd with more reasons to defend Islamists and ignore the harmful direction that results from its acceptance.

•    Florida Family Association’s opposition campaign educates thousands of officials at American companies about the harm caused by erroneous Islamophobia propaganda and pro-Islamist reporting.  The thousands of emails that company officials receive reveal that there are many Americans who find Islamist propaganda deceitful, harmful and offensive.

HuffPost Starts Tracker of ‘Deplorable Wave of Hate’ Against Islam

Florida Family Association will continue to vigorously counter one of the top leftist sites in America that publishes Islamic extremist propaganda.

In the wake of an Islamic terror attack in Nice, France that killed 80 people, HuffPost reported“Asking American Muslims to swear off Sharia law is a violation of religious liberty.”  HuffPost was reacting to former House Speaker Newt Gingrich’s public call for American Muslims to be “tested” and deported if they “believe in Sharia” law.   Huffingtonpost.com defended Sharia law in its article titled 5 Things You Need To Know About Sharia law.  Many of the oppressive and violent tenets of Sharia law are antithetical to the rights afforded citizens by the Constitution of the United States.

Huffington Post published an article written by Ben Piven on January 12, 2017 titled “Why Al Jazeera America Failed, And Why We Need It More Than Ever.”  The subtitle stated “America desperately needs something similar to pioneer this new era of uncertainty and misinformation.”  Ben Piven “was at Al Jazeera for over 5 years, including several years at AJAM in New York City and also in Doha at AJE during the height of the Arab Spring.” 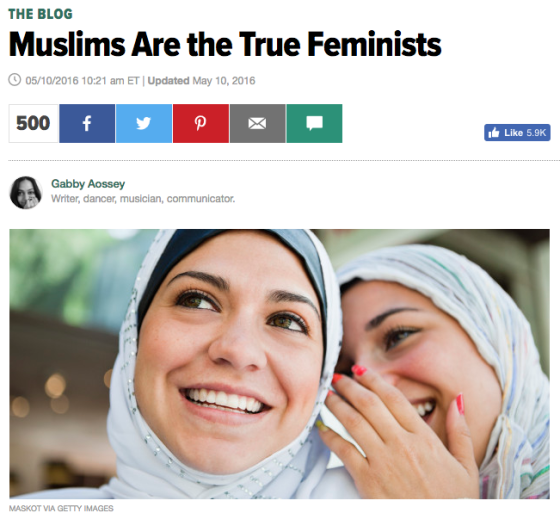 The Huffington Post Arabic edition is run by two hardline Islamists according to a report published by Breitbart.  Anas Fouda, an Egyptian native now living in Muslim Brotherhood-friendly Turkey, is the new editor-in-chief of HuffPost Arabi. He was arrested by UAE authorities in 2013 after being charged with being a leader in the Islamic terror group, according to a NOW Lebanon, which linked to an article in which Fouda allegedly admitted that he has been a member of the Brotherhood since 1988. Prior to becoming the Huffington Post Arabic editor, Fouda was an executive producer at Al Jazeera Arabic, a network headquartered in Qatar which has rabidly pro-Muslim Brotherhood biases.

The Huffington Post’s Arabic venture was created after the left-wing news network teamed up with Integral Media Strategies, an organization led by Wadah Khanfar, who was previously employed as Al Jazeera Arabic’s managing director. Khanfar, like Fouda, has been arrested by an Arab government (Jordan) on suspicion that he was a leader in the Muslim Brotherhood terror group. Additionally, Zvi Mazel, the former Israeli Ambassador to Egypt, has in the past noted with certainty that “Wadah Khanfar is a Muslim Brother,” and that the former Al Jazeera chief turned the network into a “weapon in the service of” the Muslim Brotherhood.

Huffington Post propaganda mocks, belittles and blames people who are concerned about the  Islamic threat in a manner that impairs the willingness of some people to speak up for public safety.  Their propaganda erroneously blames alleged Islamophobia for the worldwide conflict between Muslims and infidels.

Huffingtonpost.com published an article on August 18, 2017 that calls America’s finest, our soldiers “racist” in its article titled “Becoming A Racist: The Unfortunate Side Effect Of Serving Your Country?”

Huffingtonpost.com’s most recent racist anti-white, anti-Christian column titled “White evangelicals will never make America great again” was published on July 1, 2018. Huffingtonpost.com published a column on its home page titled:  White Evangelicals Are The Most Fragile Of All White People.   The column is a sordid collection of unsubstantiated attacks on the character of “white evangelicals” and Christians.

HUFFINGTON POST: What Covering Hate As A Muslim Journalist Taught Me About The Media 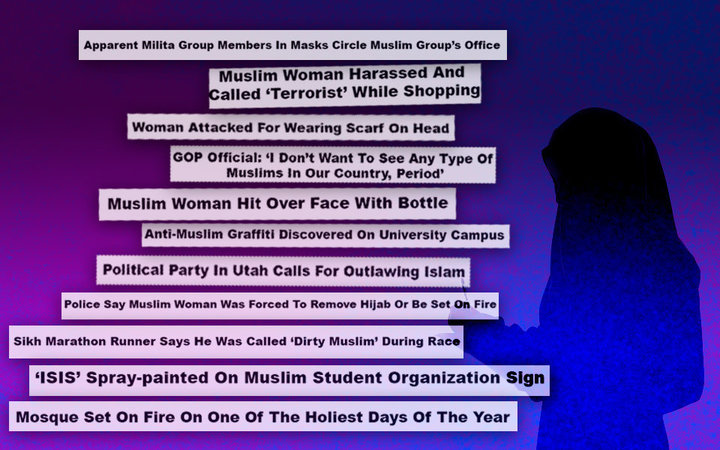 Florida Family Association started sending emails in April 2016 to encourage the CEO and Marketing Vice President of companies that advertise at Huffingtonpost.com to stop supporting the progressive website’s offensive bias with their advertising dollars.

I am honored to say that Bare Naked Islam was part of the effort by Florida Family that convinced enough advertisers to withdraw their ads from The Learning Channel’s “All American Muslim” TV show, that the network cancelled the show:

As Florida Family stated: “The Learning Channel’s new show ‘All-American Muslim’ is propaganda clearly designed to counter legitimate and present-day concerns about many Muslims who are advancing Islamic fundamentalism and Sharia law.  The show profiles only Muslims that appear to be ordinary folks while excluding many Islamic believers whose agenda poses a clear and present danger to liberties and traditional values that the majority of Americans cherish.” 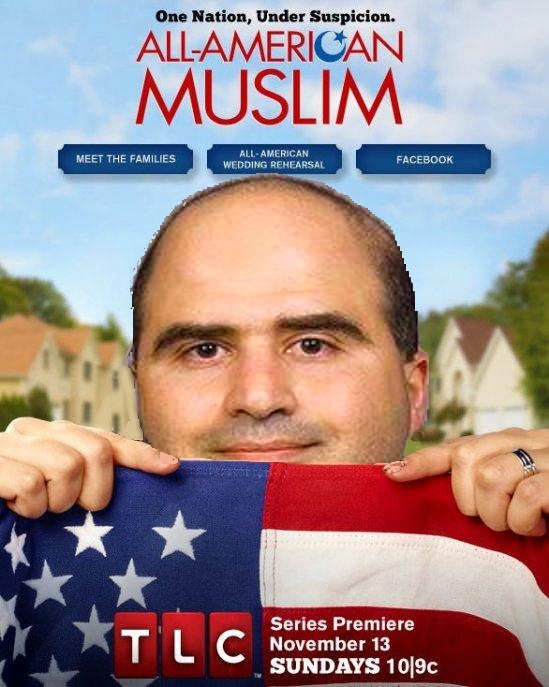 34 Companies that Continued Advertising as of June 30, 2018.  (Linked names have active email campaigns.)