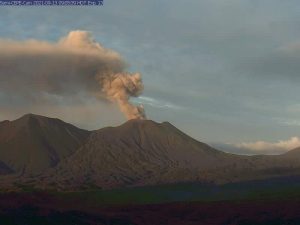 While a strong eruption is currently hitting La Palma in the Canary Islands, a red alert warning has been issued by scientists stating that a “major eruption” is imminent at an Alaskan volcano.

Volcanologists have stated that the major volcanic eruption is underway with hazardous activity both on the ground and in the air.

Seismic observations represent an increase in eruptive activity at the site of the volcano. Scientists have upgraded the Aviation Color Code and Volcano Alert level to a red warning.

The volcano is called Semisopochnoi. It is located on Unyak Island, which is part of the Rat Islands group in the western Aleutian Islands of Alaska.