The dishonest mainstream media has attempted to cast doubt into Trump’s positions. Most have tried to cast doubt on his being against the war with Iraq and some have questioned if he was really against NAFTA as well.

The good news is, definitive proof has been found that Trump was against NAFTA. So the next time anyone questions if Trump was REALLY again NAFTA, you can send them this. 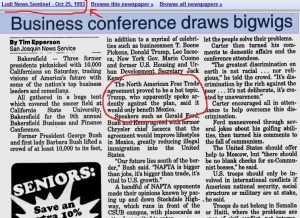 “The North American Free Trade agreement proved to be a hot topic. Trump, who apparently spoke ardently against the plan, said it would only benefit Mexico”.