Here is the chart that demonstrates the scale of the fraud (as nailed by Steven Goddard). 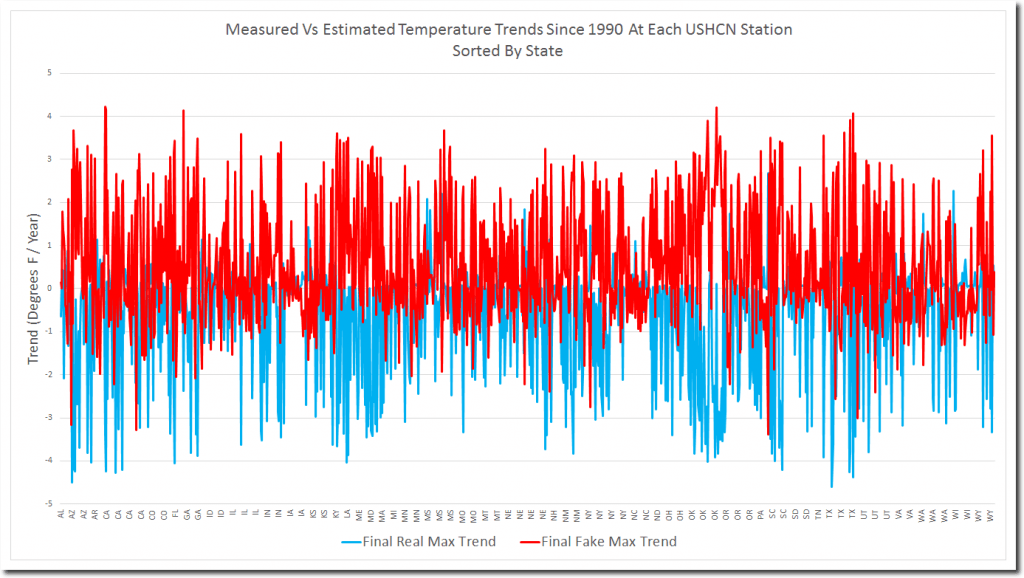 You don’t need to be a scientist to see the hoax here: it’s there in blue and red. The blue is based on the raw data from weather stations in each of the U.S. states since 1990, which clearly shows a downward (ie cooling) trend. The red is what the data from these same stations shows after the climate fraudsters at NOAA have “adjusted” it. Now, instead of cooling it shows warming.

Well if nothing else, you’ve got to admire these guys’ chutzpah. As we saw from yesterday’s story Global Warming Is Almost Entirely Natural, Study Confirms, global mean temperature is currently about one degree C colder than it was at the height of the Medieval Warming Period about 850 years ago. So alarmist scientists have had to work pretty hard to advance their claim that recent warming is dramatic, unprecedented and largely man-made. Here they are, caught red-handed, torturing the data till it screams.

Let’s look at it another way. Here’s the measured surface temperature data in the U.S. since 1990 (Note: no warming trend) 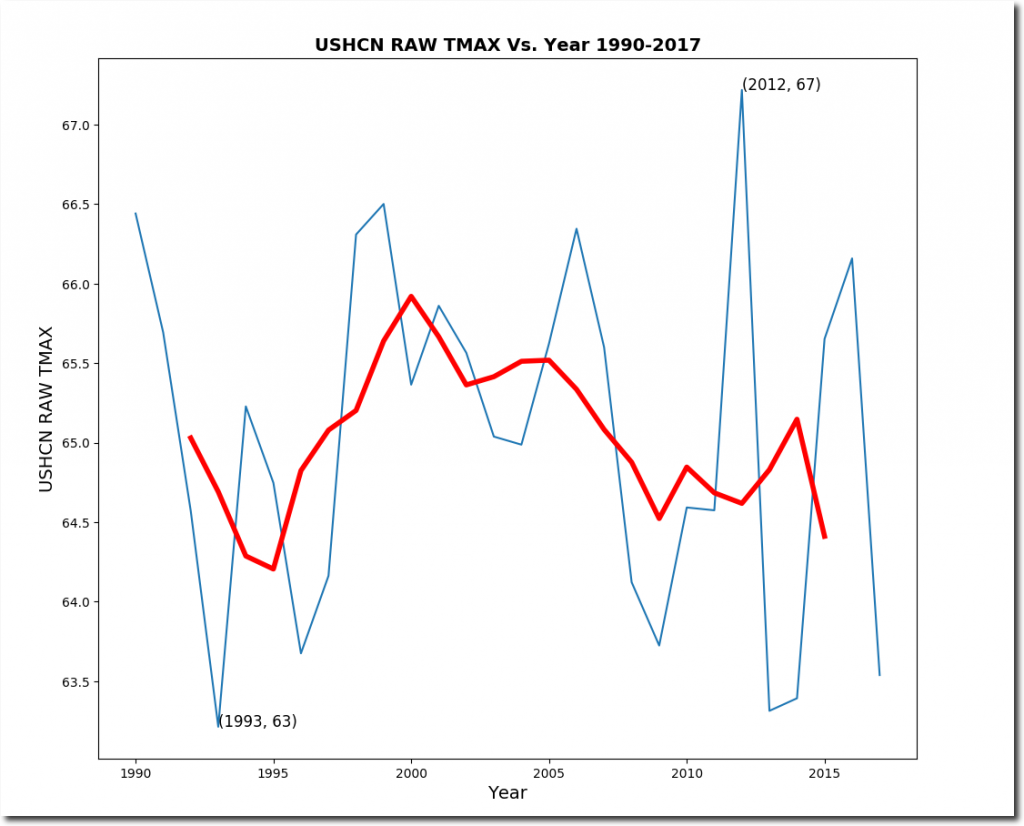 And here is the data – now adjusted by NOAA so that it shows the desired warming trend. 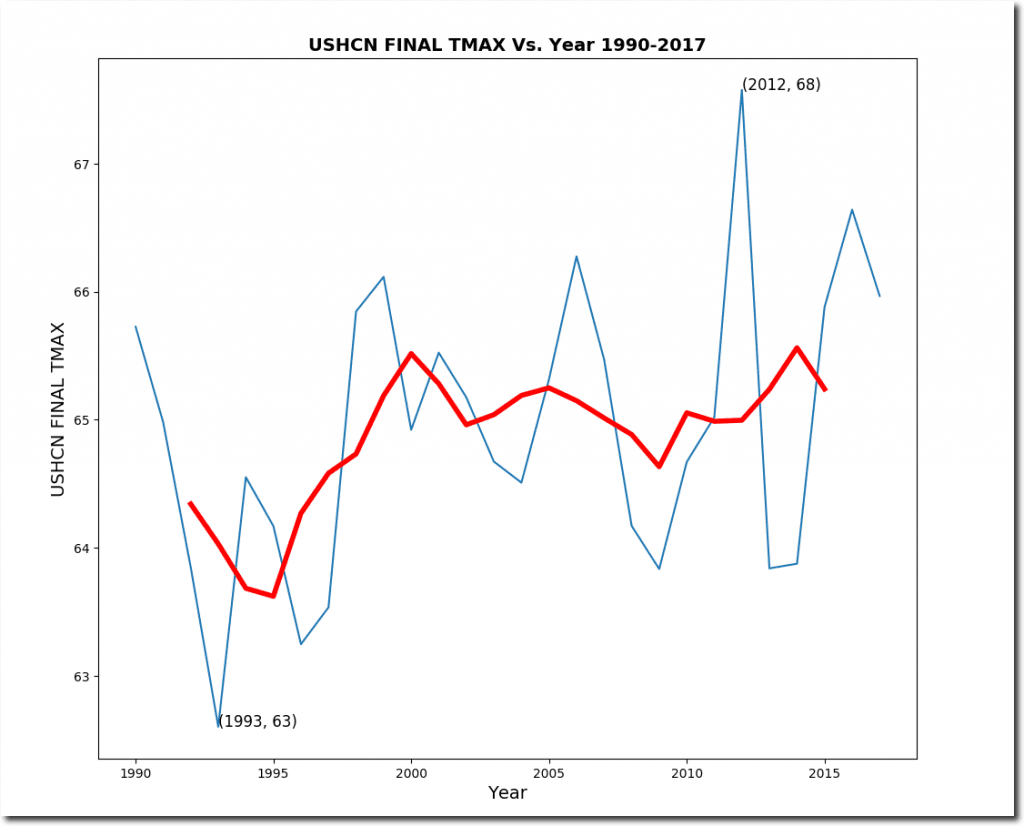 As Goddard notes, it’s even worse than it looks. USHCN – that’s the United States Historic Climatology Network, which is maintained by the National Oceanic and Atmospheric Administration – has since 1990 been losing its real temperature data at a “phenomenal rate” and substituting its made-up data instead.

How do they get away with this stuff?

For the same reason a dog licks his balls.

At least they have been able to do so up till now.

Over to you, President Swamp Drainer…